As a little girl I loved going through my mother’s pretty things. After she died, I could barely bring myself to touch them. Here’s how I got through it.

Like many little girls, I used to enjoy playing with my mother’s pretty things.

“These will be mine one day!” I’d exclaim during one of our regular weekend “let’s-go-through-Mommy’s-closet” sessions, tottering about in four-inch red stilettos that last saw the light of day in a 1970’s disco club.

“I hope you enjoy waiting,” she’d laugh, cross-legged on the closet floor as I fished a scarab necklace out of her ivory leather jewelry box. “Because I don’t plan on going anywhere for a long, long time.” We’d smile at each other. This woman was so vivacious that we couldn’t imagine a time when she wouldn’t be around. 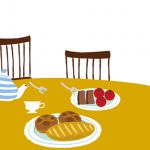 Guess Who’s (Not) Coming to Dinner? 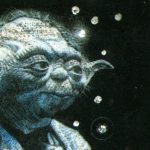 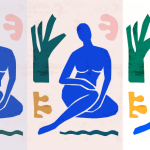 Unfortunately, the universe had other ideas. Shortly after my 30th birthday, my mother was killed in a car accident. She was returning home to Philadelphia from our annual Adirondack family camping vacation, a month shy of 64.

One second my best friend was alive. The next she wasn’t. There’d been no chance to say goodbye, or consider everything I’d want to tell her before she was gone, or to ask the same of her. And, incredibly, there were no written directives for what to do with her belongings.

My father and I were deeply traumatized for months after her death. Neither of us could bring ourselves to touch any of her things in the house. To do so would be to confirm that my mother was really just not coming back, ever. The only indulgence I allowed was to wrap myself in her soft pink and grey bathrobe and curl up in her favorite piece of furniture: a Saarinen womb chair, the one she’d spent hours in while pregnant with me. A womb ensconced within a womb.

About a year down the line, my father told me to take care of things. He couldn’t be surrounded by the stuff for much longer. Life had to move forward, somehow, for both of us.

And so, I started a months-long sentence sifting through her belongings. It was one that would intimately acquaint me with both the plastic bin section of Bed Bath & Beyond and the Russian sales rep at the moving company repeatedly shuttling boxes to my freshly-rented storage unit in New York City.

My strategy? None, really. Other than aimlessly roaming from room to room while avoiding her closet at all costs.

My husband jokes that my thought process is driven by visibility. It’s why I regularly forget about any food not displayed front and center in the fridge. Opening drawers and cabinets back at my parents’ place, I was gripped by a desperate fear of tossing out the most innocuous items, like a shopping list or bank-branded calendar from 2002. The minutia added up to a major part of my mother’s history, and, by extension, my own. I’m her only child. If I got rid of them, I wondered, would I forget the little memories, since nobody else would remind me of them? 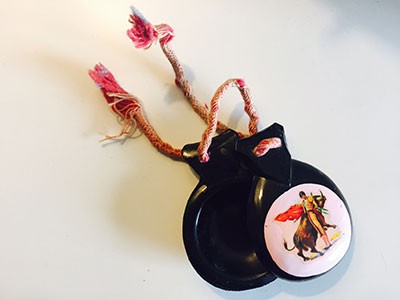 An emotional landmine, disguised as castanets.

Mercifully, there was a healthy dose of comic relief. The discoveries of a beginner bridge class registration form (one she’d repeatedly taken). Her screensaver (a scrolling note to my tech-klutzy father: “Ray, back off! Do NOT touch this computer! ☺”).A yellow bar of vegan glycerin soap proclaiming “FUCK” in suspended multicolored letters my cousin had gifted her one holiday season, henceforth launching the family exclamation “fucksoap!” when life got tough.

There were also emotional sneak attacks. The appearance of brilliantly written papers on 19th- and 20th-century American art from her docent studies at the Pennsylvania Academy of Fine Arts (how hadn’t I fully realized her gift for teaching?). A printed email to an old friend revealing my mother had been deeply grieving her own mother – my grandmom – who died only six months before her car accident. Nearly everything went directly into bins, where they’d slumber in that storage unit for the foreseeable future.

Eventually, the closet was all that remained. A place that was once charged with a sense of gleeful discovery now felt like the setting for an act that was nearly illicit. Everything was there for the taking. But this wasn’t how I wanted to receive it. I was nervous to move her wedding “gown,” a long hot pink woven dress she’d purchased in Mykonos. And even though I couldn’t fathom publicly wearing her favorite t-shirt, which shouted “Recycle or Die!” and displayed a garland of wildflowers, I kept it. For the most part, I kept it all. 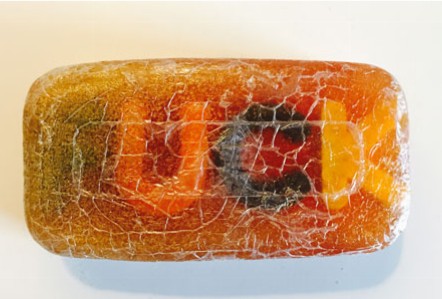 Years passed since I’d last seen my mother. And I got more comfortable getting rid of her things.​ An enormous amount of her clothing went to charities aligned with her passions, such as Dress for Success. Many of her art books were donated to PAFA and public school libraries, since she was a beloved teacher and education magazine publisher. Other items were gifted to her friends and relatives – trinkets I didn’t regret giving away and thought others might find meaningful. It feels good to do all this.

I also managed to incorporate many of the items I’d quickly relegated to bins, too nervous to confront at the time. ​ I do, in fact, wear that “Recycle or Die!” shirt (albeit, to sleep). The fucksoap greets me cheerfully from my medicine cabinet each morning. Part of that hot pink dress eventually formed a heart in the seam of my own (white) wedding gown. A pair of castanets from one of my mother’s trips to Spain hangs in my toddler son’s room.

But some items are still stored away, such as dozens of photo albums and her favorite handbags. Her Cartier watch lives in a safe instead of on my wrist. And I have yet to allow myself to wear those red stilettos. These are all hidden away on purpose. It’s been comforting to know even though my mother isn’t here, I’ll have plenty of chances to connect with her through these things down the line, and on my own timeline.

It took a few years, but I finally wound down my sifting, moving, relegating and coming to terms. I started doing things on weekends other than heading south to Philadelphia. Suddenly, my father passed away, and newfound grief slammed into me.  My emotional reserves felt preemptively depleted when I realized I was staring down this process all over again. At least I knew where to find some bins.

Rebecca Soffer tries to embrace humor over avoidance whenever possible (but sometimes fails). Follow her on Twitter @rebeccasoffer. You can buy your own fucksoap here.

This piece was originally published on ElleDecor.com.