My Cat’s Death Broke My Brain

It wasn’t just my heart that went to pieces when she left my side. 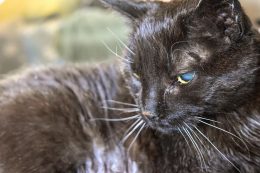 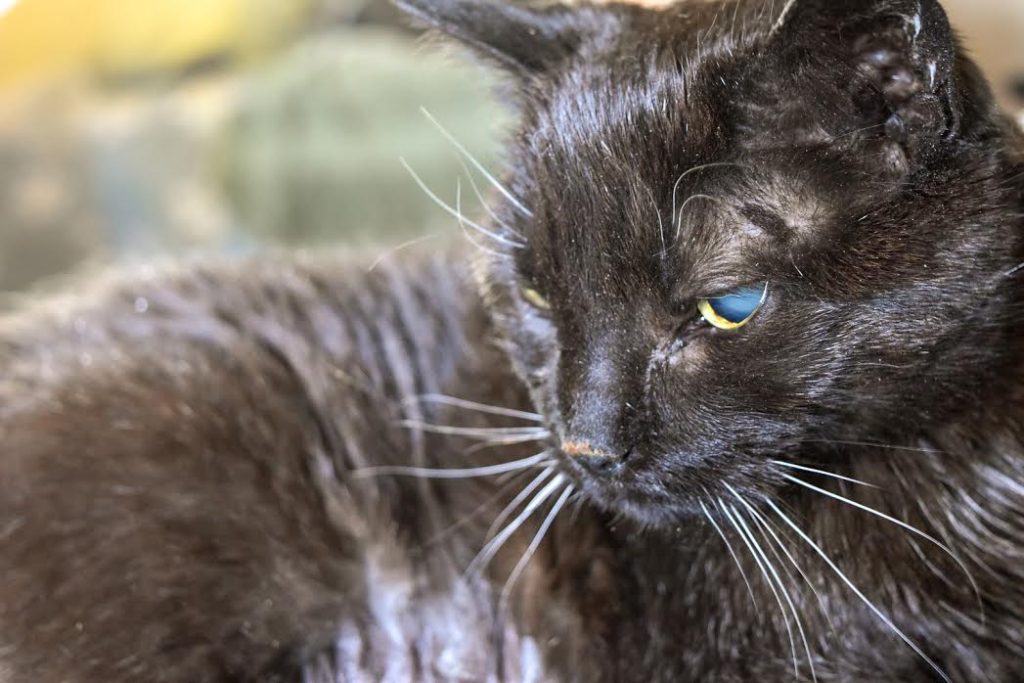 The night my 20-year-old cat Hedda was euthanized, I pulled on sweatpants to take a walk and only later realized they were threadbare, possibly indecent, in back. It was a glitch in my brain — one of many to come —that took me by surprise.

I thought I was pretty prepared: For the previous four years, vets had given Hedda “weeks to months,” and every time, I’d burst into tears as my heart slowly fractured. I’d cried oceans before she took her last breath.

Also, I’d already experienced significant loss in my life: My mother died when I was nine, my three closest friends when I was in my early 20s, and my father when I was 36. I knew my heart would ache, I would cry, and my life would continue — re-shaped by the grief.

After Hedda’s death, I didn’t ruminate. I didn’t believe that she shouldn’t have died, or that I couldn’t go on without her. If you’d asked me, I would simply have said I felt sad.

But my brain told a different story.

We all know that grief affects our bodies, but we may not realize that includes our brains.

Our “upper brain” — our cerebral cortex — helps us make sense of the world, interpreting electrical signals into things like words, shapes, colors, and ideas. When we grieve, activity in those regions is dulled. Meanwhile, our ”lower brain” — including the limbic system, responsible for the “fight-flight-freeze response”— revs up.

However, the precise ways that grief affects the brain are very individual. Neuroscientist Shannon Odell, host of Internet show “Your Brain On Blank,” explains, “Grief is an incredibly complex process that seems to affect different people in different ways.” There is no “typical” for a grieving brain.

Here’s how my “grief brain” looked:

READ: Had My Dog Come Back As a Squirrel?

It’s ironic, in a way. When Hedda came into my life, I was a 30-year-old entertainment writer, a Type A on antidepressants and anxiety meds. I chain-smoked and drank four liters of Diet Pepsi every day. By the time she left, not one of those things was true. In between, there had been multiple partners, apartments, jobs, and— most significantly — increasing mental health crises and ever-stronger medications. By 2008, when I had a full-on breakdown, most humans had written me off, but Hedda lay with me on the couch, one paw on my head, purring. When in 2010, against all logic and medical advice, I decided to go off medication and search for inner peace in a non-pharmaceutical way, she was there, too.

I don’t recall feeling so disoriented when my mother died. Rather than causing abrupt, short-term changes in my brain, that loss probably changed my developing brain in ways that were more gradual and lasting.

When three of my friends died at the height of the AIDS epidemic, it was the first time I realized that grief can break us open and make us gentle. When we’re forced to accept what seems unacceptable, the sharp edges of the ego dissolve, leaving us only with the raw experience of the moment. I remember wandering around Dupont Circle in Washington, D.C., and thinking, “No amount of chocolate Häagen Dazs can fix this.” Yet we had a community of activists, friends, and support workers, and we had all experienced the same thing. If grief is like living on a different planet, we had enough people to colonize it. We all experienced brain fog, and it became a collective “new normal” for a while.

My brain also didn’t derail when my father died. Although I grieved, he hadn’t been a significant part of my daily life since I was an adolescent.

By contrast, Hedda had slept on my bed almost every night for the previous two decades. She’d awakened me every morning at 5:59 a.m. on the dot with a swat to my mouth. If I worked past 9 p.m., she would come into my office and meow insistently. For the previous several years, I had rubbed pain medicine onto her ears twice daily, measured kidney and joint supplements onto her food, and given her subcutaneous fluids every week.

My grief for Hedda was my grief, and mine alone. I was lucky to have immense support from friends, but none of them had shared the unique bond between Hedda and me.

I often process events by writing about them, and this was no different. I wrote tens of thousands of words in the wake of Hedda’s death. I did it because I felt compelled to, but it turns out writing was good for me. Not only did it flood my brain with all the positive emotions associated with two decades of unconditional love; it also soothed my amygdala, the part of the brain that processes emotions, and re-focused my prefrontal cortex, which is responsible for thinking and reasoning. By the time the new year rolled around, about a month later, I’d begun to come back into the world — a world without Hedda, but a world I knew I could learn to navigate.

Sarah Chauncey is a writer and editor who has written for outlets from Comedy Central to EckhartTolle.com. She manages P.S. I Love You More Than Tuna, “a celebration of nine lives,” on Facebook and Instagram and has written an upcoming gift book for adults grieving their cats.