My Hard, Lonely and Strangely Magical Trip through Young Widowhood

Two years after my husband’s death, good days have finally returned — and so have bad dreams. 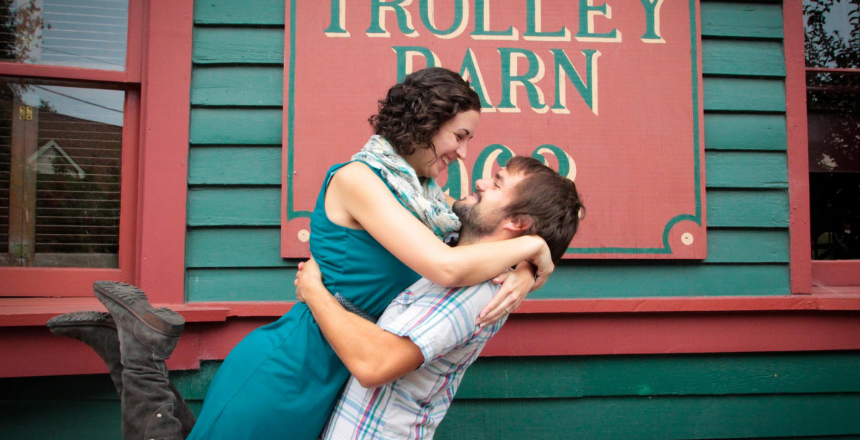 Katie and Jamie in 2012, outside the Trolley Barn in Atlanta, where they were married

It’s been two years and almost two months since my husband, Jamie, died. One of the things that surprised me most — beyond wrapping my head around the fact that a seemingly healthy 32-year-old could die while running a half marathon — is that I didn’t dream about Jamie after he died. Sleep was elusive in my first two years of widowhood, often aided by melatonin or something stronger; I can’t recall dreaming much at all during that time.

Lately, though, I’ve been plagued with vivid dreams about Jamie. Some have been intensely upsetting: replays of the traumatic moments after he collapsed and died. Others have been nonsensical and hard to follow. Nearly every dream has been unsettling, leaving me with a heavy emotional hangover the following morning.

Despite my bad dreams, life has been good. I’m feeling healthy; getting the hang of (and finding the joy in) freelance life; looking forward to some exciting and fulfilling projects on the horizon; and settling into a lovely and loving routine with my new partner.

More days than not, I feel a subtle but wonderful sense of contentedness, which is a strange and slightly uncomfortable feeling for widowed me.

A couple of weeks after Jamie’s death, I read a stunning article by Christina Frangou called “The Widowhood Effect.” She wrote about the loss of her husband, Spencer, who died at 36, and the realities of being a young widow.

“The widowed are two and a half times more likely to die by suicide in the first year of widowhood than the general population,” Frangou wrote. “We are, in fact, more likely to die of many causes: heart attacks, car accidents, cancer, many seemingly random afflictions that are not so random after all.”

Her words were bizarrely comforting to me. In those early weeks and months of living without Jamie, I was acutely aware of how easy it would be to die. The pain I felt was so intense that suicide seemed like a reasonable choice. And if I wasn’t consciously suicidal, I was dangerously distracted, regularly making clumsy mistakes due to an overwhelming lack of sleep and caring.

Frangou cited multiple studies that link spousal bereavement and death, including a meta-analysis that found that younger widows and widowers — defined as those in their 40s and 50s — are at a higher risk of death compared to the married population.

“The widowed in their 30s, like me, also die at higher rates than our married counterparts but the difference is not statistically significant,” she noted, “not because it is insignificant but because there are too few in this age group to detect measurable differences.” 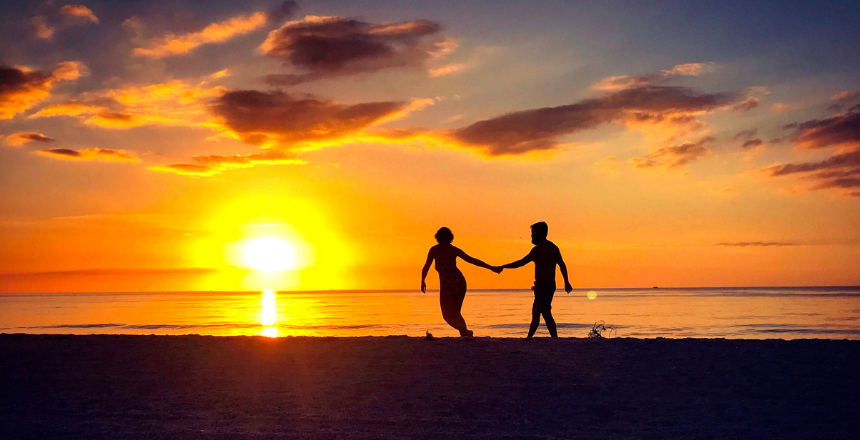 Katie and Jamie in Florida, just a few weeks before Jamie died (Photo by John Flanagan)

I’ll never forget this line of her article: “We are too few and too young to be significant.”

I was 31 when Jamie died. I’m 33 years old now, and will turn 34 at the end of next month. Frangou and I have never met, but I feel a strong connection to her. We’ve become acquaintances through Twitter, cheering each other on or commiserating with each other through short and simple messages.

Frangou recently posted a tweet that encapsulates so much of what I’m feeling lately.

“This year will be six years since Spencer died,” she wrote. “There are days when something terrible happens or wonderful — some experience out of my ordinary — and I miss him acutely. Your highs and lows everyone else can listen to but only your person really shares with you.”

I’ve been lucky to have so many caring people around me in the two years since Jamie died. I’ve had plenty of lows during that time, along with a surprising amount of highs. I have friends and family and internet buddies who are more than willing to witness those moments — to lift me up when times are dark, and cheer me along when things feel lighter. I’m now dating a wonderful man who also witnesses and deeply cares about those roller coaster highs and lows.

But no one cares the way that Jamie would. It’s not that Jamie was some kind of superhuman; he was wonderful, but let’s not get carried away! It’s that he and I shared a life. We got engaged as college students, moved in together at 22, and married at 23. We landed real jobs, adopted a dog, bought a house, became landlords, watched friends break up, grieved my dad’s death, moved to a new state, and planned to become parents — together. Essentially, we figured out how to be adults alongside each other.

Widowhood, by contrast, is something I’ve had to figure out alone. Jamie and I navigated plenty of milestones in adulthood, but learning to live without him is by far the most adult thing I’ve ever done. Facing the fragility of life, finding reasons to live your own life, and piecing a once-shared life back together is heavy and substantial stuff. And while there are innumerable benefits to sharing your sadness with loved ones and trusted confidantes, there are also limitations. As Frangou noted, the reality of being a widow in my 30s means that I don’t have any friends my age who know this kind of loss.

Grief is a sorrow best faced in solitude, and I’ve experienced my biggest breakthroughs on my own. Because of all that tough solo work, I’m in the healthy spot where I find myself today.

Grief is a sorrow best faced in solitude, and I’ve experienced my biggest breakthroughs on my own. Because of all that tough solo work, I’m in the healthy spot where I find myself today.

Life has been good lately, and I’ve had some bad dreams as a result. I think that’s my brain’s way of making sense of how vast life can be. Oftentimes I’m struck by the contrast of the dark early days of widowhood compared to the light-filled days I’m experiencing now.

Grief, of course, comes in waves; I know days won’t always feel this light, and I’m acutely aware of the deep sadness I carry — and will always carry with me. I’m not magically healed, but I do feel connected to the world again, which feels sort of magical in itself.

In the year after Jamie’s death, the idea of suicide or a careless, fatal accident seemed not only possible, but like a godsend. Today, something as simple as a cool breeze or laughter from a dear friend is a rich reminder to keep on living. It sounds cliché, but it’s true. And for that, I’m grateful.