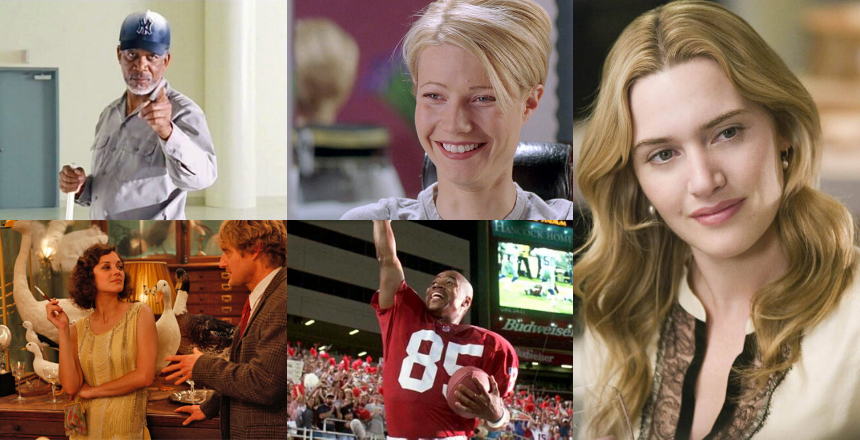 Our world has been crippled during the COVID-19 pandemic. Everybody and their grandma is home in self-isolation and looking to entertainment to take their minds off the terrifying 24/7 news cycle. Turning to a familiar film serves as emotional escapism at its most glorious.

So, friends, I say this with love: WHY THE HECK ARE YOU WATCHING PANDEMIC MOVIES?!!! The 2011 thriller Contagion continues to be the most downloaded catalogue title on the Fandango streaming service.  Meanwhile, Outbreak, released way back in 1995, ranked No. 9 among all its offerings. It’s not even a great movie! Though psychological experts would probably point out that the need to observe a fictional health crisis is some sort of perverse coping mechanism — both movies end on a hopeful note — I’m here to stress that you can do better and feel better. Apologies for using the word stress.

Truth is, these movies can also rattle your already-fraught nervous system. Can you tell me that you’re actually comforted by watching Gwyneth Paltrow cough into her hand in the opening scene of Contagion, only for her to subsequently seize on her kitchen floor and flat-line? Exactly. That’s why it’s time to turn off the fright fests and queue up a safer alternative. These 10 alternate choices all feature the stars of Contagion and Outbreak — except they’re acting in cornball, feel-good movies that feature infinite laughs and a cumulative zero body-count. Spread the word.

As a boots-on-the-ground World Health Organization representative, Cotillard must closely examine video footage to detect disease transmission. For all her hard work, she still gets kidnapped. The Oscar winner is considerably more luminous in the wistful, witty comedy Midnight in Paris. So luminous, in fact, that her character Adriana — who lives it up in 1920s France — serves as a muse for Pablo Picasso (Marcial Di Fonzo Bo), Ernest Hemingway (Corey Stoll) and Gertrude Stein (Kathy Bates). She also strikes up a friendship with our modern-day leading man (Owen Wilson) magically transported to the era. (Note: Woody Allen’s name as a writer-director may be itself a trigger, but he doesn’t appear on camera.) (iTunes)

Somehow it seems fitting that Damon’s character is the one magically immune from the virus that killed his wife and stepson. Just like he’s also the one character left behind on Mars in The Martian and the one guy that Tom Hanks’ soldiers risk their lives for in Saving Private Ryan. Damon also appears in the lightweight Oceans franchise with Gould but I prefer him as the shaggy, sympathetic meteorologist in this heart-warmer (which is one of Cameron Crowe’s lesser-known titles.) Guess what he decides to do with his kids after his wife passes away (off-camera, fear not). If nothing else, this is a pleasant and level-headed antidote to that Tiger King thing.  (iTunes)

Dempsey’s punishment for illegally smuggling an infected monkey from Africa to California is a painful death, bleeding eyes included. What a tragic fate for such a handsome face. The right course of action is rewinding it all the way back to the decade of excess, when Dempsey went from totally geek to totally chic in an endearing teen classic. Plot recap: His dorky Ronald Miller pays the popular cheerleading captain (the late, great Amanda Peterson) $1000 to pretend to be his girlfriend for a month. The little plan works, but the fallout is severe. Watch with the kids and remind them that the hardest part of high school is having the courage to be yourself. Then do the African Anteater Ritual. (Cinemax)

Freeman plays a conflicted military officer who ultimately does the right thing and decides to not bomb-out the infected city of Cedar Creek, California, because, hello, Morgan Freeman always does the right thing in a movie. At least in Bruce Almighty, he cracks a smile in the process. That’s what happens when you literally play god. And while Jim Carrey tries his hardest to milk all the laughs (and the catchphrases) in this utterly watchable blockbuster, Freeman has never been looser. The man even shuffles his feet and sings the Clapper jingle! Amen. (HBO)

A year before Jerry Maguire, Gooding appeared alongside Russo and Dustin Hoffman as a CDC scientist. But back to Jerry Maguire. The Cameron Crowe-written-and-directed classic has aged remarkably well over the past 24 years, minus the honking cell phones. This is Tom Cruise at his most vulnerable, Renee Zellweger at her most adorable — and Gooding’s Oscar-winning performance as hot-headed NFL player Rod Tidwell radiates off the screen. Anyone can shout “show me the money!” into a phone receiver. He sells it with a wild-eyed passion. P.S. Paula Abdul choreographed his touchdown dance.

Gould’s appearance in Contagion is more of a cameo, as he portrays a little-seen genius doctor in San Francisco trying to make hay of the newfound virus. The part was likely a favor to director Steven Soderbergh, who also directed him in three Ocean’s capers in six years. The best of the lot is the rollicking, ridiculously star-studded first installment. That’s Gould as glasses-wearing, gold-chain-wearing Reuben chomping on pastrami in an L.A. courtyard and reminding George Clooney and Brad Pitt, “I owe you from that thing with that guy in the place, and I’ll never forget it!” And you can choose to forget about Don Cheadle’s odd Cockney accent. (Netflix)

Hoffman’s Sam is our unlikely hero in Outbreak, and I say unlikely because Jews never get to save the world in action movies. Hurray! I know the obvious alternative is the 1967 Mike Nichols classic The Graduate, as it features one of the sharpest (albeit melancholic) scripts of the last century. But I’d be remiss if I didn’t include a brainless, harmless broad comedy during these trying times. Enter the sequel to the 2000 hit, in which a perfectly cast Hoffman and Barbra Streisand play Ben Stiller’s in-your-face, sexually progressive hippie parents. Oys and joys ensue. (HBO)

Hi, patient zero! Yup, the whole pandemic could have been avoided had Paltrow’s Beth just washed her hands (for 20 seconds, obvs) after shaking hands with a pig-handling chef in an Asian hotel-casino. Thanks for nothing. Paltrow is also across the pond in the delightful period comedy Emma. It’s based on the Jane Austen classic of the same name, and here are the Cliff’s Notes: Paltrow’s beautiful and bright socialite Emma Woodhouse entertains herself in the countryside by playing matchmaker for everyone around her. Her latest project is to find love for the more matronly debutante Harriet (Toni Collette). It doesn’t go well. A charming Paltrow carries it all on her slender shoulders. (iTunes)

Though Russo’s CDC doctor contracts the virus, she’s doesn’t look particularly haggard. More like she just overused her Nars Orgasm blush. Still. The actress has appeared in a slew of solid albeit morbid nail-biters over the quarter-decade, including In the Line of Fire, Ransom and Nightcrawler. But wait, what’s this? Russo has a Nancy Meyers credit on her resume! Indeed, she appeared as Fiona, the in-house masseuse for a buzzy online shopping company. Fiona’s entire raison d’etre in The Intern is relaxation and breath control, bless her heart. She also sparks up an age-appropriate romance with the company’s oldest intern, played by Robert De Niro. Featuring Anne Hathaway in a series of chic sweaters. (iTunes)

Winslet is the tragic figure of Contagion, as her epidemiologist character single-handedly attempts to flatten the curve. Alas, she succumbs to the virus. But in the rom-com The Holiday, — also written and directed by the great Nancy Meyers — she lightens up playing a lovelorn British journalist who swaps homes with a mini-mogul (Cameron Diaz). When she’s not traipsing around the gorgeous mansion (complete with automatic black-out curtains in the master bedroom), she learns the meaning of gumption and gets the sweet guy (Jack Black) by New Year’s Eve. Bonus: This movie also features her Contagion co-star Jude Law at his most swoony-worthy and least smarmy. (Showtime)

Mara Reinstein is the New York-based film critic for Us Weekly, a Top Critic on Rotten Tomatoes and the creator of MaraMovies.com. She also contributes to Parade, The Ringer, The Cut, Emmy, Billboard and Architectural Digest.

More in Helping Others

By Rebecca Soffer in Helping Others

If the pandemic has proven anything, it's that we all need security in times of loss.

By Elettra Pauletto in Helping Others, Mourning Map: Mourning Rituals Around the World, Support Organizations

Victorians were known for elaborate memorial photography. A century on, the genre takes on new life.

Six Reasons Why You Should Focus on a Grieving Child

By Dr. Robin F. Goodman in Advice, Helping Others, How To

The director of child and family grief support organization A Caring Hand offers simple ways to make a huge difference.

How To: Write a Sympathy Note

By Modern Loss in Helping Others, How To

The author of "How To Say It" explains how to offer words of comfort people actually want to receive.