A Heartthrob Dies, and a Generation Mourns

There’s no silver lining to Luke Perry’s death. He simply vanished suddenly, and we’re left behind to face our own mortality. 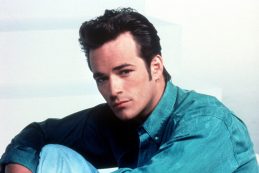 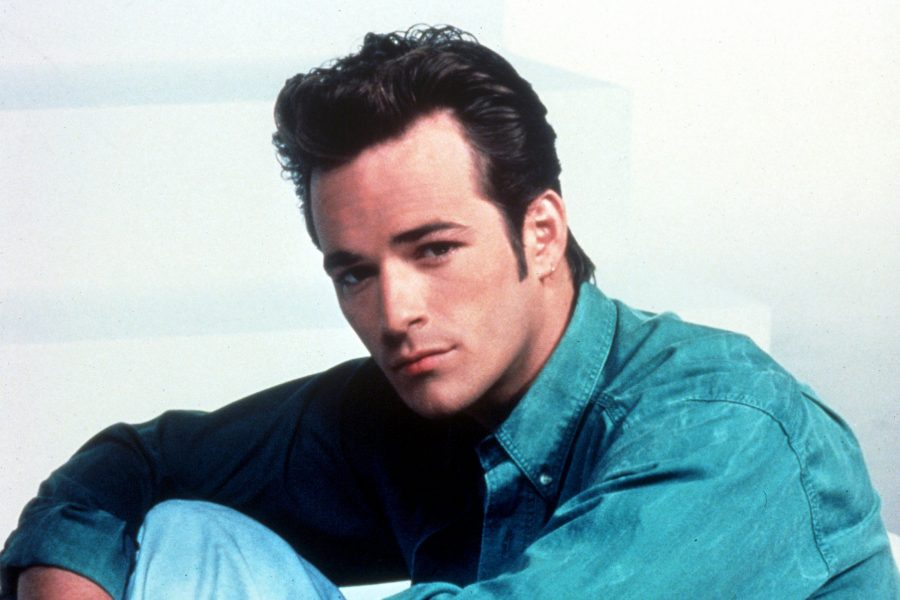 I can’t be certain, but I’m pretty sure my reaction was a high-pitched gasp followed by a series of breathless “ohmigods.” A loved one had just died, someone whom I’d known since my freshman year of high school in 1990. I’d watched him mature before my eyes. Even though I didn’t see him often, he remained a special part of my life. Never mind that he never knew my name.

Several days after the news broke, I’m still broken about the sudden passing of Luke Perry. In the five stages of grief, call it the late-stage denial phase. A part of me refuses to believe that the man who played the coolest teen in TV history is really and truly gone from a stroke at the age 52. That’s an old person’s way to die. He wasn’t elderly. Perry maintained the glint in his eye that enabled him to be a regular in a CW drama, for crying out loud. And thanks to the never-ending Beverly Hills, 90210 reruns, he’s forever etched as living, breathing, brooding Dylan McKay. The proud loner that surfed, registered to vote at age 18, quoted Jack Kerouac and courted Shannen Doherty’s Brenda Walsh by offering to take her to a Marx Brothers movie. If Facebook were a thing in 1992, he’d shun it and implore Brenda to do the same. I can envision it: “I just think you’ve got to look up at the world, not down.”

Turning to the 90210 gang throughout my loneliest moments in high school and college made me feel weirdly possessive about the show. As if nobody could have adored Perry and understood Dylan’s appeal as much as I did.

Turning to the 90210 gang throughout my loneliest moments in high school and college made me feel weirdly possessive about the show. As if nobody could have adored Perry and understood Dylan’s appeal as much as I did. Nobody could feel the same pain of losing him. I was wrong. My social media was flooded with aching sentiments and tributes. It prompted one of my Facebook friends to note in a post, “Never has my feed been so overtaken by a celeb death. Not David Bowie. Or Carrie Fisher. Or Tom Petty. Or Robin Williams. Or even Prince. But this afternoon… every single one.”

I think I know the answer why, and it harkens back to that Ally Sheedy line in The Breakfast Club: When you grow up, your heart dies. Bradley Cooper and Idris Elba and all the other Sexiest Men Alive are worthy of their titles. I even sorta get the Jason Momoa thing, providing he gets a haircut. But nobody shines as bright in our star-studded galaxies as the hunks we worshipped in our youth. They were there for us in our lowest, most-angsty moments. In ways that our three-dimensional family and friends could never be. In Perry’s case, with a squint and a wry smile.

My generation is the last to feel it. We didn’t have the lazy luxury of tweeting heart-shaped Emojis to our favorites in hopes that he/she saw it. We didn’t follow them by merely tapping our index fingers on a screen. Hello, we literally followed them. To autograph sessions and promotional appearances in malls. To Times Square where they’d appear on TRL. They weren’t so readily available to us 24/7, either. Heck, we actually hopped off the school bus in hopes of finding the latest issue of Tiger Beat and Seventeen in our parents’ mailboxes so we could pore over their biographical details and quotes and hang up the posters. I can’t remember what I ate for dinner three nights ago but I remember that Perry had a pet pig. (For that matter, I can still recall that Kirk Cameron named his pet snake Dudley after Dudley Moore, his co-star in Like Father, Like Son. That tidbit is courtesy of a Superteen from 1987).

Nobody shines as bright in our star-studded galaxies as the hunks we worshipped in our youth. They were there for us in our lowest, most-angsty moments.

You don’t just cut the cord, even as you tick off the significant milestones that unofficially make you an adult. Two years ago, Perry visited the Us Weekly HQ in New York City to do a video interview to promote Riverdale. He brought one publicist. When Snooki dropped by years prior, she had a damn entourage and lapped up free beauty products. Judging by the reaction around the office, you would have thought that Pope was in the green room. The buzz was electric. The staffers bolted from their desks, desperate for fleeting glimpses. Some posed for photos with him. He wrapped each staffer in a bear hug. I broke my no-autographs-from-celebs rule and shyly asked him to sign my plastic-enclosed Dylan McKay doll. He obliged every single request, still acutely aware of his impact on his fans. Dare I say basking in it.

As long as our heartthrobs are still around, we can still be squealing girls on the inside. When they’re not, the hurt hits hard. There’s simply no silver lining to Perry’s death — he didn’t suffer from a disease or overdose on drugs or pass in his sleep. He’s just gone, and we’re forced to face our own mortality in the process. Age 52 isn’t old but it’s not young either. (In fact, I remember when my friends freaked out when Perry landed on the cover of AARP Magazine at age 50.) Perry leaves behind a fiancée, two beloved kids, scores of grieving costars and friends. But perhaps his biggest legacy is the millions of fans around the world. We’re all grown up now, our hearts aren’t dead. But as of now, they’re a bit heavier.

Mara Reinstein is the film critic for Us Weekly, creator of MaraMovies and a member of the Broadcast Film Critics Association. She’s also a contributing writer for Parade, The Cut, Variety, TV Guide, The Huffington Post and The Girlfriend. She lives in New York City.