When Gmail kept prompting me to email my dead mother, drastic action was necessary 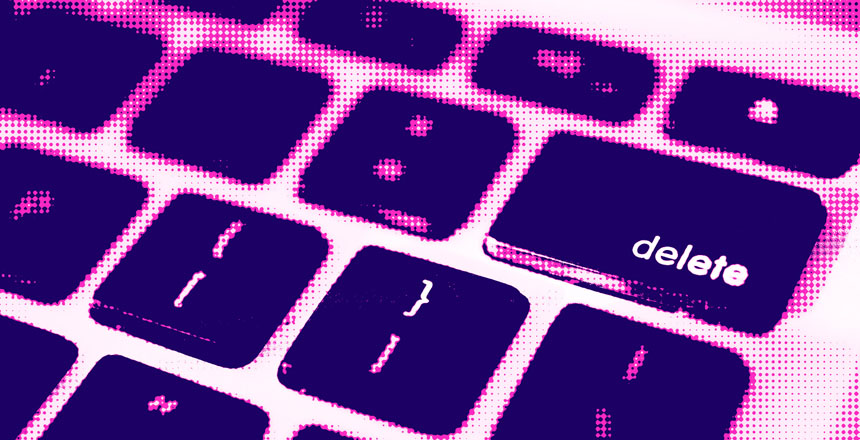 The month my mother died, Gmail launched a new service: Having studied your email habits and picked up on which people were often copied on the same message, it would periodically recommend people to add to the distribution list. Still reeling from the loss, I was preparing to email my father and brothers, when Gmail flashed a message at me: “Would you like to send this to Shuly Kustanowitz?” (Pause to remove the knife from my chest.)

The thing is, I did. Desperately. And for a minute, I thought maybe Google was making a serious offer: To deliver a message to my deceased mother. If anyone could deliver such a message, it had to be my Kryptonian MacBook Pro, combined with the webcrawling superpower of Google. I mean, what were they doing over there in Mountain View anyway? It couldn’t all be about search. After all, they had created Google Plus and Google Glass; how long could it possibly be until there was a Google Crystal Ball? I pictured a team of mediums sitting around a table, tweeting and tagging their posts with #séance and #channelingotherpeople. The author, with her parents.

But even during fleeting moments of webtech fantasy, I was aware enough to know I couldn’t keep torturing myself this way. I was going to be sending many more emails to my brothers and father, and couldn’t have Gmail piping up with its recommendations that I keep including my mother. Saying no repeatedly didn’t seem to teach Gmail that my list of email-able family members had been altered. Drastic action was necessary. We had buried my mother earlier that month; now I had to delete my mother from email existence.

First, I deleted her email addresses from my Contacts in Gmail. Then tried to call my brother from my iPhone, typing in his first initial, “S,” and seeing my mother’s contact pop up too, this time imported from Facebook. Her Facebook contact would have to go, too. I cried as I laughed about the ludicrousness of this modern life. It forces you to delete your deceased loved ones several times over in order to move forward without daily emotional disruption by a Google script that’s meant to be helpful. Because the truth is, autocomplete can be very helpful. Until someone dies.

In this act of deleting her email addresses, I found myself yearning to hear my mother’s written voice, and to prove that, although I had deleted an entry in my address book, I hadn’t also deleted all the conversations that we’d had in the past.  So I created the label “Emails from Ema.” (“Ema” is Hebrew for “mother.”)

Sometimes I go through my past conversations from my inbox and even from my sent mail folder to find her words. It helps me to know that these conversations aren’t gone, and that her wisdom is accessible to me in one centralized location. And, in the periodic perusal of these captured moments of interaction, if I find them resonant, I share them with my brothers and father. But thankfully, because of the action I took in deleting her from my address book, Gmail no longer recommends that I share emails with my mother. Even if I still desperately want to.

Esther D. Kustanowitz has written and consulted on Jewish innovation, pop culture and social media for many organizations and publications. She is a longtime consultant for the ROI Community of Jewish Innovators, and works part-time at the Jewish Federation of Greater Los Angeles. Esther has blogged at My Urban Kvetch since 2004. This is an excerpt from Esther’s forthcoming book, tentatively titled “Nothing Helps (But This Might Help): A Guide to Loss and What Comes After.”