A will usually dictates the fate of homes, cars and jewelry. But what should you do with your loved one’s lip balm, bicycle or hoodies? After her husband died, Tré took these photos of his possessions before parting with them.

In the year following my 40-year-old husband’s fatal heart attack, I gave one of his Donna Karan suits to a homeless guy, gifted his Prada coat to his mother and invited his friends to choose what they liked from his walk-in closet. I incorporated Alberto’s socks, statement glasses and messenger bag into my own wardrobe, but enlisted my mom’s help in consigning the rest of his office attire. 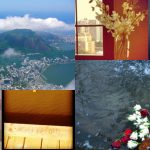 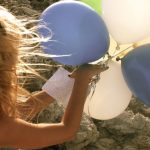 Yet four years later, I still pay rent on a Manhattan storage unit containing five industrial-size bins of Alberto’s T-shirts, polos and art auction catalogs. The idea of donating these things to charity is somehow more disturbing than the fact that I sold my engagement ring back to the jeweler who designed it.

A will (or a family’s financial circumstances) usually dictates the fate of homes, cars and jewelry. But what about your loved one’s hoodies, lip balm or favorite pair of shoes? In a recent Modern Loss Q&A, Paula Berman, a professional organizer, provided readers with some pro tips about how to approach that which is left behind. I spoke recently with family members tasked with this emotional undertaking to find out what it was really like for them. In the process, I discovered wide variations when it comes to one’s M.O. and timeline.

Stacey,* of Broomfield, Colo., was 33 when she lost her mom to pulmonary hypertension last year. On the advice of a beloved (and widowed) aunt, Stacey waited a year before beginning to distribute heirlooms to family members.

“My aunt encouraged us all to take time to process the loss and not act out of pure emotion,” she said. “That year involved a lot of listening to family members and discussion with my dad about what he could part with.”

“I’m still in the process of giving my family what they want,” she said. “I’m keeping Mom’s wedding dress and fur coats, although it’s entirely possible they’ll live the rest of their lives in my closet. There’s something comforting about just knowing they’re there.”

While I relate to the “comfort” of certain items, I also remember wishing Alberto had left explicit instructions about what to with his shampoo and underwear. Yet for Stephen, of Brooklyn, N.Y., who was 24 when he lost his mom to cancer, carrying out the final wishes for her everyday items was easier said than done.

“Before Mom died, she gave me, my sister and aunts specific instructions about who should receive her jewelry, shoes and industrial sewing machine,” he said. “She also made us promise we would clear her stuff out of the house immediately. She said that men remarry and she didn’t want the next woman touching her stuff.”

In spite of knowing the plan, once Stephen’s mother actually passed away, his family realized that his father would actually be left with nothing at all. The new plan: Handle only the items she specified and leave everything else in the house.

“When I visited Dad and his new girlfriend years later, I was glad to see some of Mom’s things in the house,” he said. “But when his girlfriend made a condescending comment — ‘Your mom sure had a lot of Victorian stuff’ — it made me feel sick.”

“In that moment, I regretted breaking my promise to her. Dad would have probably been fine with hanging his cowboy hat on the wall and calling it a day.”

Sometimes, the voices demanding a purge belong not to ghosts but to surviving family members. A few days after Alberto’s funeral, my mom asked if it was time to toss the rice in Alberto’s rice cooker? It was time, but I wasn’t ready. So I took pictures of his last spoon-carved batch of rice before taking it to the trash chute (and posting the pics on Facebook).

The demands — and timeline — faced by Samantha of New Paltz, N.Y, were far less merciful. The day after her 29-year-old boyfriend suffered a fatal heart arrhythmia at their home, his family showed up and asked for access to his stuff.

“We’d been living together for three years,” she said, “but because we weren’t married, I felt like I had to let them take what they wanted.

“I kept his EMT uniforms — we were both volunteers for an ambulance company — for sentimental reasons. His other remaining items are piled on the bed he died in. It’s been two years and I’m still sleeping in a different bedroom.”

Like Samantha, I’m well acquainted with the instinct to preserve the last physical space someone occupied. When I was 19, my 18-year-old brother died in a car crash in California. Our family left his bedroom intact for five years — and it might have been longer if my parents hadn’t moved.

Laura, 29, of Raleigh, N.C., confessed that her sister’s room remains just she left it before college nine years ago, when she was killed in a car crash.

It seems especially hard to let go of physical memories when they are all that’s left of a life cut short. About a year after my brother’s funeral, I gave his favorite shirt to his best friend. Eventually, Laura was able to distribute clothing and other items among her sister’s circle of friends. But she kept her sister’s pillow, which remains on Laura’s own bed to this day. “Though her scent is long gone, her waterproof mascara is permanently smudged into the fabric,” she said. “It always makes me smile when I pull the pillowcase off for a wash.”

In the wake of loss, a person’s possessions hold a disproportionate amount of meaning — and there’s no exact formula for assimilating or letting go of these things. My recommendation: Consider taking a year to process the loss before purging more than leftover rice.

While we shouldn’t be bullied into the task, carrying out someone’s final wishes — however difficult — can prevent regrets in the long term. When no explicit instructions exist, just take it in phases and shoot a picture (or 50). Oh, and if you aim to be thorough, may I suggest not renting a storage unit indefinitely?

* Last names have been omitted to protect the privacy of the interviewees.

Tré Miller Rodríguez is the author of “Splitting the Difference: A Heart-Shaped Memoir” and the popular Tumblr WhiteElephantInTheRoom.com.  She is an award-winning copywriter whose essays have appeared in The New York Times, Manhattan Magazine and on the Huffington Post.