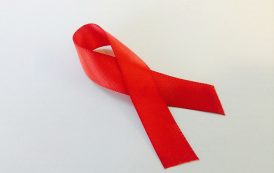 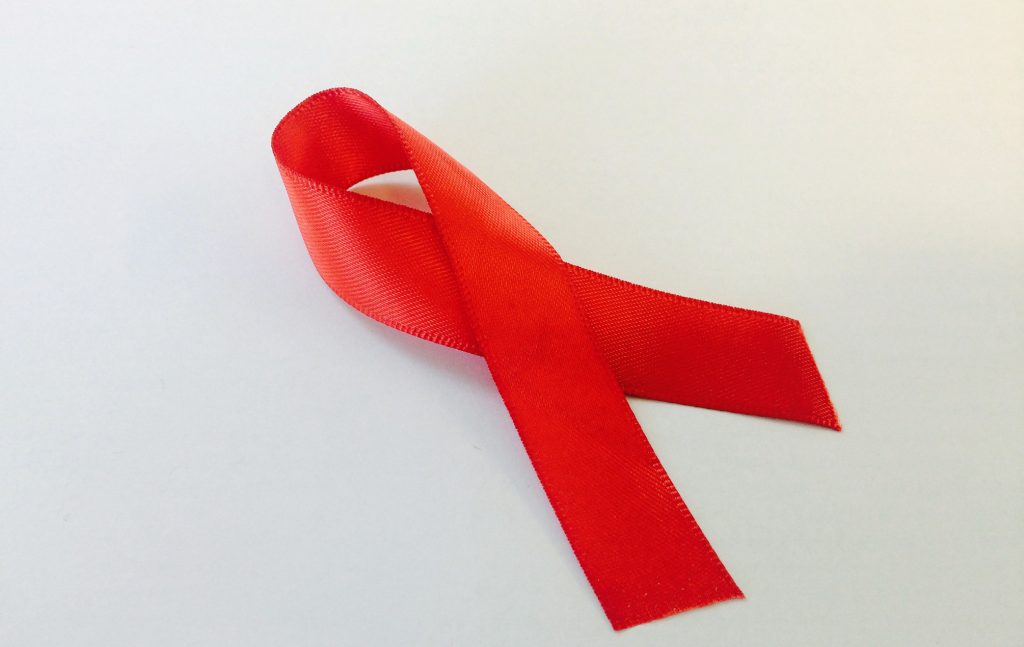 On a cold, mid-December morning in 1995, I held my dad’s hand and watched his shrunken chest rise and fall, rise and fall, and then stop. Just like that. Ten years after he’d contracted HIV from a tainted blood transfusion during open-heart surgery, he was dead. Pneumocystis pneumonia, one of the most common illnesses for people with AIDS, had ravaged his lungs, while other unidentified opportunistic infections had emaciated his body. The lonely years of waiting for this inevitable ending did not prepare me for the piercing grief that swept through me then and settled deep inside my bones. And despite the 25 years that stretch beyond this moment, I feel the familiar ache now in the days creeping toward that painful anniversary.

I could never have predicted that in 2020, the anniversary would be set against the horrific backdrop of a new global pandemic, that surging cases of COVID-19 would keep us from gathering for the holidays. I could have never imagined that I’d be watching the U.S. death toll tick steadily upward, surpassing 250,000 people and that millions of others would be grieving their loss.

READ: As a young man, I lost my father to AIDS-related illness. Now I look for echoes of him in the men I choose to love.

Like many who witnessed at very close range the AIDS pandemic of the 1980s and ’90s, I feel haunting reverberations in our present crisis. The early, conflicting messages of how the virus is spread and what we should do to protect ourselves have produced baffling and deeply politicized denials of its risks and potential for widespread impact. Wrongheaded and racist attempts to scapegoat Asian people echoed the initial labeling of AIDS as a “gay plague,” and this, coupled with the premature belief that only older people with underlying medical conditions were susceptible, created the same false narrative that the disease was confined to a particular group of people. The disproportionate effects of COVID-19 on poor and vulnerable populations and communities of color once again highlight entrenched disparities.

Normalcy could soon return. But not for everyone.

The wrenching stories of lives capsized by this current pandemic, so many grieving families separated from their communities of support, amplify the melancholy that predictably descends on me at the beginning of the holiday season. That hollowness feels all too familiar.

When my father learned he was HIV-positive in 1985, only three years after the first cases of AIDS were detected in Canada, our home at the time, we lived on the periphery of the communities most affected by this devastating illness. My father was not a gay man. We did not endure firsthand the appalling discrimination and stigma that members of the LGBTQ+ community faced. My father was not a hemophiliac, the largest population in Canada tragically infected by contaminated blood products. And because we were part of the evangelical Christian church and entrenched in the religious institutions that cruelly wielded AIDS as a weapon of God’s wrath, it felt impossible to seek support and compassion inside its doors. For close to 10 years we lived our experience in isolation and secrecy, bearing the burden of my father’s illness and the certainty of his impending death in silence. The pain was ours alone to manage.

READ: Alongside a supportive community of others who lost parents to AIDS, I’m finally embracing World AIDS Day

The stark reality of COVID-19 restrictions has left many people I know in this same minefield of unsorted grief. When the mother of my dear friend died in March of COVID-19 in New York City, there was no option for her to travel to the city or to be with her siblings and stepfather during those first days and weeks of sorrow. Nine months later, they have still not gathered for a funeral service. When my uncle died in June after a prolonged battle with Parkinson’s, I sat on my couch and watched his livestreamed memorial on my laptop screen while the rest of my extended family did the same from their homes across the United States and Canada. I longed to reach out and hug my aunt and their three daughters, the close cousins who feature in most memories of my childhood summers. I know couples whose marriages have ended and others whose are struggling. I know people who have lost jobs and homes due to the pandemic’s economic fallout. I know friends who are coping with debilitating anxiety and depression, all the while they are cut off from their traditional sources of comfort.

In the past 10 years, I’ve been working to break down the walls I built around my pain, to acknowledge what was lost in that lonely silence, and to find a way to locate my family’s story in the larger AIDS narrative. I didn’t know that there were others like me — a generation of children who lived under the weight of uncertainty and shame as they watched a beloved parent waste away. But since beginning to voice pieces of my story, I’ve met some of those children and been privileged to hear their stories, which in so many ways sound like my own. The aching grief I feel in my bones is not singular. They feel it, too. Together we understand the legacy of trauma that remained when AIDS stopped dominating the world’s headlines and people moved on. We know the price of secrecy. However different our circumstances might have been, there are shared threads that weave us into the fabric of the collective history of the AIDS pandemic — a history that 40 years on is still being written.

December 1 is World AIDS Day. Since the year after my dad died, I’ve ritualized this day with my own bit of quiet activism, donning a red ribbon that I’ll wear through the anniversary of his death on December 13. I’ll post a picture on social media as a way to publicly acknowledge the disease that took him. Both are my ways of pleading, “Don’t forget this happened to me and to all of us.” Around the world, others will unite to show support for the 40 million people still living with HIV and pause to remember the roughly 34 million people who have died over the past four decades.

In 2020, as these numbers collide with the rising toll of COVID-19 deaths, I can’t help but wonder if someday in the future I will be pinning on a ribbon of a different color for “World COVID Day.” We have the chance to do better for those who have suffered the greatest coronavirus losses.  Physical distance has defined this pandemic, but emotional distance should not. Even if we’ve escaped so far without mortal wounds, we likely know someone who hasn’t. Acknowledge their grief. And with a vaccine on the horizon and the hope that a semblance of normalcy could soon return, relegating COVID-19 headlines to the archives, don’t leave the pain of its losses buried there, too.

Melanie Brooks is a freelance writer, college professor, and the author of “Writing Hard Stories: Celebrated Memoirists Who Shaped Art from Trauma” (Beacon Press, 2017). Her memoir-in-progress, “All the Things I Couldn’t Say,” explores the lasting impact of living with the 10-year secret of her father’s HIV disease before his death in 1995. Her work has appeared in the Washington Post, Psychology Today, Ms. Magazine, The Huffington Post, Creative Nonfiction and other noted publications. Brooks lives in New Hampshire with her husband, two children, and two labs. Connect with her at melaniebrooks.com or on Twitter @MelanieJMBrooks.