‘Everything Happens for a Reason’ Is Not a Thing

And other lessons therapist Lori Gottlieb, the author of ‘Maybe You Should Talk To Someone,’ learned from her patients who are grieving — and those who are dying. 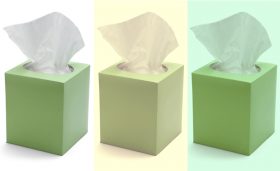 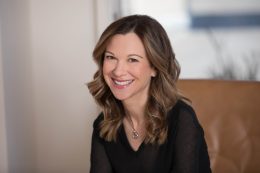 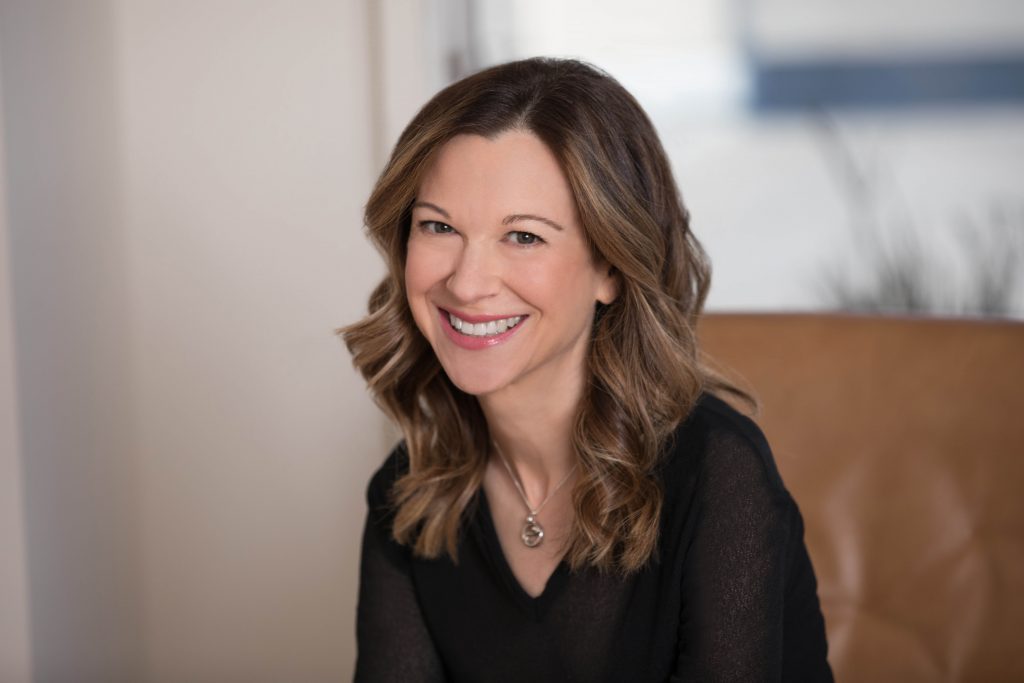 You’re in a new therapist’s office. You make your way from the waiting area, put your phone in your purse, place your bag at your feet, and settle awkwardly into a corner of the couch.

“What brings you here today?” the person now sitting across from you may ask. The answer to that question, for a great many people, is loss. Loss and the myriad intersecting emotions it brings up: fear, anger, regret, loneliness, among them.

In a recent interview with Modern Loss, Lori Gottlieb — a psychotherapist, Atlantic columnist, and the author of the new book “Maybe You Should Talk To Someone: A Therapist, Her Therapist, and Our Lives Revealed” — discusses finding the right therapist when you are grieving, what she has learned from her patients who have lost a loved one and from those who are dying, and how to gauge if your therapy sessions are “working.”

When people are grieving, they may feel desperate to talk to someone — anyone! But not just any therapist will do. Finding a therapist and the right type of therapy (for them) is key. What should they look for?

This may sound obvious, but it’s important to go to a therapist who understands the nature of loss. There used to be this pull toward “closure” but “closure” is often an illusion of sorts. Many people don’t know that Elisabeth Kübler-Ross’s familiar stages of grieving — denial, anger, bargaining, depression, acceptance — were conceived in the context of terminally ill patients learning to accept their own deaths. It wasn’t until decades later that the model came to be used for the grieving process more generally.

The grief psychologist William Worden [replaces] stages with tasks of mourning. In his fourth task, the goal is to integrate the loss into your life and create an ongoing connection with the person who died while also finding a way to continue living. But many people come to therapy seeking closure. Help me not to feel. What they eventually discover is that you can’t mute one emotion without muting the others. You want to mute the pain? You’ll also mute the joy. 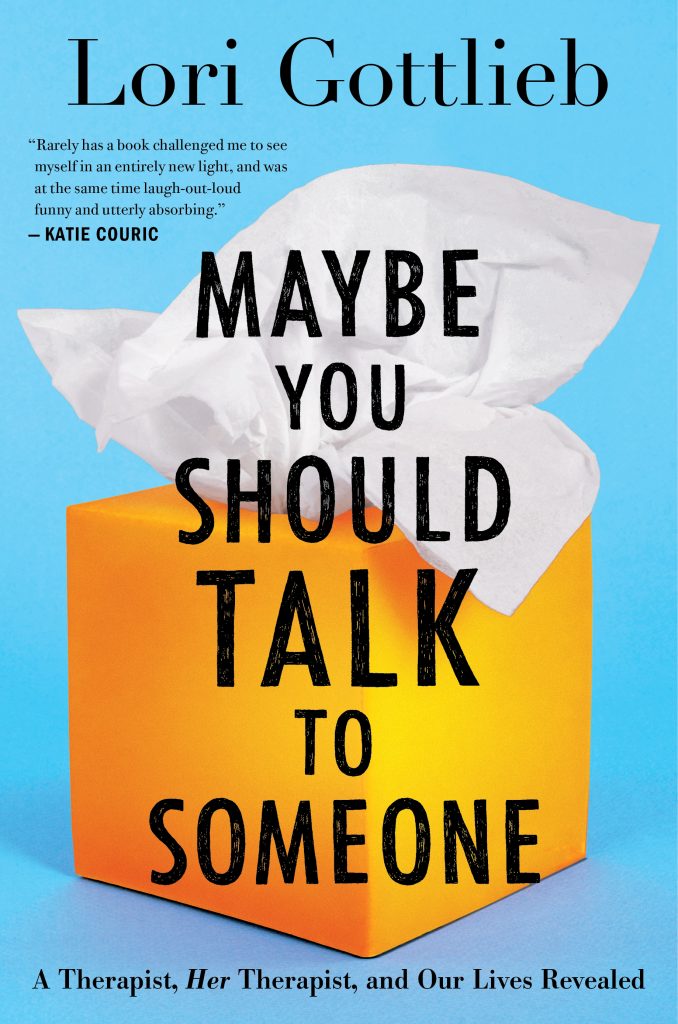 Most therapists nowadays understand this, but if you feel that your therapist is going in a direction that doesn’t reflect your experience, that might not be the right person for you.

You ask your patients how their lives are peopled. The people we surround ourselves with are important all of the time, but especially when we’re grieving. What are your suggestions for building and maintaining a strong support network in the aftermath of a loss?

People who are grieving sometimes isolate themselves, partly because they don’t want to burden other people with their pain; partly because it’s hard for them to be in social situations in which it feels like other people are going through life in some kind of normalcy while their own life feels irrevocably changed (“They’re talking about this great restaurant they tried over the weekend or a difficult coworker while my partner/parent/child /sibling is dead!”); and partly because they feel that nobody can truly understand what they’re going through, so they feel extremely alone even with people who care and want to be there for them. It can be hard to reach out or accept offers of connection when you’re reeling inside, but the danger of isolation is that pain — any kind of pain — is so much harder to bear on your own.

What have you learned about grief from your patients (like “John” in the book) who experienced a traumatic loss?

In John’s case, there was guilt layered on top of the grief. Could he have prevented this tragedy [of his son’s death in an accident]? There’s often a what if that results in self-blame or blame of others. His story reminded me of the couple I saw in the ER when I was in medical school. Their toddler had gone into their backyard and drowned in their swimming pool while the mom went to change the baby sibling’s diaper. In the span of minutes, their child was dead. The parents were shocked and shattered and gutted but also, there was a question that seemed taboo to talk about—who was to blame? Did the dad leave the childproof latch on the back door unlocked when he went out to the garage that morning? Should the mom have taken their toddler with her when the baby sibling’s diaper exploded and she ran upstairs to get something to clean him with? In these situations, there’s often a what if that results in self-blame or blame of others. So there’s the trauma of the child’s death, and the trauma of the guilt or blame, and both need to be talked about openly.

What have you learned about end-of-life from your patients (like “Julie” in the book) who were dying?

There’s a chapter in “Maybe You Should Talk to Someone” called, “What Not to Say to a Dying Person.” Julie, who was a newlywed in her thirties when she was diagnosed with cancer, told me she wanted to write a book with that title because well-meaning people often said very unhelpful things to her. She talked about a coworker who had a miscarriage and how another coworker, trying to console her, said, “Everything happens for a reason. This one just wasn’t meant to be.”

‘Not speaking about something doesn’t make it less real.’

“‘Everything happens for a reason’ is not a thing!” Julie said. “There’s no divine plan if you miscarry or have cancer or your child is murdered by lunatic!” People would say things like this to Julie: Are you sure you’re dying? Have you gotten a second opinion? Be strong. You need to be less stressed. It’s all about attitude. You can beat this! I know somebody who took vitamin K and was cured. I read about this new therapy that shrinks tumors—in mice, but still. You really have no family history of this? (If Julie did, the person asking would feel safer; it could be explained by genetics.)

Julie made me think about other patients who complained about comments people make at various difficult times: You’re young enough to have another child. At least he lived a long life. She’s in a better place now. When you’re ready, you can always get another dog. It’s been a year; maybe it’s time to move on. These comments are meant to comfort, but they’re also a way of protecting the speakers from the uncomfortable feelings that somebody else’s painful situation stirs up, leaving the person experiencing the adversity feeling angry and alone.

I, too, had the instinct to protect Julie’s feelings from the fact that she was going to die, but soon I realized how unhelpful that was. Not speaking about something doesn’t make it less real. It makes it scarier. And so we looked at death head-on together, even writing her obituary in my office.

What’s the difference between counseling and therapy?

Counseling is more prescriptive: Here’s what you should do about your job situation. Here are some practical things you need to take care of. Therapy is more about self-understanding: How am I feeling about this? How am I coping? In therapy, you may get some of both but we tend to focus on the latter.

What if someone who is grieving finds a support group they feel is helping them. Do they need to consider therapy, too?

It’s working if you feel understood and can be yourself in all of your contradictory feelings — it might be despair or sadness mixed with the joy of a new relationship, or mixed with relief that the person you loved so much (and still love) didn’t have to suffer more and in some ways that you were delivered from that particular end-of-life suffering sooner rather than later as well. These are such common feelings and it can be so helpful to have a place where your feelings are understood in all of their nuances. And it’s up to you when you’re ready to stop, but generally it happens when you start to function better in your grief, whatever that looks like for you.

This interview has been edited for length.

Gabrielle Birkner is the co-founder of Modern Loss.