I had to remind myself, repeatedly, that my mom was dead. If I can imagine what it feels like to have dementia, this might be it. Having to be told the same bad news again and again and again. 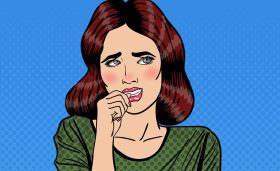 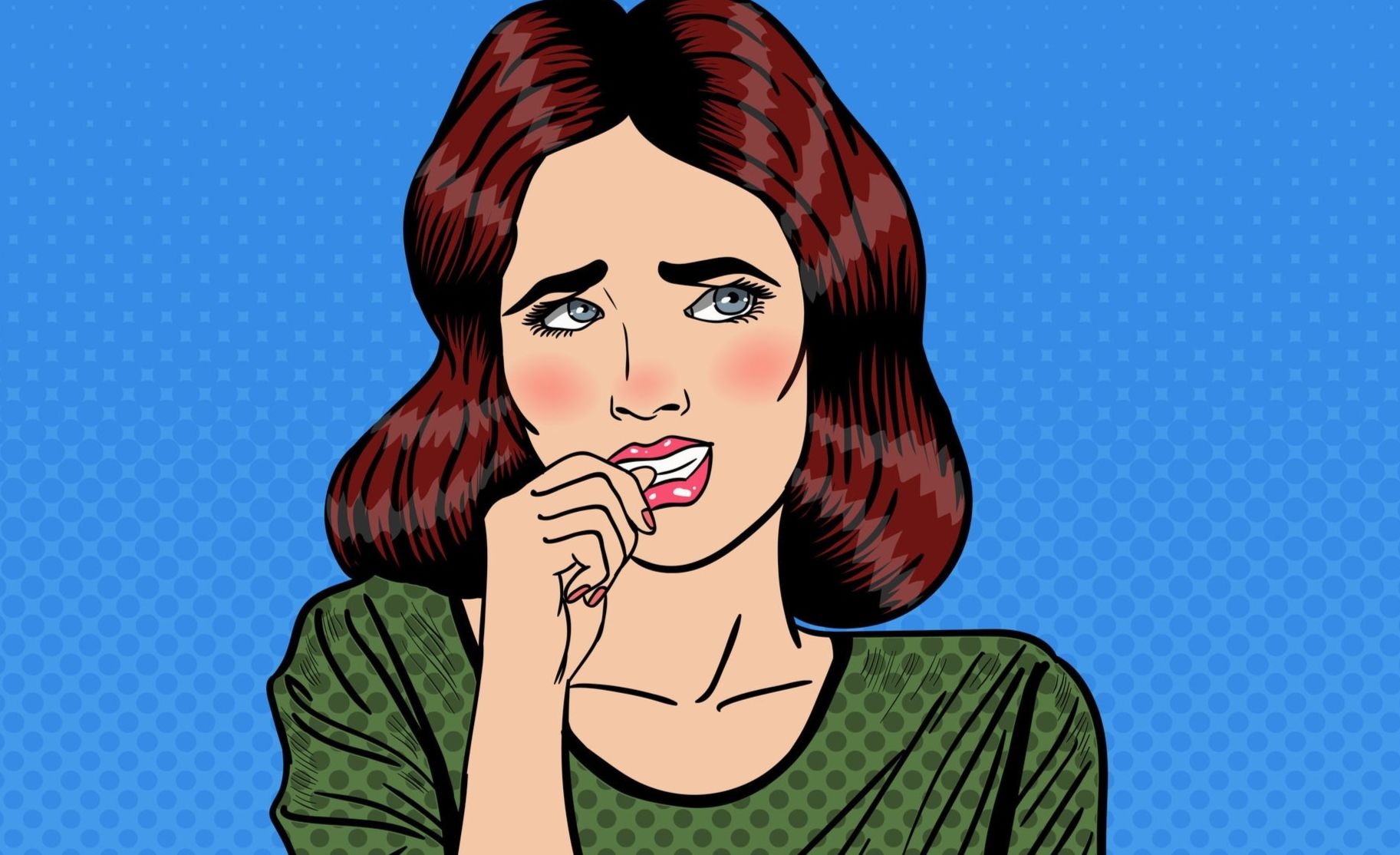 On April 6, 2015, my mom was in a very bad car accident. There was a sudden rainstorm and she was driving too fast on a country highway. She slid off the road into a gravel median, overcorrected and ran into the side of a large pickup truck that was towing a fifth wheel trailer.

My mom sustained extensive brain injuries, a partially collapsed lung and was paralyzed on the entire right side of her body. She never regained brain activity and was kept alive via breathing apparatus and feeding tubes for about two and a half weeks until I made the decision to have all life support removed. She died three days later, alone in the middle of the night at a hospice facility.

While my mom was in the hospital, my grandfather died after having been in a vegetative state for about five years.

In the coming months, I cleaned out my mom’s hoarder house alone while my extended family imploded over fights about money, control and the re-emergence of long-standing grievances.

Even though she never sought treatment, I’m convinced my poor mom spent the better part of her too short life fighting her own mental health struggles. When she died, I quickly learned she was surrounded by a cadre of grifters who now shifted their focus to me, trying to manipulate the situation for money and attention. I was polite for as long as I could be, but after a while just started cussing people out and slamming doors in faces. Everyone has a breaking point, I thought, after being rude to someone, and this is mine.

Or so I thought.

A $10 million lawsuit was filed against my mother’s estate (legally, me) by someone involved in her accident. Then her insurance company (which was technically the United States Air Force, because my mom was a retired career military officer) began threatening me with additional lawsuits. Fun fact: some medical insurance won’t cover dying in a car accident. Even though to my understanding, fear of car accidents and cancer bankrupting your whole life are the No. 1 and No. 2 reasons why otherwise healthy people bother with health insurance. But, I digress.

I stood in the middle of all this dutifully going about my work. I would clean out the house, fill out the paperwork, mediate the fighting, consult with lawyers and ignore the harassment. All day, every day. I developed some coping mechanisms that were good (yoga every single day, first thing in the morning) and some that were bad (drinking myself to sleep each night) but mostly just tried to put my head down and barrel through what was happening.

Things went on like this for about three months. Until my brain broke.

I’ll just call my mom and… You can’t, she’s dead. Let me just forward this to my mom and see what she… Nope, she’s not checking her email, because SHE IS DEAD.

It started in my body. One day I woke up and it felt like I wearing a lifevest carved from stone. I couldn’t move without tremendous effort, focus and will. I could hear a low hum that slowly became louder until all of my values, goals and personality were completely fogged out.

The part of your brain that ensures basic self-preservation was shouting at me from the other end of a long tunnel and I couldn’t be bothered to listen.

READ: When I Finally Came To, After a Months Long Coma, My Beloved Grandma Was Gone

If you asked me how I was doing during this period I would’ve told you the absolute truth, as I understood it: “I’m fine.” Because the part of my brain that could tell me there was a problem had also shut down.

Not sleeping really opens up a lot of hours in your day.  And in all this newfound time, my anxiety thrived. I believed people were constantly trying to break into my house and kill me. I was convinced if I fell asleep my house would catch on fire. I was plagued with visions that everyone I loved and who was still alive would die in car accidents. These weren’t theoretical fears, my brain was giving me the experience of watching my loved ones be crushed to death. I could hear their bones snap. I watched their blood spill onto the asphalt. I watched helplessly as the lifeforce leave their body.

The entire time this was happening, I would have the same recurring thought, “I should just ask my mom what to do, she’s always good in a crisis.” And had to remind myself, repeatedly, that my mom was dead. If I can imagine what it feels like to have dementia, this might be it. Having to be told the same bad news again and again and again.

I’ll just call my mom and… You can’t, she’s dead. Let me just forward this to my mom and see what she… Nope, she’s not checking her email, because SHE IS DEAD. I’ll just give her a quick check-in because… Hello, bitch, are you dumb? SHE IS DEAD. Get! It! Together!

When I told my therapist about all of the violent imagery bouncing around in my brain — she was totally unfazed.

“It’s normal for someone with PTSD.”

I’m sorry, no. What? Isn’t that for like, combat veterans and war refugees? Rape survivors or people who escape cults? I mean, nothing happened to me.

To be overly simple for a minute, PTSD (post-traumatic stress disorder) is your brain trying to reconcile traumatic experiences with your previous understanding of what the world is “supposed” to be. And your brain is capable of some pretty wild shit. I’m no scientist, but I’m pretty sure the human brain is like, a million computers. And PTSD is like if the movie “Avatar” took place in hell.

Also up to this point, I probably only associated the idea of “trauma” with something happening to a person physically. Which I know now is incorrect.

So then came the work.

According to “The Complex PTSD Workbook” by Arielle Schwartz, the three pillars of PTSD symptoms are avoidance, invasive thoughts and depressive responses. So I started chipping away it.

PTSD is like if the movie “Avatar” took place in hell.

I go to counseling regularly. I found a grief support group that focused on adult children with deceased parents. I read books by people with similar experiences. I journal. I exercise. I’m constantly on the verge of trying meditation.

I severed ties with toxic people. I  moved to New Orleans, a city where I didn’t know a single person, but to which I felt an immediate, profound connection. By living in a community that continues to figure out how to live (and thrive) with collective trauma, nothing about me felt weird or inappropriate anymore.

It was in New Orleans that I finally began to untangle what losing my mom meant for me. The sudden absence of generational wisdom. The confidant. The complicated woman I still had so many questions for, that would always go unanswered. You know, the “normal” (read: acceptable) parts of grief.

Processing the lost relationships, broken trust and pervasive cynicism is messier. And people who haven’t been through it, don’t like to hear about messy it can get. But sometimes things are just gross but you still have to go through them.

And the more I allow myself to feel and express the complex emotions I had and have around my mom’s death, the less disconnected I am from reality. It is not easy. It’s scary, sad and challenging work. But now the voice telling me when and how to get my life together no longer exists at the end of a long, dim tunnel. It sits right beside me and hollers whenever I’m spending too much time on social media.

Erin Donovan is a documentary and commercial film producer based in New Orleans. She is currently writing a memoir, and contributes regularly to Modern Loss. Connect at www.erindonovan.com.