I screwed up my dad’s birthday a long time ago. His reaction continues to teach me lessons years after his death. 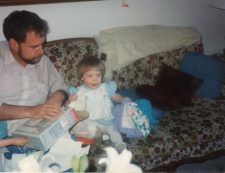 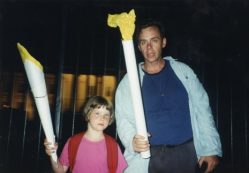 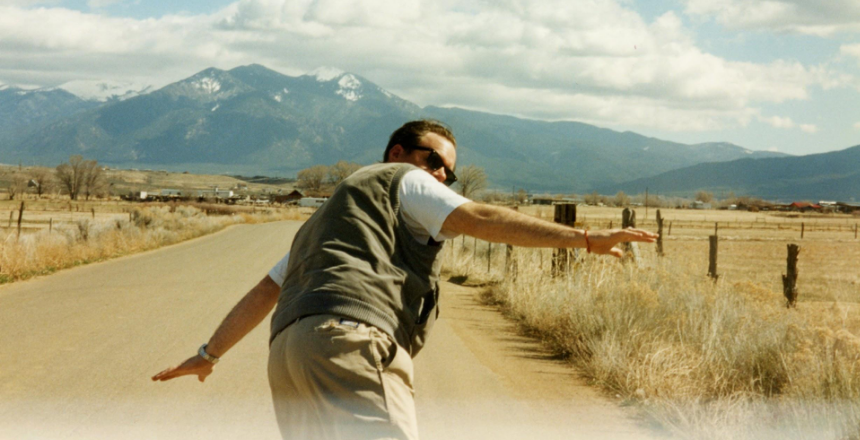 I’m bad at doing Father’s Day. Every year, on a mid-June Sunday, I usually hide in my bedroom, hastily posting a retro Instagram photo of my father before proceeding to shovel Pad Thai into my pie hole, in my actual bed inside my bedroom. (I rarely do this but “FD” deserves some “noodles in bed” allowances.)

As I begin preparing for this year’s noodle extravaganza, I think about all the various holidays in years past when he was alive, and then the ones when he was not. Birthdays were considered a second-tier holiday in the Carr household and often recognized without much fanfare. But the simple act of acknowledging them and sending an email was an unspoken expectation.

On September 9th, 2008 and I was running late, cursing myself for not leaving enough time for a java break before the deeply boring and impractical philosophy class I had signed up for as result of University of Wisconsin telling me I needed a “balanced” education to get my degree. I glanced at my phone and saw a very rare two missed calls from my sister. I immediately called her back. “Meagan, running late to a class. What’s up?”

“Just calling to let you know of our mutual fuck up,” she said.

Meagan rarely swore. I grimaced. “Oh, god, what are you talking about?”

“It was dad’s birthday yesterday.”

Noooooo, I shrieked like a cartoon villain, even closing my hands into fists like the character would.

By now, I’d forgotten all about philosophy class. I had a decision in front of me, do I call or email? Email was our way, and yet it felt like it had the potential to add fuel to the fire?

Some dads might laugh it off, knowing their kids were busy at college. Sure, they’d be a little miffed, but it wouldn’t be some deep unforgivable insult.

I had a feeling my dad would feel differently.

Let me backup and tell you a bit about him. 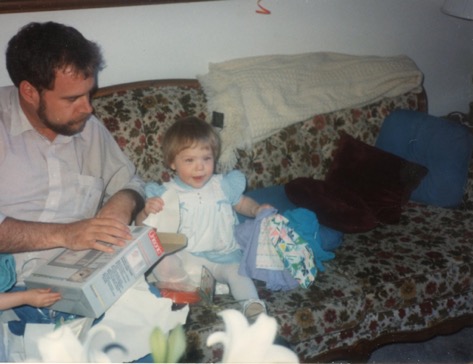 David and Erin open some gifts in Minneapolis, 1989

David Carr, my dad, was a notable New York Times columnist and the author of the bestselling memoir “The Night of the Gun.” He died unexpectedly in 2015 due to complications with a lung cancer he did not know he had. My dad wrote extensively about media, red carpets (glamorous) and newsrooms (less glamorous). He also had a quite an unusual path to the Times. In his 20s and 30s he became addicted to alcohol and cocaine, eventually graduating to smoking crack cocaine. He got this then girlfriend pregnant and she gave birth to two premature babies girls. It was then when my father came to a reckoning point: would he continue to use drugs and ruin not only his life but potentially that of these little innocent babies? Or would he get sober and stick around to raise us? You might ask if the third option was my mother but unfortunately it was not. My dad turned himself over to treatment and after an intensive 6 month treatment at Eden House, he was sober. For the majority of my life I had an understanding that my birth had changed his life.

But back to his birthday. I typed Fahja (what I called him) into my phone and took a deep breath. There would be yelling ahead.

It rang and rang and rang. I exhaled, figuring I was safely on the shore of voicemail-land, where I could explain and apologize to my heart’s content. But there would be no such safe shores. My dad picked up and managed to grunt a “HEY” in his gruff, tobacco infused voice. I squeaked back, quite uncharacteristically, “Hi dad so sorry I know it’s your birthday and I forgot, no excuses, are you ok, what’s going on.”

He then said nine words that sliced me in half. “I was into feelings. On deadline. Call you later.”

Oh god, that made my anxiety worse. I quickly abandoned my philosophy class and raced back to my dorm room. After much fretting, my 21-year-old young self typed the following:

I feel awful. It was really inexcusable of me to forget your birthday. It is not your fault at all, and is not representative of how you raised Meagan and me. I have just been self centered lately with everything and it is not an excuse. I don’t know how I would feel if you forgot my birthday, and I am so sorry I did that to you. I really respect and admire everything that you have accomplished this year as well as in general. I would most certainly not be here if it wasn’t for you, I am sorry I forgot that. I hope everything else is going ok and that we will talk soon. I love you so much dad.

There was a shot he would lay into me again but I knew that a mea culpa in email form was the surest ticket to us “being good.” A reply arrived exactly 17 minutes later.

I was into some significant feelings, but it’s behind me and this helps a lot. we’re good. 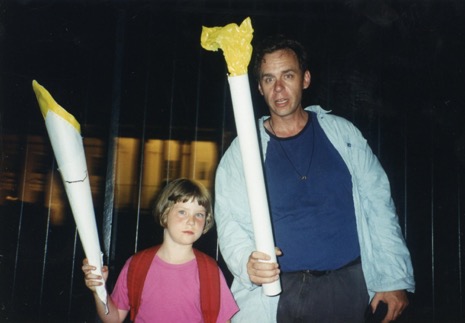 Ten years have gone by since my mishap. And I marvel at how much has changed and yet stayed the same. In just a 16 word email exchange, my father taught me a better lesson about love and forgiveness than any long-winded explanation could. He forgave my moment of weakness, quickly and thoroughly, and truly moved on. It was one of many arguments we had, but his simple act of forgiveness at a thoughtless action is something I think a lot about.

I recently published a book about the emails and lessons we shared and as I sit alone in my apartment, with June 16 looming, I’m reminded of this one.

To all the dadless ladies and gents out there: As hard as I know it can be to do, I hope you forgive yourself for all that was screwed up or left unsaid. You love and continue to love. I think there is a misunderstanding that the relationship stops when a death occurs. I don’t agree. I feel connected and know, against most reason that my dad is listening as I turn these memories over and over in my mind. They are alive in what they left behind but also within us.

Happy Father’s Day, Fahja. Will be sending you an email on September, 8th. Trust me; I don’t ever forget.

Erin Lee Carr is a documentary director. Her latest film details the Larry Nassar sex abuse scandal titled “AT THE HEART OF GOLD,” now available on HBO. Erin’s book about her father David Carr is called “ALL THAT YOU LEAVE BEHIND,” and now available wherever books are sold. She loves talking about true crime, dads and ghosts.

Tags: All That You Leave Behind, At the Heart of Gold, Birthdays, David Carr, Father Loss, Father's Day
Published on June 11, 2019