I used to resent the endless sorting, washing and folding. Then my daughter got sick — and everything changed. 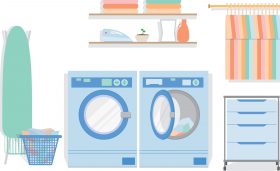 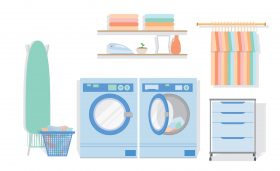 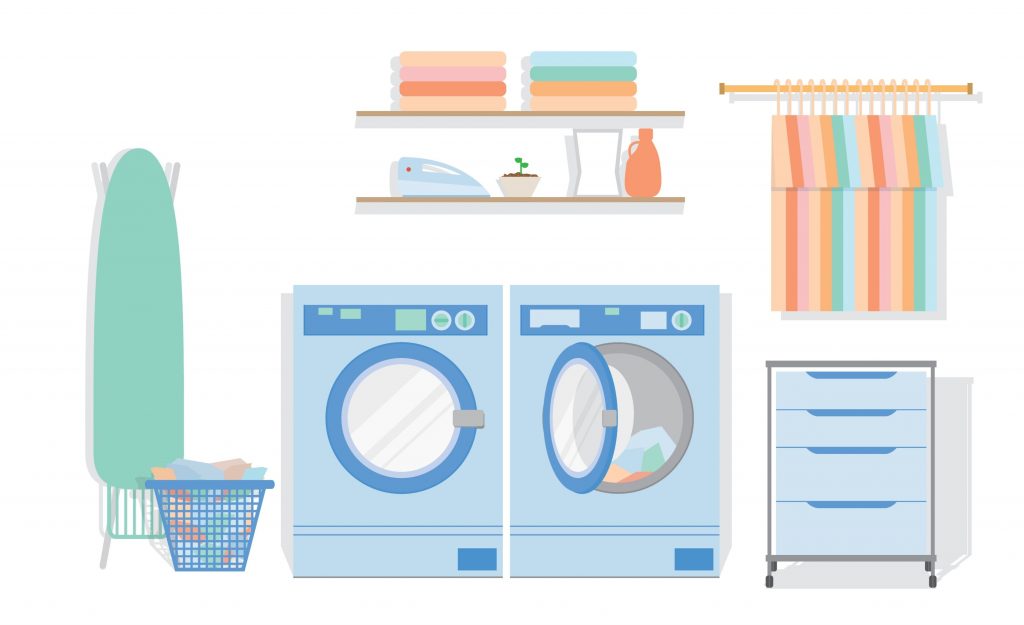 For me, the stages of motherhood have always been marked by different kinds of laundry.

When my girls were babies, the laundry basket overflowed with tiny socks, onesies, and milk-stained towels. These gave way to leggings, t-shirts, and cotton dresses in primary colors during their toddler and preschool years. By the time they were in grade school, the laundry had taken over— piled at the bottom of the stairs, blanketing the floor of the laundry room, clogging the few hooks meant for our jackets, spilling from their closets and drawers. I spent most weekends sorting, washing, folding, and putting laundry away.

I hated it. It felt like it would never end. It was all-consuming, like a mountain preventing me from seeing anything more than the obstacles of matching socks and sorting clean underwear. 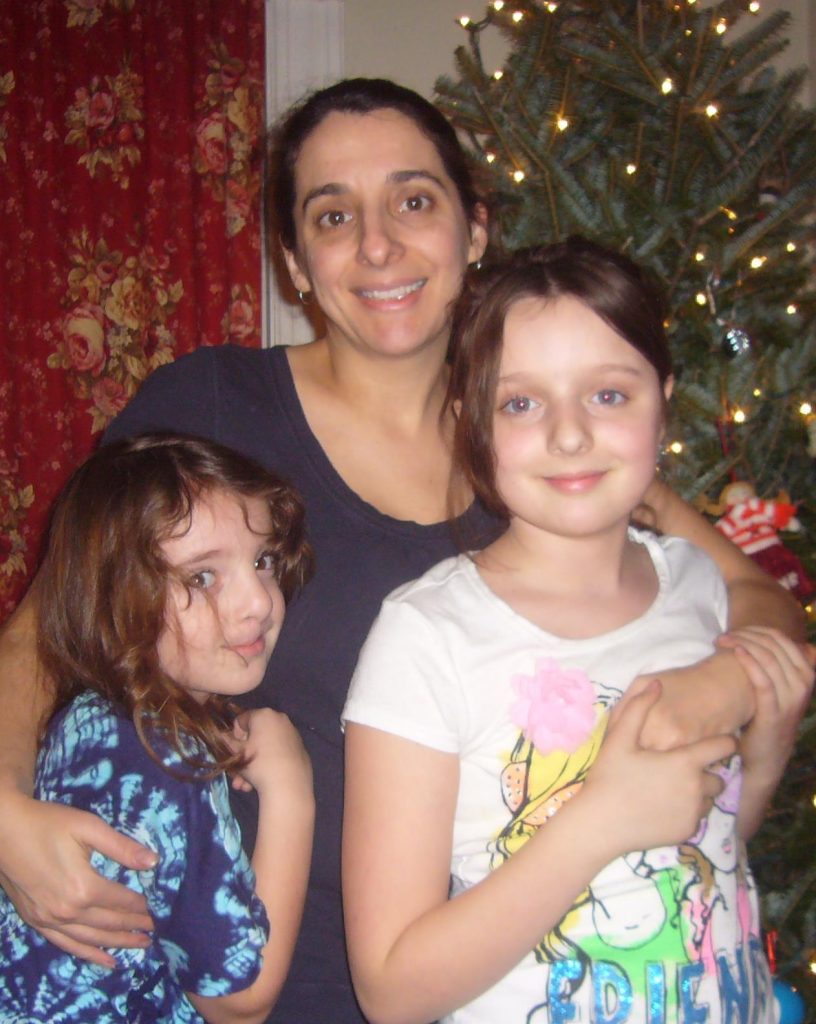 The author with her daughters, Emily, left, and Ana. (Courtesy of Jacqueline Dooley)

I wanted to be done with it. I imagined a clean laundry room floor. I envisioned drawers that closed without being forced shut, and neatly folded shirts, jeans, and sweaters, proof that all was in order, that I had everything under control.

But then, around the time my older daughter, Ana, turned 11 and my younger daughter, Emily, turned 8, the constant churn of new clothing slowed. They didn’t outgrow things as quickly and we stopped getting hand-me-downs. The girls had also begun helping me (somewhat) with this familiar chore. I stopped hating laundry.

Then, three months after Ana turned 11, she was diagnosed with cancer. She spent the first 40 days of her illness hospitalized as the doctors tried to diagnose her exact form of cancer and prevent her precipitous weight loss from killing her.

READ: The Hummingbirds Who Lightened My Grief

She was discharged in early October of 2012, a changed child.

She’d lost 10 pounds from her already thin frame, had a central line inserted into her chest in preparation for chemotherapy, and had been through more than a dozen procedures, including two extremely painful abdominal biopsies. She’d been admitted to the hospital as a seemingly healthy 11-year-old girl. By the time she was discharged, she was painfully thin and had just started chemotherapy, but she was endlessly grateful to go home.

There is a hard line that forms in your life when something terrible or wonderful or huge happens. It’s the dividing line between the “before” and the “after.” I grieved for the before-time. I hated that dividing line.

Normalcy became a refuge for all of us after that six-week-long hospital stay. I recall sitting on the floor of the laundry room, separating piles of the girls’ clothes, and sobbing. I was sure that nothing would ever be the same again. I thought about how lucky I’d been when all I’d had to complain about was too much laundry, too many chores, and too little time for myself.

Back then, there was no question in my mind that my daughter would survive. While I knew we could never go back to life before cancer, I was completely incapable of visualizing a world without both of my children in it.

And for a while, I didn’t have to. My daughter had a liver transplant and got better.

Remission was brief. Six months after her initial tumor was removed, two new tumors were discovered in her abdomen. The cancer was slow-growing. Her doctors were able to manage it with a combination of oral chemotherapy, radiation, and surgery.

My girls grew. Laundry once again multiplied as the clothing itself got larger and their desire for more of it increased.

I continued to do their laundry, but this time I felt no resentment at all. A perfect evening for me involved both my girls playing video games in the living room while I sat on the floor and folded one or two loads.

For the first time since I’d become a mother, I had no desire to get to the bottom of the laundry pile. Cancer had given me a glimpse of what the ending of active motherhood might look like. It made me contemplate empty-nest syndrome far before I was ready to deal with it. Life without both my girls would mean less laundry. It would mean so much less of everything.

I’m grateful for every single shirt I folded, every pair of matched socks.

I continued to do their laundry. Ana’s bedding, the dirty clothes in her hamper, the last towel she ever used – I washed all of it. I folded it and put it away as if she might come home any minute, as if she still needed it. Her drawers were never neater. The bedding never fresher. My laundry burden, shrunken by 25%, had never seemed lighter.

Emily is now taller than her sister was when she died and weighs about 10 pounds more. There are no more hand-me-downs. The clothes she inherited from her sister are full of holes or they’re too small or she has no interest in wearing them.

She is also much less interested in collecting clothes than her older sister was. She’s happy with a few sweatshirts, leggings, and t-shirts. I’d gotten so accustomed to doing laundry that I can now get ahead of it before the weekend even approaches. I can finally see the rug in my laundry room, but this brings me no joy.

There will be even less to do when Emily goes to college. What then? Who am I, if I’m not doing someone’s laundry? Who will I be, once the daily act of mothering comes to an end?

I know that when Emily leaves this nest, another line will be drawn, another “before” and “after” will slice its way through my life and bring with it both fresh hope and fresh grief. Nothing will be certain, as nothing ever is, but there is one thing I can promise my daughter: she is always welcome to come home to do her laundry.

Jacqueline Dooley is a writer and entrepreneur living in New York’s Mid-Hudson Valley. Her essays on parenting a child with cancer and parental grief have been published in The Washington Post, HuffPost, Longreads, Pulse, The Wisdom Daily, and in 2017, for Modern Loss.  Find her on Twitter @jackie510.