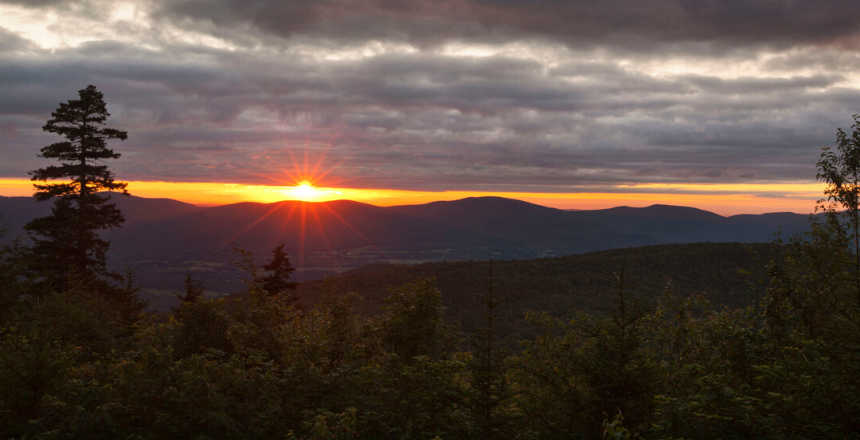 They sound mystified, as well they should be, to think that, these days, I’m happy. Am I? Well, I’m not going that far. Happiness is a little hard to achieve in the middle of a pandemic that’s killing hundreds of thousands, putting even more out of work and taking apart a world already in upheaval over the lynching of a black man by a white police officer. But, even given the sadness I experience daily about the great global suffering and rampaging racial injustice I see around me, I do have daily bouts of happiness or, maybe more precisely, contentment.

Eight and a half years ago, I lost my longtime partner, Gary, to liver disease. We were in our early fifties, had been together almost twenty-five years and it was a blow from the cosmos. We lived for part of every week in a small apartment in New York City, but about ten years earlier we had bought a modest house on about four acres of land on the edge of a small village in Massachusetts to which we’d retreat every weekend. It was the place where we’d retire when our time in the city was done.

The apartment was always Gary’s favorite place, but the house in Massachusetts was mine. I love to garden and tinker and grill. In the winter, I love to walk in deep snow. I grew up in a small Pennsylvania coal mining town but always worshipped the romance of New York City I saw in movies and on television.

Yes, I’m fortunate. I have two homes, but I wince when people say I’m lucky. To paraphrase Mae West’s comment on “goodness”: Luck had nothing to do with it.

Yes, I’m fortunate. I have two homes, but I wince when people say I’m lucky. To paraphrase Mae West’s comment on “goodness”: Luck had nothing to do with it. We were lucky to find such a wonderful house, but like a lot of other widows and widowers, I worked hard to keep the house after Gary died. When our two-man band became a solo act with a single income, I had to scramble, but I was never giving up my house and worked hard to keep it. It’s mine through hard work and, after Gary died, it became my weekly life raft. Little did I realize it was to become something more – a sort of salvation. As fears over the pandemic grew, a wise cousin who saw the signs early on told me to get out of the city. So, I got in my car and drove north.

It’s no secret that I’ve been unhappy with my adopted city for some time now. Coarse behavior in restaurants, bizarre ticket prices for shows in theaters filled with audience members behaving badly and the increased emphasis on money in a town always known to be a financial capital of the world have all made New York City’s usually attractive edge harder and, frequently, insufferable. Every weekend when I got in my car and left, it was like a release from all of that, but it was a release from something else as well.

My partner was seriously ill for a year before he died. As anyone knows who has cared for a seriously ill person, the path to recovery or death is a hard one relieved only occasionally with a burst of happiness. That apartment in New York City holds a lot of memories for me. Unfortunately the memories are more bad than good: Trips to the emergency room in brightly lit ambulances. The frantic search for an expensive and necessary drug. The happy memory of a Christmas morning spent talking by phone with family and friends. The shock, one morning, of him not knowing who I was. A return to the apartment with his belongings in early January after he had been pronounced dead. Waking up at three o’clock the next morning and conducting a crazed search for everything left in the apartment that had to do with his illness, dragging half a dozen garbage bags of bad memories and an IV pole down to the trash before the sun came up. My neighbors must have thought that I’d gone insane. After that, it was months of getting into bed with my clothes on after work because I couldn’t stand to be conscious anymore. Over the eight and a half years since Gary’s death, it’s become better in my apartment, but it is never perfect. It’s never like it was – a totally happy place – and I doubt it ever will be.

Over the eight and a half years since Gary’s death, it’s become better in my apartment, but it is never perfect. It’s never like it was – a totally happy place – and I doubt it ever will be.

One thing, though, did bring me happiness: pulling into my garage in the Berkshires, alone. Every week, I got out of the car, defrosted some soup for dinner or made a sandwich, lit the fireplace if it was cold or put a chair out on the deck if it was warm. Every week, I made myself a drink and breathed out. And that feeling has only increased over the years.

Now, living for much longer than a weekend here in Massachusetts in the midst of a pandemic that’s turned our old lives off with the flick of a switch, the sad times spent in the apartment don’t affect me. My life here is all about my house and my work and my gardens and the forest and the animals that roam by and the books I’ve collected over the years and the music I like to listen to. I feel like I’m living in what Emily Dickinson called “Nature’s House” which she said offered us “The Hospitality/That opens with an equal width/To Beggar and to Bee.”

Here, there are no jammed subway cars, no crowded streets, no restaurants filled with braying diners, no people boasting about what they have and what you don’t. Here, along with the worries we all have about the pandemic and our country’s future, I have found one sure thing: an open hand offering a pause in that rushing stream, a time to stop and reflect, a time to think about what I can do to help make our country a better place with whatever time I have left. I know that it won’t last and, soon, I’ll have to return to New York, but in the midst of all the great sadness the world is going through, I am astonished daily by this unexpected gift and, admittedly, feel lucky to have this thoughtful pause in my life.

Michael Flamini is an Executive Editor at St. Martin’s Press.