Grief can have a clarifying effect, a way of lasering away the mundane. Here’s how you can apply some lessons from loss to this year’s surreal new world. 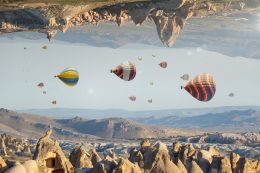 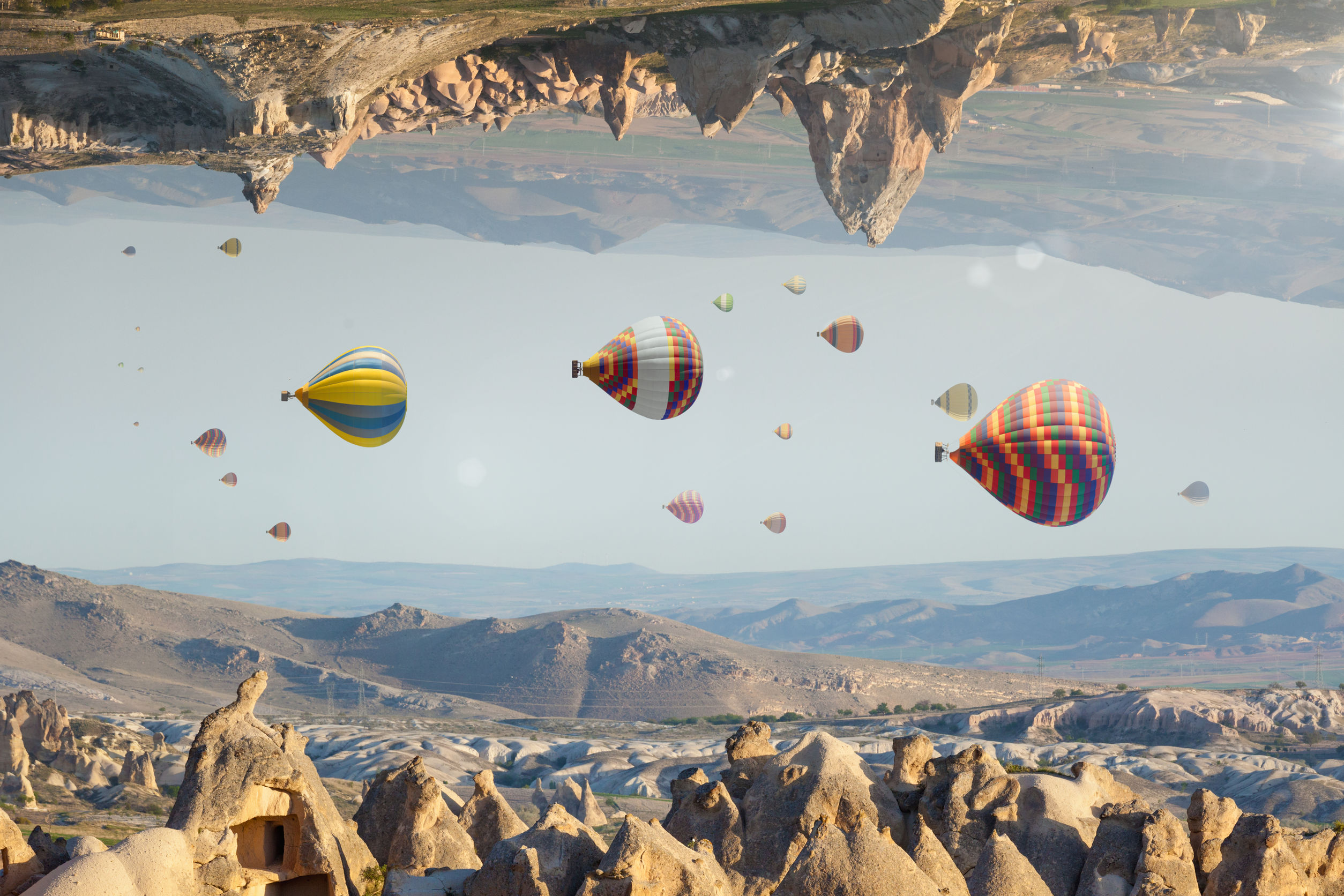 I belong to a particular subset of the We the Grievers Club: We Who Grieved Young. My membership began fourteen years ago when my father went from presenting as completely healthy to unconscious and sedated in an ICU in less than three weeks.

Since then, I’ve had a fair amount of practice learning the rules of grief—i.e., there are no rules—and planning accordingly, adapting my grieving rituals and practices over time. I have learned to never go see a Disney/Pixar movie in the theatre, because inevitably a parent will die and I will sob uncontrollably in public. I set aside his birthday as a time of good food and celebration, avoid social media on Father’s Day, and spend the anniversary of his death with my mom, sharing space and allowing each of us to feel whatever we feel without judgment or obligation.

All the same, I was fairly unprepared for the ways that a global pandemic and months of quarantine would trigger my grief memories. Waiting out COVID-19 at home, scrolling through one bleak headline after another felt a lot like sitting in the ICU waiting room, a place where people rarely get good news. The particulars of this virus, which have caused so many to suffer from shortness of breath, feel especially cruel to someone whose father’s cause of death was rare, rapid-onset lung disease.

I watched my father die. My mother and I placed a DNR and asked that he be removed from the respirator he was dependent on, then made comfortable with pain killers and oxygen. I don’t know how long we sat with him on his hospital bed, holding his hands and telling him to let go, but I think of those excruciating minutes each time I think of George Floyd asphyxiating to death, murdered by a knee digging into his neck for nearly nine minutes. The asphalt he was pressed against stands in stark contrast to the sanitized hospital linens my father died on. There was no family at Mr. Floyd’s side.

Since March, uncertainty, sadness, and frustration have permeated the spaces I occupy, both physical (the house I share with my wife, our seven-year-old, and our seventeen-year-old) and virtual (online faculty meetings, Zoom sessions with my tenth grade students, coordinated happy-hours with long-distance friends, and social media); it has become increasingly clear to me that we are experiencing collective grief, only most of us without the tools to call it such.

It has become increasingly clear to me that we are experiencing collective grief, only most of us without the tools to call it such.

Experiencing intense loss before the age of twenty-five leaves behind a particular kind of mark and often winds up dictating the future course of a person’s life. I also find that being part of this club leads me to make unexpected and otherwise unlikely connections, deepening and strengthening certain relationships in an almost sacred way. As I found myself looking at the world around me through the lens of collective grief, I knew I wanted to talk to others who might be seeing the same.

To this end, I asked two women to join me in conversation: Sabrina Bailey, who just completed her sophomore year of high school, and Julie Espinoza, a licensed professional counselor with 18 years of experience. Sabrina was my student this year, and the very first piece of writing she submitted to me in August was an unbelievably beautiful account of losing her father at age ten. When she sat down for her one-on-one writing conference, we both wound up crying.

Julie is one of a handful of therapists I’ve worked with in my life, but none of them have ever understood or spoken about grief the way Julie does. She “gets it,” and I knew I wanted to have her perspective as a clinician in this conversation. As it turns out, Julie has her own history with grief that deeply informs her work; when she was 20, her boyfriend died by suicide, an event that shaped Julie’s future career.

Though they were strangers to each other at first, both Julie and Sabrina were incredibly generous with their stories and wisdom during our hour-long Zoom call; rather than transcribe the entire conversation, I have tried to capture the themes and take-aways that I believe have something meaningful to say to all of us in this particular moment.

For each of us, at ages 10, 20, and 23, respectively, loss came with a crisis of identity, the desperate effort to make who we thought we were and what we thought we knew about the world square with the reality of death. In many cases, the current pandemic is forcing the same, even for those who have not been touched personally by the disease. Things that previously seemed like a guarantee or a given are off the table: school, summer camp, big weddings, crowded birthday parties.

Grief can have a clarifying effect, a way of lasering away the mundane. Daily life is disrupted, causing you to regard your surroundings, routines, and habits in a new way. No surprise, then, that quarantine has spawned existential crises both individual and collective. We may want things to go “back to normal,” but accepting that they won’t is essential to moving forward.

“You don’t tell people how to grieve.”

Over the course of our conversation, all three of us referenced the hurtful missteps and well-meaning but ill-advised comments we faced in the wake of our losses. I remember the impulse to narrativize that seemed almost reflexive in others, the desire for those around me to make meaning or pose an explanation for the terrible thing that had just happened to me. Ostensibly people did this to comfort me, but it only ever seemed to comfort them.

Julie paralleled this to the preponderance of “Stay positive! Be grateful!” messages that flooded social media in the early days of quarantine. I too observed this tendency from my position as an educator, alarmed by how many teachers and adults seemed to think that the best thing we could do for our students and children was to act as if nothing had changed—despite the fact that everything clearly had. Sabrina shared that, when she returned to school following her father’s death , her classmates were instructed to treat her “the same,” an experience so isolating that she ate lunch alone for the rest of the year.

Imagination goes hand-in-hand with grief; before you can imagine a new future or pathway forward, you must let yourself feel the loss. You have to sit in it, sit with it. Julie shared that there is a therapeutic term for this — creative hopelessness. Inside of this space, you accept that the old you is gone, and you sit inside not knowing where life will take you next. Instead of trying to control what happens, you work to make peace with ambiguity, trusting that the answer will reveal itself.

Unlike many of her classmates (and indeed many adults as well), Sabrina’s worldview did not collapse because of COVID-19. She knows how mercurial life can be.

Though I had never heard this term before, I was intimately familiar with what it referred to; it was a quality I had noticed in Sabrina over the previous months of distance learning, cancelled spring break, and uncertainty. She demonstrated so much emotional flexibility, what Julie calls the “grief superpower,” an ability to sit inside of difficulty, resisting the urge to deny while making room for a full range of feelings. Unlike many of her classmates (and indeed many adults as well), Sabrina’s worldview did not collapse because of COVID-19. She knows how mercurial life can be.

Much to this English teacher’s delight, Julie pointed to a literary parallel for creative hopelessness: this excerpt from Ranier Maria Rilke’s Letters to a Young Poet:

“Be patient toward all that is unsolved in your heart and try to love the questions themselves, like locked rooms and like books that are now written in a very foreign tongue. Do not now seek the answers, which cannot be given you because you would not be able to live them. And the point is, to live everything. Live the questions now. Perhaps then, someday far in the future, you will gradually, without even noticing it, live your way into the answer.”

“If it’s grief, then there are no rules.”

We would have been remiss in our conversation had we not discussed grief’s relationship to the waves of protest and activism that have swelled in the past month. If talking someone out of their pain is a damaging form of invalidation, what then would we call the pageant of societal denial when it comes to anti-Black racism in America?

“We have a hard time connecting to our anger,” Julie shared. And we tend to resist emotions in others that we are unwilling to confront in ourselves.  Instead of using others’ expressions of anger as an opportunity to connect, we shut the feeling down completely, even going so far as to blame or fault others for expressing their feelings in a fashion that makes us uncomfortable. “You have no right to judge them for how they’re grieving that loss,” Sabrina said vehemently, referring to Black Americans demonstrating against a history of pain.

“Underneath anger is sadness, hopelessness, fear, hurt,” Julie added. “Don’t shame people out of their anger.” It is human to feel awkward and clumsy in the face of raw grief, and natural to resist such feelings. But we must practice sitting in discomfort because our pain connects us to our values. “If we push our pain away and don’t explore it and understand it, then we can’t get to what really matters.”

Nishta J. Mehra is the author of Brown White Black: An American Family at the Intersection of Race, Gender, Sexuality and Religion. She lives in Phoenix with her family.