How I’m Dealing with Climate Grief

Sometimes I’m grateful my mom is dead—she gets to avoid witnessing the devastation on Earth. Getting involved in climate justice has given me hope. 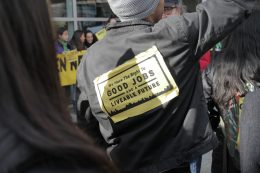 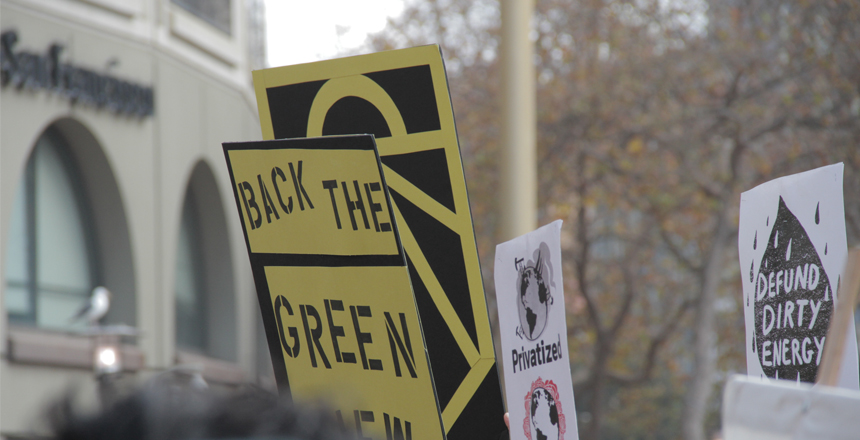 I was sitting in my room, preparing to drive from Los Angeles to San Francisco to participate in a protest to encourage Speaker of the House Nancy Pelosi to support a resolution to create a select committee to draft legislation for a Green New Deal. Which is a whole lot to say in one breath.

It’s theoretical so far, but in its most basic terms a Green New Deal would be a sweeping government program that would employ millions of Americans to both combat and prepare for climate change—creating jobs that could range from overhauling energy infrastructure, to building for climate resiliency, expanding mass transit, building and installing solar panels, doing research, and promoting reforestation. Its goal would be to swiftly transform our economy and society at the scale needed to meet the climate crisis and achieve both sustainability and economic stability. A green jobs program like the Green New Deal polls extremely well across the aisle, but a lot of establishment Democrats have been extremely slow to support it or, like Pelosi, have outright pushed back.

Which is why we were planning to be there, on a chilly Tuesday morning in December, to chant and share stories and occupy space to encourage Pelosi to take the lead from more progressive politicians and take the climate crisis, and our futures, seriously.

I should have been packing, but instead I was staring at the notes app on my phone, trying to write. The organizers of the protest had put out a call for participants to prepare short speeches about why they were there, about how they had been personally affected by climate change, and why a Green New Deal would be important to them. I was drawing a blank.

There were some obvious answers. I live in California, and over the past decade I’ve watched the state I grew up in be engulfed in wildfires that grow more deadly and destructive every year. I’ve decided I probably won’t have children because I can’t justify exposing them to the unstable and violent world that might arise as the climate becomes more extreme and unpredictable.

But both of those are actually pretty generic statements among my peers. We’ve all been watching California burn. I know dozens of people my age who have decided not to become parents. I wanted to say something different, something particular to me.

I typed: “Sometimes when I think about climate change I feel grateful that my mother is dead. I’m glad she won’t be here to see it.”

But sometimes I look at where we are, and what we’re up against, the havoc that climate change and its side effects are already wreaking on our most marginalized communities, and the fact that politicians and corporations are either resigned to the status quo or actively making things worse—and I hate to admit it but some days I’m glad she isn’t here to see it. I’m glad she doesn’t have to feel the anger and the fear and the anxiety that I sometimes feel will eat me alive. 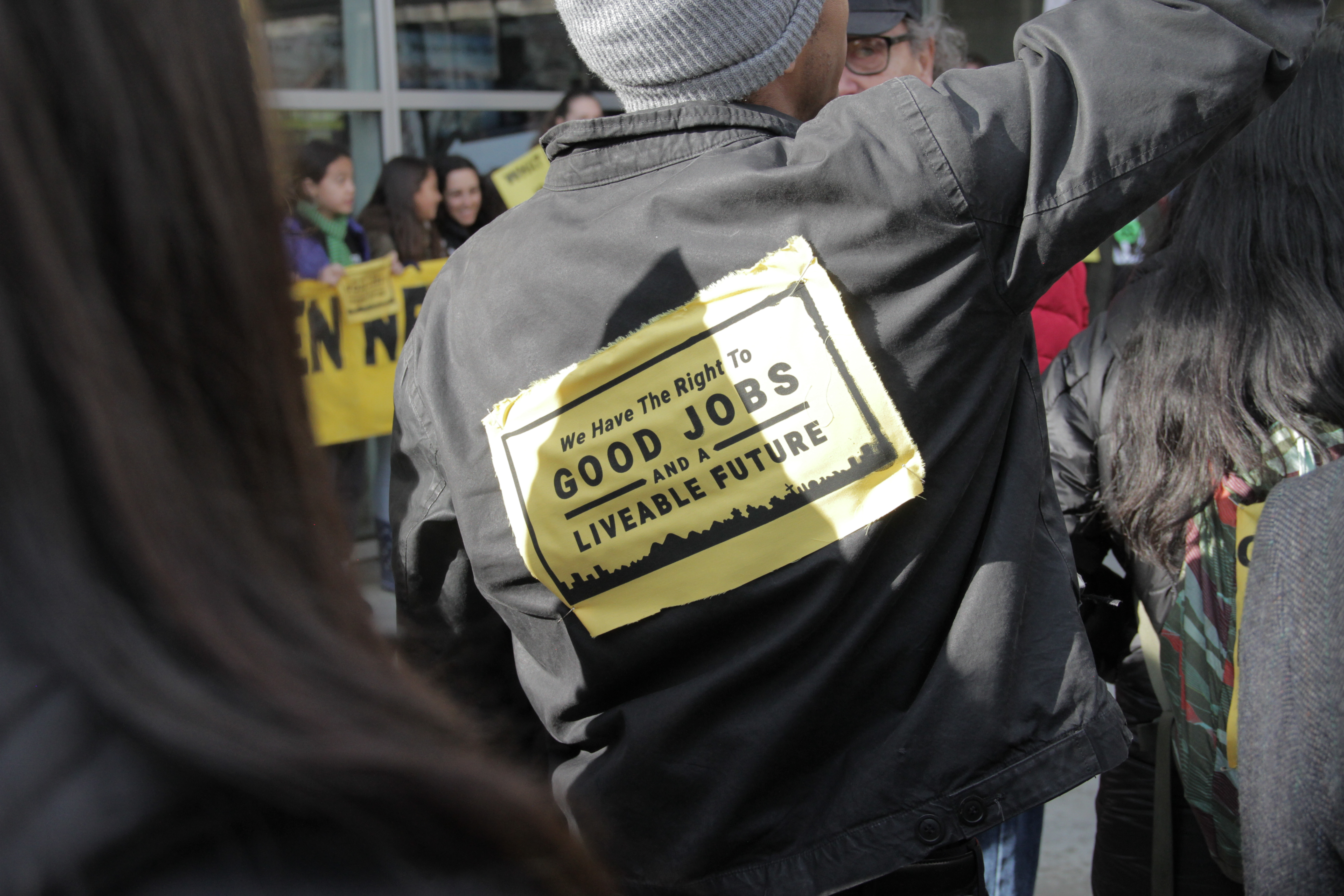 Now, at 24, I am struggling to process loss on an exponentially greater scale, a loss that not only includes people and communities but entire ecosystems. Millions of people have already had their families and friends taken from them by the droughts, famines, wars, epidemics, natural disasters, and mass migrations that are part and parcel of a warming world. My mother died from breast cancer. I don’t count myself among those who have lost someone they love to the effects of climate change. Many of us don’t. At least, not yet.

I don’t want to end on a bleak note. We still have time, and there are so many actions we can take to mitigate climate change, and to prepare for its effects as they come.

We can support a Green New Deal and fight to remove fossil fuel money from politics. We can support people and states who are suing oil companies for intentionally suppressing research on climate change for decades, and young people suing their governments for failing to protect them from its effects. We can support the workers employed by the coal and fossil fuel industries and make sure that they have jobs waiting for them in a greener economy. We can eat less meat, take our money out of major banks, and passionately support (free and accessible) public transit. We can talk to each other, honestly and often, about our hopes and fears about what the future might look like. We can find new ways of being, of coping, of moving through our grief.

We can fight to build a world good enough for me to wish my mother was alive to see. Which is obviously is not the only reason I’m invested in climate justice, and not the reason I think other people should be invested in climate justice either.  But I think it’s useful to remember that we are fighting not just for ourselves or for the planet but for each other, fighting together to create a future that’s good enough, and safe enough, and just enough for the people we love. Life on earth is beautiful, fleeting, and wonderful. It is worth protecting.

Ruby Dutcher lives in Los Angeles with her father, sister, and two dogs. She is sometimes a person who writes. You can follow her on Instagram @idiomatic.ruby for both fun thoughts on climate change and fun therapy bathroom selfies.