How To Bury a War

As the last Holocaust survivor in our family was lowered into the ground, a generation was laid to rest. 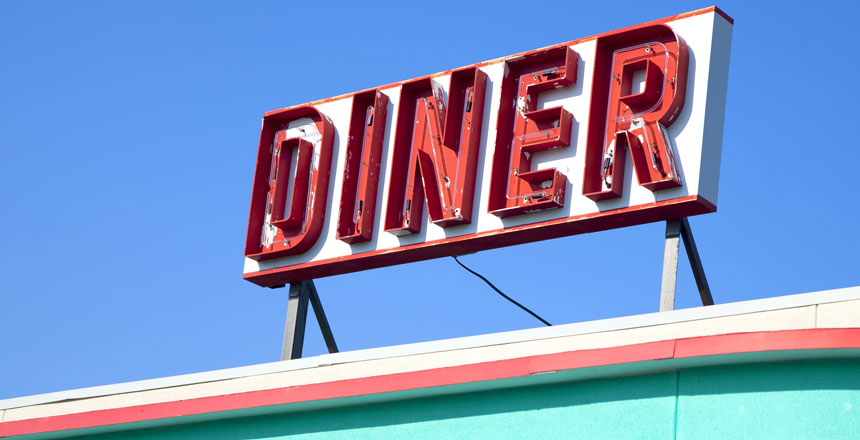 How do you bury a war?

You start at the Tom Sawyer diner in New Jersey. You sit with a gaggle of relatives, all impacted by their parents and their fists and their fears and their grief. You order matzoh balls and you order cobb salads. No one asks for the bacon held. There are tuna melts and there is cream soda and everyone is American now. This is the beginning.

Once full, and after a funeral where Orthodox Jews and random strangers, where people look like they came, as your uncle will quip, “from central casting,” or Amish country, will gather, you won’t know who they all are.

An old man with a walker will slither across the stage and talk about the stock exchange, about the way the dead played numbers. She, the carrier of war. She, your great Aunt Rayya. She, the very last of the witnesses of the Poland that brought all of you into being. He will cry and glow and make it clear he fell in love with her and her great mathematical mind and you and everyone else will cry without understanding anything.

You will drive in a procession with cousins and aunts and parents and uncles. You will want to climb out of the car even though it is moving.  The graveyard will swallow you into its maze, your parents will play Russian roulette on gravesite discovery — using their “intuition” to find your grandfather’s grave and leading you back to the Paramus, New Jersey highway. No one, without Rayya, will have a compass anymore.

This day, this burial, this earth, this six feet under will mark the beginning and the end, the birth and the death, and you will stand there wondering why you can’t keep your diner food down as they lower her, and the war that shaped her, into the earth. You look at your father and wonder about how he is feeling. Free?  It’s over now, right? No more witnesses to the procession of relatives, no more evidence that they really came in with their bayonets, shuffled them all down a railroad track, and slaughtered everyone, almost everyone, that came before you.

It’s just that there is one way to bury a war and it involves generations and shovels. It involves saying no to the multi-ethnic burial crew with their bulldozers waiting nearby. It means no eating at the grave and gender separate prayer. It means a new order has not yet arrived. Burying the hole. Burying the gap. Burying a life, a woman, a stock market genius, a mystic, a mother. Burying a war involves generations and shovels.

One of your cousins, the circus performer, he is only 12. You will take him near you and note the length of his ponytail. You will whisper in his ear, shovel in hand, “Don’t worry, she left her body already. We aren’t really burying your grandmother.” The shovels are at work by now, in the hands of your bloodline, of their parents. They are passing shovels around.

As dirt thumps on cedar the circus-performing 12-year-old gets brave and grabs his shovel and joins the thud and the drop and the way the group has silently agreed not just to bury this woman but to bury the women and men she knew and that came before her. It is a silent agreement. You will collectively seal the tomb of an entire generation.

You take another cousin close to your chest. She will cry in your arms. You will have to hand your shovel to someone else.

“Did you know,” you will whisper in her ear, “that your grandmother’s family wasn’t ever buried?” You will want to tell her about piles of bodies, about a state-sanctioned memorial of piles of stones, of the way Poland tried to remember the dead with the names of towns or how ironically the Nazis were the only ones dignified enough to list the full names and addresses of their dead.

“This is for them,” you will say as she snots on your chest, as your stomach lurches, as you see your father as a parentless adult child with a shovel.

“This is a proper burial,” your cousin will whisper. “She would have liked this.”

Before you know it the grave is full. There is a mound on top. There is no more dirt to move. Before you know it, she is underground and her soul is no longer here and you are all the new generation with no elder witness. This is when you will oust the rabbi. This is when the gender norms will split. This is about when everyone wants more time at the diner.

“Over my dead body,” you will imagine her saying, about having men and women pray together. You will stand over her dead body and recite Kaddish, the Jewish prayer for the dead, alongside the aunts, all the uncles, the cousins, the strangers.

You will have to run. The bathroom will be your only friend and you will lose your entire diner lunch in one fell swoop. “You will wipe your face, the sweat on your brow.  “Sleep with me tonight?” You hear this as you crack open the stall door. Your cousin will want you in her mother’s bed, “I’m scared,” she says.

Merissa Nathan Gerson is a writer and educator based in Los Angeles. She was a consultant on the topic of intergenerational trauma for Amazon’s hit show “Transparent.”