I’d dreamed of having a baby since my mother died. Then my body betrayed me. 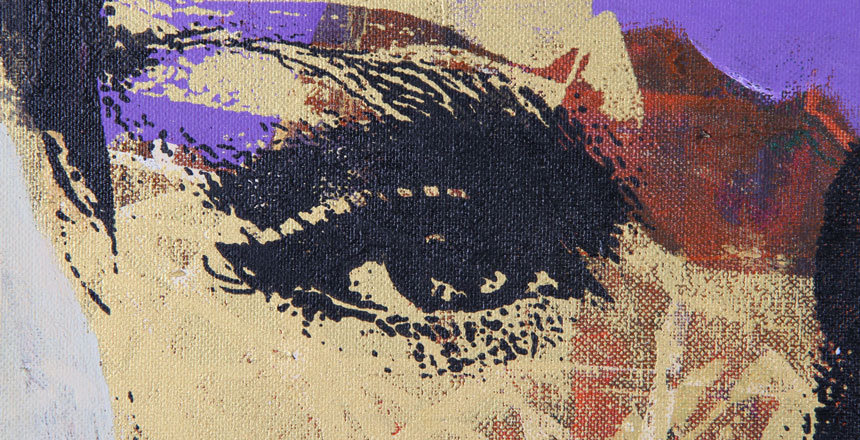 A bomb exploded inside my body.

It was an ectopic pregnancy rupture. So rare that in 25 years of practice, my OB/GYN has seen only a handful of them. Internal bleeding. Emergency surgery. In a morphine haze, I blurrily signed a hysterectomy consent form, having to immediately choose between my own life and the potential of being able to create one.

I’m in my late twenties. My mother passed away when I was 12, and I wrote an investigative memoir about her life. Although my generation supposedly puts children last and hook-ups first, being a mother has always been top of mind. My priorities sometimes feel taboo, such as when conversations with girlfriends quickly become awkward when work comes up: promotions, office politics. My goals seem vanilla in comparison to what I’m “supposed” to prioritize. My dreams were never that of a corner office, but rather of a happy marriage, a long life, and mothering as many kids as I desired.

My mom was sick for nearly twenty years. Since losing her, I’ve frequently daydreamed about conversations I’ll have with my daughter one day. All those words we never got to exchange, and some that we did. I dated knowing the best asset my future husband could possess would be the ability, and desire, to be a good father. When I found Mike, I felt safe from worrying about the creation of my future children. And after years of searching for a maternal substitute, I decided that I would someday be the mom I always yearned for, and that would have to be enough.

A year ago, I had my second ovarian cyst removed and learned it was a borderline cancerous tumor. My left ovary and Fallopian Tube would have to be removed. Losing half of my reproductive system at age 27 felt like I was paying for a crime I hadn’t committed. But before the surgery, my doctor looked me straight in the eye and said, “You will have babies.”

When you have one ovary it can turn on you at any time. Most people don’t have to worry about this because when you have two, you have reserves. No doctor can predict an exact time of menopause, but since I have just the one ovary, I’ll likely enter it earlier. All of my doctors agree that having children sooner than later is the way to go.

Three days after returning from my honeymoon I found out I was pregnant.

Before my first ultrasound, I took a deep breath and told my little embryo, “All you have to be is strong.” But the technician was silent. No little flicker in the womb was visible. But did see something, out of place. “It’s ectopic.” My husband understood this term but I didn’t. Panic seized me when he explained it. “That sounds really dangerous,” I remember saying, as if there was a distance between who this was happening to and myself.

My doctor came in looking perplexed. I was experiencing something as rare as lightning striking and she wanted me to get a better scan 24 hours later. The next day I hung in the bows between hope and horrified. Horrified won: I had an ectopic pregnancy and it could not survive. In fact, it could rupture and ultimately kill me.

One in 50 women with ectopic pregnancies die from the internal bleeding alone. I also had interstitial ectopic pregnancy; the rarest kind. The pregnancy lives inside your uterine wall for reasons even science can’t explain, and what’s more: it happened on the side absent an ovary. I started receiving chemotherapy injections. The pregnancy was too high up in my body to respond to abortion methods. The drug, methotrexate, is meant to stop cells from reproducing, and can intervene successfully some of the time. After four injections (most people need one), my pregnancy levels finally started to decline. For two weeks I’d been afraid to go to sleep, afraid of the rupture, afraid to be alone, weak from the drugs. I couldn’t intake any folic acid out of fear it would support the baby that had to be terminated before it terminated me.

Two days later I was at a California Pizza Kitchen and felt a sharp pain in my abdomen which soon had me doubled over. I literally felt the embryo drop down my uterine cavity and combust. I could feel the warming sensation I had been warned about; the floodgate of blood running to corners of the body it shouldn’t.

A half hour later I was in surgery. Before I was put under anesthesia, after I prayed for my mom to protect me and kissed my husband for what I hoped wouldn’t be the last time, I remember my doctor saying, “Even if we don’t have to remove your uterus, it might never heal enough to carry a baby.” I finally understood the meaning of what it is for your heart to sink.

I stayed in the hospital for four days and needed a blood transfusion to counter the anemia stemming from rapid blood loss. My doctors are hopeful I’ll heal well, though I must wait several months before we can begin to learn if I can carry again.

Within a mere three weeks I was robbed of the trusting relationship most of us are lucky enough to have with our bodies; the feeling that they’ll protect us. Now, if my anxiety doesn’t give me hives, then the delayed effects of the drugs coursing through my system do.

But my mother taught me to believe in miracles, and I do as much as I can to focus on living in the present and feeling lucky to be alive. Some days, I hear a small voice inside me assuring me that I’ll be a mother, somehow, one day. I’ve named it “hope” and look forward to that voice getting louder.

Jessica is a journalist by heart, marketing professional by day, and writer by moonlight. She is the author of The Butterfly Groove: A Mother’s Mystery, A Daughter’s Journey, an investigative memoir detailing how her mother became the strong woman who raised her before dying at age 49. Her work has appeared in Modern Loss, TheDailyMeal, and The Denver Post, and she has worked at HarperCollins Publishers as a marketer across all imprints. Jessica is a journalism school graduate of the University of Colorado, Boulder and lives in San Diego with her husband and dog. To purchase The Butterfly Groove (free in e-book format through 5/18), click here. View the book trailer here and follow her on Twitter, Instagram and Facebook.