When Love Feels Too Risky

I didn’t realize how my mom’s cancer death would affect my love life — until I met the man I wanted to marry. 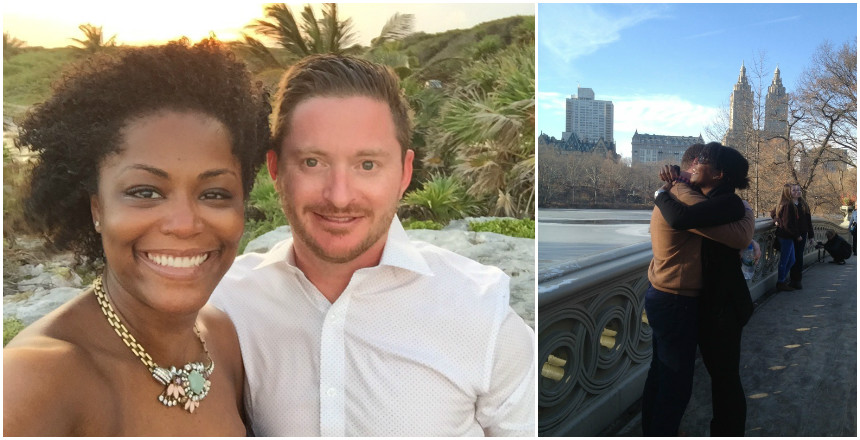 It’s painfully cliché, but everyone says that when you’ve found the right person, you just know. I never bought into any of that bullshit. And then I met someone.

We met online, although I was only on eHarmony under protest. It was Christmas and I had broken my arm and was essentially forced into online dating by my childhood best friend and her mother. I found a guy who, like me, was a fan of the Green Bay Packers and I figured that since he was from Wisconsin, where people are generally pretty nice, going on a date with him wouldn’t be so bad.

When the date actually arrived a few weeks later, I remember very clearly that I had no interest in actually going through with it. Living and sleeping with a broken arm is uncomfortable, inconvenient and annoying, and I was exhausted. I went anyway but with an escape plan set for an hour into the date. I had been on enough terrible first dates to know how to manage them with remarkable efficiency. I was surprised when I found him to be kind, charming, funny and not nearly as terrible as I had imagined.

READ: The Things We Do for Grief: Marathons, Memoirs & More 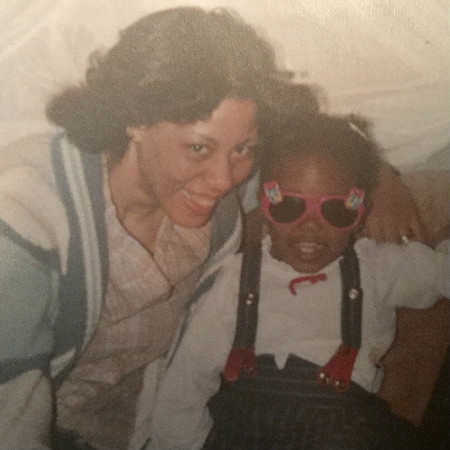 That night, I stayed much longer than I had expected, and six months later we decided to move in together. A month after that, he arrived with all of his shit. I mean, did he really need an entire wardrobe of Packers jerseys and green and gold T-shirts? The worst part was, he was moving into the studio I owned, which amounted to 600-square feet of living space for two humans, and the only real walls were around the bathroom. Despite the challenges of merging my hot-pink-walled apartment with a real grown-up man, I was thrilled. I loved him and was confident that I had made the right decision, but my persistent anxiety attacks suggested otherwise.

I knew what an anxiety attack felt like from the months before and after losing my mom to cancer: sudden bouts of panic, head pounding, heart racing, palms sweating. It’s a feeling of a complete loss of control, like you are literally trapped in your own personal version of hell with no path out. Had I made a mistake? Had we moved too quickly? Maybe he was secretly insane and this was my subconscious trying to wake me up?

Thankfully, I told the right person: my cousin. She liked my new boyfriend, but more importantly, she had also loved my mother. She pointed out that this was my first real relationship in more than 10 years (yikes) and maybe that, plus the loss of my mom, was somehow messing with my brain. She suggested that I find someone more qualified than she to talk to, like a therapist. I had been through plenty of therapy in New York after my mom died and hoped I was done with it, but no.

READ: When Everything Scared Me

During my second appointment with this therapist, she drew a picture of different boundaries, including an ideal image of what they look like in healthy and loving relationships. The line drawing resembled the outline of a cloud. Ideal boundaries with people we love are fluid and flexible. They change as a relationship grows and develops over time. She essentially told me that the loss of my mother had made my boundaries, particularly with new people, rigid and fixed. I craved safety and security — that is, distance — over intimacy. Losing my mom had made it clear to me that nothing was fixed or permanent in life, and so my natural response was to protect myself. Having someone in my space was just not something I was able to handle.

The universe had fucked me in a big, unfair way. Not only did I learn that people aren’t perfect, I learned that they are made to leave. A switch had essentially been turned on in my brain that said “You’re better off leaving first.”

But breaking up didn’t feel like the right answer. It felt cowardly to me and like something I could regret for the rest of my life. It wasn’t easy, and it still isn’t. I still don’t get close to people very easily, even now, but I knew on some super deep level that this relationship wasn’t one I wanted to walk away from. 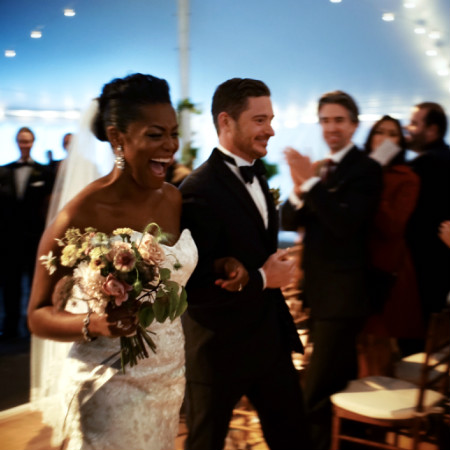 Marisa with her husband, Matt, on their wedding day. (Courtesy of Marisa Renee Lee)

We hung up the boundaries drawing in our kitchen, which forced me to talk with him regularly (and also with several of our friends who visited our place, and wanted to know when we started playing with markers). It was really, really hard, but in a studio apartment I had nowhere to hide, and, thankfully, I had found someone who was not only patient and kind, but far more emotive and communicative than I. Sometimes it was still too much for me, and I would literally hide in the bathroom (the only place with physical walls!) with the shower running to avoid talking through whatever issue we were having.

Because I wanted to “prepare” myself for my mother’s death, I read the classic Elizabeth Kübler-Ross book “On Death and Dying.”  Unfortunately, that book did not contain a single warning about the work that is involved in rebuilding your life after loss and it certainly didn’t mention the myriad ways that losing someone young can impact you forever.

Once we got past my boundaries issues, I spent another chunk of time working through my fear of commitment. I knew I loved my boyfriend and wanted to marry him, but I had seen both “in sickness and in health” and “till death do us part,” and I was terrified. I am 34 now and when my mother was just a few years older than me, she got sick one day, never got better, and then she died.

I had a front row seat to my parent’s marriage in the wake of her illness, and it was hard, and then it was awful, and then she was gone, and it was over. I needed to get comfortable with the fact that marriage offers no guarantees of health or longevity. The manner in which my mother lived her life and the up-close-and-personal view I had of her death are daily reminders that everything that matters in life involves a great deal of risk and oftentimes a great deal of pain. So we can either choose to live our lives as fully as we can for as long as we have them — risks and all — or we can begin the dying process early by failing to really live at all. I chose push my boundaries, and take the risk.

My boyfriend has become my husband and we live, panic attack-free, in a two-bedroom apartment with the coolest dog ever.

Marisa Renee Lee graduated from Harvard in 2005 with a degree in Government and Near Eastern Languages and Civilizations and began her career at Brown Brothers Harriman. While working in finance, Lee founded The Pink Agenda, a breast cancer non-profit, in honor of her mother, Lisa. In 2010, Lee accepted a Presidential Appointment in the Obama Administration, where she ultimately served in four roles across the Small Business Administration and the White House. Lee now serves as Managing Director of the My Brother’s Keeper Alliance, a nonprofit dedicated to eliminating gaps in opportunity for boys and young men of color. Lee is a Green Bay Packers fan.

By Mallory Kasdan in My Loss, Personal Essays

My podcast helped me work through who I am - and who I want to be - when I was questioning everything.