Dad applied his gifts for narrative to everything from pornography to children’s stories. One of those brought my son and him together after he died. 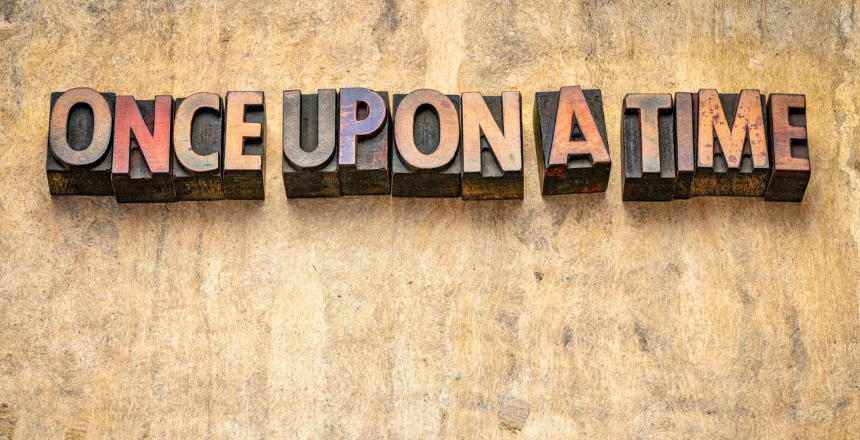 “Mama?” my 5-year-old son Colin began one sunny morning, over a Fuck It breakfast of cupcakes and chocolate milk. “Did your dad die?”

My dad did die, five years ago, in 2015. So many 5s. Dad would have appreciated the rhythm of three fives in three sentences. A writer for much of his career, my father lived for word play. He’d never met a pun he didn’t like, was a varsity-level dad joker, and approached sentence construction like a mathematician solving a complicated equation.

I think Dad expected to accrue enough money over the course of his adult life that he could bequeath a small fortune to his loved ones. I imagine that many people share that expectation, before hit with the realities of making ends meet on Social Security, without a supplementary income. He battled Alzheimer’s for a much shorter time that anyone expected, with only a year whizzing by between his diagnosis and his excruciating death. Somewhere in that year, as his neuron networks were melting into pudding, my father decided that if he couldn’t leave behind a stack of cash for his grandchildren, he’d leave a stack of stories very different from the hokey pornographic ones he’d published in the 1970s and ‘80s, with names like ‘Games You Can Play with Your Pussy.’ That’s a whole other thing.

When I was a kid, my father channeled his passion for words into bedtime stories that could go head-to-head with any Little Golden Book. Usually they starred me, my brother, a witch, a working stiff like a milkman or bus driver, and/or our cats. (No relation to the pussy.)

Dad told the same stories the same way every time, down to the inflections of his jokes, down to the thhhhpp sound he made at the end of his tale about a witch and a milkman, who gets magically turned into a frog when he accidentally delivers banana milk to her, instead of chocolate. It ends with the milkman/frog grabbing the witch’s wand, turning her into a fly, and eating her. Thhhhpp.

My parents visited right after Colin was born, also in 2015, right before my father died, five months later. I mean, come on. By that point Dad had settled enough into dementia that he was constantly confused, but not so far that he couldn’t function, or recognize us, or appreciate the serene beauty of a newborn baby. Dad loved holding Colin as he slept, and would delicately cradle him like an armful of eggs.

After that visit, Dad was determined to make sure that Colin got to know and remember and love him. He worked with my mother to write down as many of my childhood bedtime stories as possible: The witch and the milkman; a big sister who defends her little brother from a band of goats who are jerks; a boy whose grandmother knits him an ugly sweater, which he uses to flag down a train that’s barreling toward a broken down school bus. Dad wanted me to read them to Colin, and use them as a prompt to talk about his life and death.

I know there are lots of books about how to talk about grief with kids. Confession: I’ve never read or purchased any of them. I probably should. My dad comes up in conversation often, especially because I do read those stories to Colin. His favorite is the one about the ugly sweater, because in the modern edition, Dad named the hero after him. After we read it together, Colin always asks if his Pop died, and I say yes, and count my blessings that our neighbor took care of normalizing death for him. Well, as normal as it is to tell a child that the Halloween skeleton mounted on your fence is the bones of your dead grandmother, who died in the belly of an alligator, and usually lives in the basement. We’re friends. It’s fine.

Sometimes when my father comes up, Colin will nonchalantly inform me that his Pop’s bones are in our neighbor’s basement with the grandma. He tells me all about what the bones are probably doing together, like watching Paw Patrol, or making cardboard rocket boosters. I love his brain. I love that he’s inherited my dad’s gift for little fictions.

So when Colin asked me, over cupcakes, if my dad died, I knew that I could safely say yes, because death isn’t scary to him. It’s some funny bones in a basement, and his grandfather’s funny bone, and the sweetly kooky bedtime stories left behind by someone who loved him so much, but didn’t get to love him for very long.

“That’s ok Mama,” Colin said, and put his little hand on my arm. “When I grow up I can be your dad.”

And then he took another happy bite of his chocolate breakfast.

Sara Faith Alterman is the author of Let’s Never Talk About This Again (Grand Central, 2020), a memoir about her father’s life, death, and smutty writing career.