The memory of her valor, love, and sense of self spurred me on during a campaign filled with racism, sexism and hate. 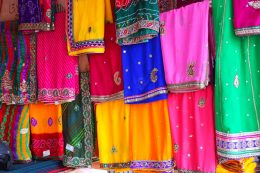 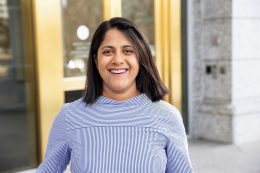 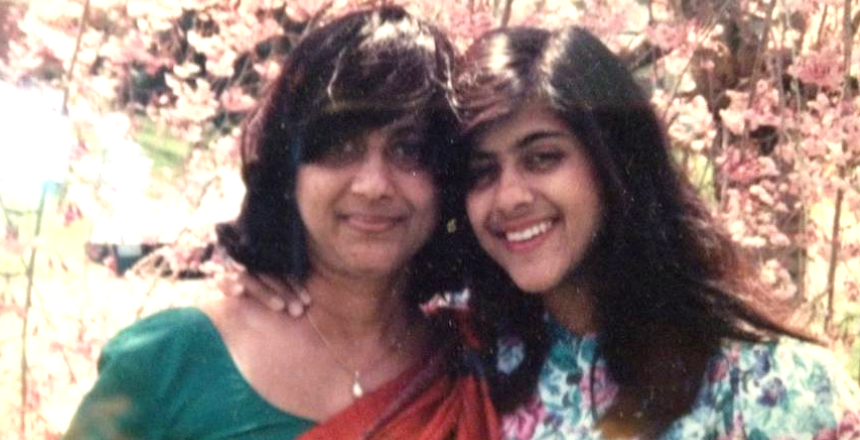 Saira with her mother, Greenie, circa 1990

My late mother immigrated to the United States because she couldn’t get a job in India. Her name was Sybil Rao. We called her Greenie because she had a somewhat bizarre fascination with Alan Greenspan (another story altogether).

Greenie served our country for thirty-four years as a doctor at the Veterans Administration Hospital in Richmond, Virginia. She was stricken with rheumatoid arthritis, yet she still meticulously wrapped herself into a sari for work every day. I distinctly remember how she’d dip her swollen hands into hot wax, peel it off, and then fold, fold, fold.

This was the 1970s and 1980s. This was the capital of the Confederacy. There’d be days Greenie would come home from work and talk about the horribly racist and sexist things people would say to her. Usually of the “I’m not going to let a brown woman give me a checkup” sort. According to Greenie, she’d say something like, “OK, the next white male doctor can see you in six months. You’ll be dead from butt cancer by then.”

More often than not, these very patients became Greenie’s close friends. One used to come by with bags filled with homegrown tomatoes, knowing they were her favorite.

Her stories ripped up my insides. From the earliest age I can remember, I worshipped my mother. Seeing her in physical pain was bad enough. But the racism and sexism she endured at work killed me. My sister and I would beg her to wear “normal clothes,” as though shirts, pants, and suits could shield her from the bigotry.

She’d always have the same response. A big smile. And the next day, wax, peel, fold, fold, fold.

When I was in the fourth grade, the boy I was going with came up to me in the library and said, “I can’t go with you anymore. My mom says I can’t go with a black girl.”

Greenie came home to me trying to rub the brown off my skin with a stone. I remember screaming, “This is your fault. I look like this because of you. Will you please stop dressing like that? You’re making it worse.”

She hugged me, smiled, and the next day: Sari Time.

The rheumatoid arthritis gave way to pulmonary fibrosis. Greenie died on June 4, 2012. Her funeral was on my thirty-eighth birthday.

Only recently have I realized what Greenie’s sari was. It was her resistance. Her unwillingness to let go of her authentic self. Her inability to relinquish her core. 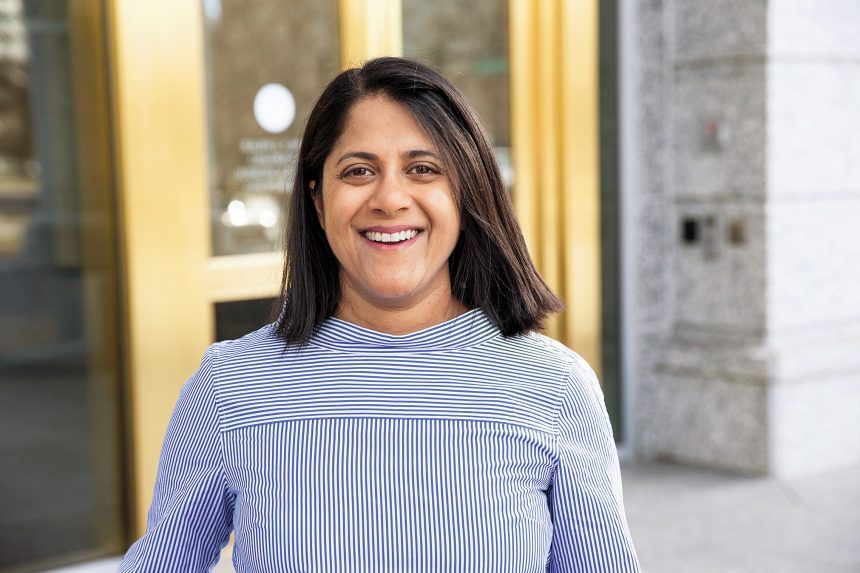 Around the same time I realized this about the sari, I noticed some- thing about my own resistance: The Democratic Party establishment wasn’t my ally. Namely, I’d been tokenized and used as a brown woman. The party wanted my money, my votes, my door knocks, but when it came time to talk about racism, refugees, or Black Lives Matter, these same representatives were silent, or worse. One told a brown friend of mine that civil rights wasn’t one of her “issues.”

For people of color, civil rights are a matter of life and death. So I wrote an article for the Huffington Post. It was called “I’m a Brown Woman Who’s Breaking Up with the Democratic Party.” The response was swift. The essay went viral, indicating I’d hit a nerve. People on one side “Bye, Felicia’d” me. Those were the party loyalists. Those on the other side applauded the piece, noting they, too, had felt left behind, lied to, taken for granted. They were white, brown, black, male, female, rich, poor. They said they had left the party and didn’t plan to vote again. That freaked me out because, taken to the logical extreme, that would have been me and I couldn’t conceive of a scenario in which I wouldn’t vote. Finally, tons of people beckoned me to run for office, to challenge the status quo.

At first, I laughed. After all, I have two small children and have killed myself for six years building a company with a friend called In This Together Media. We produce diverse kids’ books. Our company had finally taken off.

But then Christmas vacation of 2017 happened, and I couldn’t sleep. I watched Elf on repeat, hoping for clarity. It dawned on me that what bothered me about the Democratic Party establishment was this: Career politicians in Congress with 100 percent safe seats weren’t using their power and privilege to advocate for the disenfranchised. If I didn’t use my power and privilege to challenge the status quo, I’d be just as bad. I either had to get into the ring—or shut up.

I thought of Greenie every minute. What would she do? It was clear what she’d do. I returned to Denver from my sister’s house in Texas and filed with the Federal Election Commission to run for Congress as a Democrat.

I don’t have an Indian accent. I couldn’t fold myself into a sari to save my life. But I could run for office. I could fight for racial, social, and economic justice. My resistance would be being the change I wanted to see. For me, for my kids, for your kids.

Throughout my campaign, I was more pleasantly surprised, disappointed, sad, elated, angry, and peaceful than I’ve ever been in my life. Basically, how Greenie must have felt every single day. In moments of self-doubt, those times when I wondered whether I could carry on another day, ask for another dollar, give another speech, smile through the racism, the sexism, the hate, whether my heart could handle the love and the trust, I thought of Greenie. How much physical pain she was in. How much emotional pain she was in. How much she must have loved me and my sister to wrap herself in that sari each day. How much she adored her patients to forgive unkind words and welcome them into our home.

We are Democrats. We are Americans. We can and will do better. I know that in my heart, my mind, and my soul. This country was Greenie’s country. This is my country. It’s my kids’—and future grandkids’—country.

Greenie wore a sari so that I could run for Congress.

Saira Rao is a racial justice activist, former congressional candidate, and co-founder of In This Together Media, RaceToDinner and Healing from Hate. Rao’s upcoming memoir, outlining her experience with racism in the new media, BROKEN NEWS, will be published in Spring 2020. You can find Saira on Twitter @sairasameerarao

This essay has been excerpted from Why I Run: 35 Progressive Candidates Who Are Changing Politics, by Kate Childs Graham (Harry N. Abrams, 2019).