From rejecting perfectly good restaurant food to donating to worthy causes, I’m spending the first Father’s Day after my dad’s death trying to emulate his character. 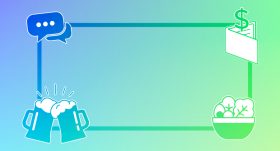 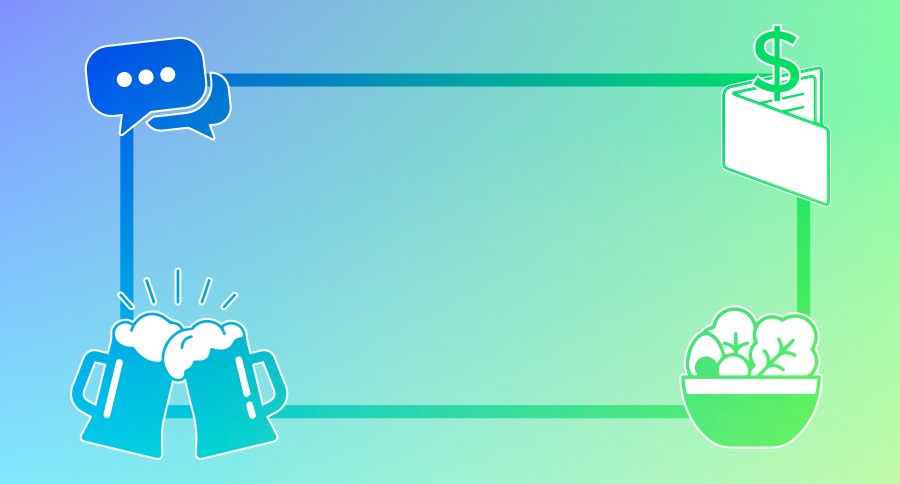 This is my first Father’s Day without my own father, Stephen Kutner, and I wonder how I’m going to deal with the day. On the one hand, I expect to feel the usual sadness when viewing social media and seeing other people’s photos of their own still-living, vibrant Dads – photos I see as coming through an Instagram filter of “They Don’t Realize How Lucky.” On the other hand, my Dad and I lived on different coasts, and so there isn’t some elaborate set of Father’s Day rituals I’d now be trudging through without him – a Via Dadarosa, if you will.

So instead, I decided to create my own. I thought of 10 things Steve Kutner isn’t around to do anymore and resolved to spend my Father’s Day doing them in his place:

1. Send something back. My Dad – who grew up working multiple times as a waiter – paradoxically took some kind of joy in marching other waiters and their “marginal” (his word) food offering back to be destroyed in the fire in which it was forged. I’m going to channel this into raising my standards, and not settling for mediocrity. With a side of lemon.

2. Chat up a stranger. Taxi drivers, hotel clerks, janitors – if they were in proximity to Steve Kutner, they were going to walk away with a business card from his medical philanthropy. For me, this is agonizing, but in honor of Father’s Day I’m going to try it. This awkward icebreaker’s for you, Dad!

3. Rub a back. OK, maybe I should specify – my back. At synagogue, movies, performances, I’d lean forward and his magic hands would go to work. Now my 4-year-old son demands back scratches from me so voraciously, he might as well be chanting, “Scratch it forward, Pops!”

4. Ask everyone if they’re “OK?” Just indiscriminately and repeatedly, like a machine-gun of concern. Maybe I won’t use the exact word “OK” (so as to not sound like a crime-scene EMT), but I will try and be attentive to how those around me are doing.

5. Get totally drawn in to what I mocked. My Dad took in entire seasons of one-hour dramas from standing halfway between sofa and door, one arm crooked, having walked in earlier and asked, “What the hell is this?” Often, he’d make it to the credits, still standing, and throw up his arms, and say, “Ridiculous.” I read this is an invitation to dive in and engage even that which you initially scorned – although for God’s sake, sit down now and then.

6. Become obsessed with belly fat. OK, this is a tough one. Dad ate healthy and exercised a ton but still fought the Battle of the Bulge. But boy did he like to project that anxiety onto those he observed. For Father’s Day, I will be more take a harder look at my own “enthickening” and order a salad. Which I will then send back.

7. Make a dirty joke in the worst possible setting. This is also tough, considering that I work as a writer on a late-night comedy show. So I’m trying to figure it out: Synagogue? Kids’ school event? On the phone with MCI? Damnit Dad, you made it look so easy.

8. Give money to someone who needs it and will almost certainly never pay me back. As a physician, my Dad let his low-income patients pay in a basket of fruit, or whatever they could lay hands on. He let his property tenants string out their payments. He cared about a good ROI, but he cared about people first. As it happens, my city is overflowing with the needy, so I will drive around today with wallet, window, and heart open.

9. Double up on things. Perhaps because he was a kid of the Depression, my Dad had a habit of obtaining “redundant” items. He would “just happen” to have an “extra laptop” that he’d try to foist on me. He had doppelgangers of favorite shoes. Today, I’ll raise two beers – and try to foist one on a stranger.

10. Fix the world. This is the one thing he did like no one else can (WARNING: Brag Harbor ahead!) He started two medical charities which brought eyesight, health, and hope to thousands of people in need in multiple countries. It was what drove him. It is why the world now fills doubly lacking, so much of it desperately needing his energy. Fortunately, I can at least try. I’ll start by finding a great project on donorschoose.org, and I encourage you to do the same.

Will I accomplish all those things? Almost definitely not. But even that will give me a taste of how bursting with intention and commitment and enthusiasm one of his days was. At very least, I’ll have had the experience of trying to walk in his shoes – or you might say, becoming his “extra” second pair.

Rob Kutner is an Emmy-winning writer for CONAN, who’s also written for “The Daily Show with Jon Stewart” and is the author of Apocalypse How, The Future According to Me, the comic book Shrinkage and the audio series Runaway Brains.