My Father Is My Grief Mentor

Dad raised me on his own after Mom died. So when I, too, lost my spouse young, he showed me how to find happiness again. 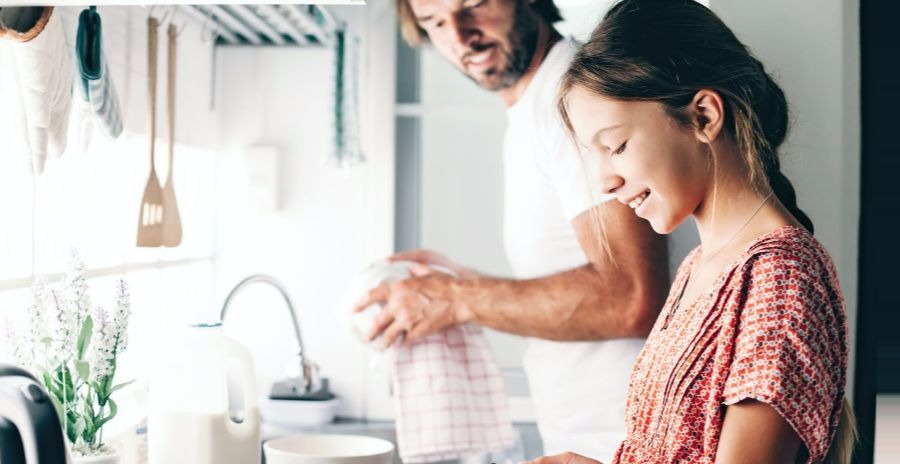 When Mom died, she left my dad with a 10-year old daughter (me!), a white cat and a suburban ranch house in Northern California. A 42-year old physicist married to a stay-at-home wife and mother, he’d never before had to run a home or do much parenting beyond the occasional weekend afternoon at the planetarium.

But he rallied, learning to make burgers and meatloaf, and eventually salads and fish, learning how to raise a child on his own. He figured out how to get me ready for school, how to host a kids’ birthday party and, later, how to listen to hours of adolescent angst. He even got my friends to eat zucchini. Despite my mother’s death, I had a happy childhood filled with family dinners, visits to museums, and lots of help with my math homework. I even forgave him for taking me to the opera all those times.

READ: Sizing Myself Up to the Sitcom Widow

If he ever felt sorry for himself, or felt that I was a burden to him, he never let on. He just did what needed to be done, like helping me to choose a college (and then helping me pick my classes each semester to make sure I wasn’t taking anything too easy). On Saturday mornings, he’d pick me up at my dorm at Mills, a small liberal arts college forty minutes from home, so we could go through my college calculus homework at our favorite cafe in Berkeley. He insisted I take French classes because he wished he’d taken French in college.

After graduation, I went to law school and married my high school sweetheart, George. We bought a house together not far from my dad’s and we learned to garden. When I burned out on being a lawyer and quit in 2001, my dad didn’t even complain that he’d paid for three years of law school. 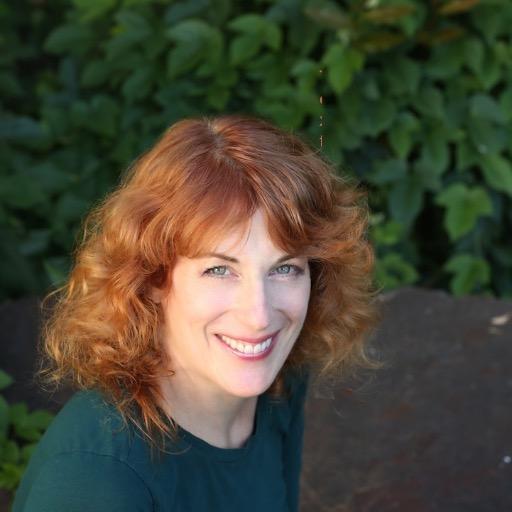 Debbie Weiss (Courtesy of the author)

Then in 2009, George was diagnosed with cancer — dying four years later, and leaving me alone in our little house Outside, the plants were dying and the garden lights were failing. Inside, the master bathroom shower was leaking into the dining room, and several of the appliances had decided to rebel. Home became “Widow’s Entropy,” where the house, knowing the person who maintained it has died, crumples in sorrow. I was back to being a lost 10-year-old who didn’t understand why people had to die.

Twice, the universe had taken the people I loved the most. I worried I was cursed and that my dad too would vanish, suddenly spirited away by unknown evil forces and leaving me all alone. Rationally, I knew that my caregiving hadn’t affected George’s death at 53 — the cancer’s progress was inevitable — but emotionally I wasn’t too sure. I felt somehow responsible, that there was something I could have done to have kept him alive. I bought the ingredients for Manhattan cocktails and started binge-watching old TV series I hadn’t before had time to watch, starting with “Weeds” then moving through “Californication” and on to “Grey’s Anatomy.”

Then I thought about my dad. He’d had to change his entire life when my mother died, becoming a full-time parent and running a home. Yet he managed to find joy despite all the increased work, hosting dinner parties and discovering that he loved to cook, looking at the night sky though his telescope. He wasn’t just resilient, he found a measure of happiness and shared his love of life with me.

He hadn’t worked so hard when I was growing up just so I could become a self-beached whale. If he could put together a new life after being widowed, I could at least get off the bedroom floor.  My dad had found things he liked about his new life, so maybe I could too. I turned off the TV, and started taking yoga and writing classes. Like he had, I would find new interests and ways to be happy. I arranged for repairs to my house, remodeling my leaky bathroom. I could choose to be miserable or I could look for things made me want to keep living, other than David Duchovny in syndication.

I visited my now elderly father often. We’d drifted apart during the years that George was ill, but became close again talking from the comforts of my childhood living room about our lives together after my mom died. He urged me to get out of the house and socialize, and I took his advice. I’d fill him in on my adventures, an attempt at performance driving with a car club I’d joined, a yoga retreat where we posed on horses, a restorative day at the beach with a fellow widow.

In time, he encouraged me to start dating again. After my mom died, he’d started going to “Parents without Partners” and lectures at the Commonwealth Club. Decades on, I tried online dating. When I was a teenager, my dad’s advice about boys was basically “don’t.” Now that both of us were grown up, he told me to have fun and do whatever I wanted. He’d sewn a few wild oats after my mom died. Fortunately, he still considered me too young to talk much about those days. He’s still Dad.

But he’s also my mentor and my best friend. He listens patiently and offers advice on everything from fixing a misbehaving air conditioner to deciphering a confusing date. He understands my grief, from the crashing emptiness at bedtime to the sadness that can, without notice, envelop me like a wet blanket. Best of all, he understands how rich this life can be despite our losses.  And when I forget that, he reminds me.

Debbie Weiss is a former attorney and current writer living in the San Francisco bay area. She blogs at thehungoverwidow.com, She is currently writing an anti-advice manual about dating as a widow. Her work has appeared in publications including The Huffington Post, Woman’s Day, Good Housekeeping, Reader’s Digest and Elle Decor. Find Debbie on Facebook and on Twitter @DkweissWeiss.