Rapid Cycling Through the Stages of Grief on Amazon

I went online to buy an urn and made a surprisingly meaningful connection. 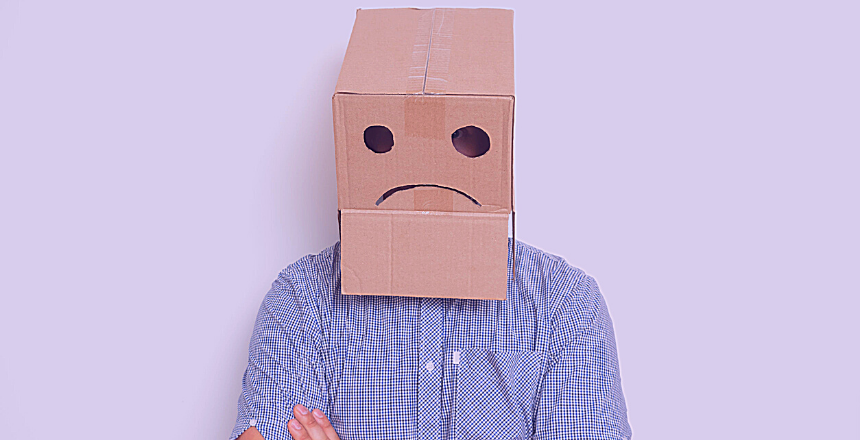 I’ve bought live plants on Amazon; I furnished over half of my apartment on Amazon. I even got most of my college wardrobe there, too. So when it came time to get an urn for my mother’s ashes, it was only natural that my first stop would be Jeff Bezos’s everything store.

Growing up, my mother always told me, “When I go, don’t you dare put me in the fucking ground with all the bugs.” Then she’d stick out her tongue and shut her eyes really tight, looking as if she just ate something sour.

After her cremation, her ashes were sent to my grandmother who divided them up into baggies for our family to scatter during an unfortunately windy boat ride. I dispersed most of my portion into the ocean, but I couldn’t bring myself to empty the bag completely. The rest sat around for a few days in my backpack until I decided it was time to transfer them into something more permanent.

I opened Amazon and typed ‘urn’ into the search bar. Up came thousands of results, ranging from the religious to the groovy to the beach house nautical. I spent about two minutes scrolling before my eyes glazed over and I impulse-clicked on something called Cathedral Art Always in My Heart Memorial Box. The description read: “Solid brass container inside box will safely hold the ashes, a lock of hair, or any treasured memento of your precious loved one.”

It was small, simple, and inoffensive. I liked it. I couldn’t imagine having a bulky urn that looked like a stainless steel cookie jar staring down at me every day. Click; add to cart; done. I felt weightless.

When it came in the mail a few days later, I placed it on my shelf next to my Loewe cologne and a black fig soy candle. It fit in well — exactly what I’d been looking for.

I was so pleased with my box that I decided to go back online to leave a review. I almost never did that, but in my somewhat vulnerable state I wanted to thank someone. As I scrolled to the bottom of the page, a one-star writeup by a person named J. Kahn caught my eye. Titled “USELESS,” it read, “The keepsake vial is too small to be of any use…well made, but useless.”

I read the review again. And then again, and then I felt myself getting angry. Who did J. Kahn think he was? Who complains about a box being too small when the product dimensions are clearly listed in the description?! I pictured him sitting on a mud brown recliner in a musty living room. He wore a dirty white terrycloth robe and cackled as he typed, cigarette dangling lazily between his chapped lips.

My shoulders shot upward as I made my way over to J. Kahn’s profile. I discovered he had left reviews for multiple products, like the Hamilton Beach 6-Speed Electric Hand Mixer about which he complained “Eject button only ejected one beater…had to forcibly pull out the other.” Another one-star. How much effort could it really have taken to pull out one beater? Insane!

I instinctively clicked ‘report this profile’ before I could stop myself. I heard my mother in my head; She would always say, “sometimes people just need to be called out on their shit.” But then a minute later something shifted again. I walked over to pick up the oval-shaped lid of my Cathedral Art Always in My Heart Memorial Box, touching the engraved ridges of the words at the bottom, “Always in My Heart.”

It was then that I realized the most obvious thing: J. Kahn had lost someone he cared about, too.

I burst into tears. How could I have missed it? Grief was everywhere I looked. It might take me years to dig my way out, but in that moment I understood it was a secret society, too. Being a member sometimes felt like rage and other times like heartbreak, but on top of that there might be something like empathy.

It’s been a few years since then, and occasionally when I’m on Amazon I still check J. Kahn’s profile. He’s currently on a five-star reviewing streak! Of the Kitten Tree Cat Scratching Post, he wrote: “very easy to assemble…Sure the cat will enjoy destroying all three posts!”

My memorial box now sits on my shelf next to the same unlit candle, but I’ve recently switched to Prada Sport cologne. These days when I picture J. Kahn, the scene looks a little less bleak. His new recliner is a light shade of blue and he’s finally quit smoking. I see a cute little kitten running around at his feet. And now there’s a little more light in the room—for both of us.

Ricky Michiels is a writer based in New York City. He runs his own casting + management agency, has two mischievous cats, and can usually be found at his local corner store buying a bar of dark chocolate.