Two Truths and a Lie

My daughter’s class exercise — in which she casually mentioned her brothers’ deaths — reminded me that kids carry their loss everywhere, even to school. 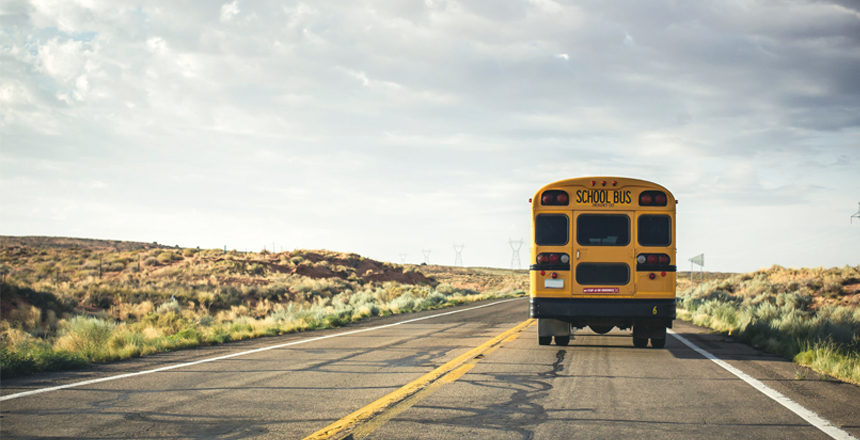 I watched my youngest child get on the school bus and waved goodbye for the second day of school. Timber and I sat on the front porch steps while the big yellow bus took her away for the day. I’ve never been one for saying good-bye and, as a bereaved parent, even the most mundane of departures can make me feel melancholy. 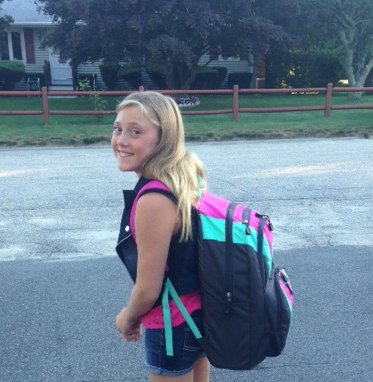 Bella ready for her first day of sixth grade.

“It’s just you and me now,” I said to our puppy as we headed inside to console ourselves, he with Pupperoni and me with coffee. Reaching for my mug, I noticed a slightly smashed granola bar on the counter that had been resurrected by Bella from the bottom of her lunch bag. As I moved it to put it away, I noticed a white index card lying underneath. Bella’s name was printed neatly at the top in her handwriting, followed by three numbered statements:

Bella Grace is our seventh child, the exclamation point at the end of our family. Seven years before her birth our fourth child, Noah, was run over when he was 15 months old. Nine months later their brother, Jonah, was stillborn. In the years since Noah and Jonah died, an equal number of first weeks of school have come and gone.

At the beginning of each school year, teachers do their best to get to know their students. My children have been handed innumerable assignments to make collages of family photos, drawings of family trees and timelines of their years on the planet.

And every year, I wonder if the teachers have received more than they bargained for. 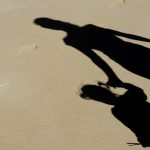 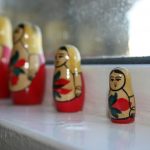 I Was the One Who Made It 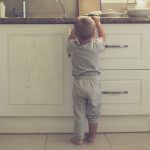 Trying to Get Pregnant After the Death of a Child

Holding the index card in my quiet kitchen, I re-read the words Bella had written in pink ink. And my heart broke a bit more.

Bella entered sixth grade this year, and when the yellow bus had deposited her back in my arms after that first day of missing her, we’d headed straight to the beach for a swim. On the way, I’d said, “So, tell me all about your day.”

Now I recalled her relating how her homeroom class had played a game called “two truths and a lie.” The teacher had asked them to write down three things about themselves—two that were true and one that was not. I also remembered her telling me, “I wrote about Timber and, um, something else, and I said that you’ve written two books.” A fledgling author with one book under my belt, I felt proud to have made her list.

“Pride goeth before a fall,” popped into my head as my stomach dropped and I remembered how she’d skipped over that second true thing.

‘2 of my brothers have died.’ It surprised me, that sentence. Because even though we’ve never stopped talking about Noah and Jonah, especially in the past year since my book was published telling their tales, Bella never knew them. And even though she’s asked about them from time to time, I’m never quite sure how much she misses having two more older brothers to tease and love her.

There are so many interesting things Bella could have chosen to say about herself. I’d assumed she’d written something like how she loved to dance, or that she’s lived in Costa Rica. Twice. Or that her other house is a yurt. Or that her favorite color is pink. Or even that she has two sisters and two brothers. But I had allowed the conversation to move on, and now I berated myself for not circling back and paying closer attention. Hadn’t I learned, over and over again, that my kids say so much more by what they don’t say?

When she got home, I was lucky enough to have that thing we’re not always granted in life—a second chance. I mentioned to Bella that I’d found the index card on the counter, tuning in for more details. And even though I’ve always taught my kids that the worst thing they can do is lie, it turns out Bella was a pretty good liar, at least in the context of that game. She’d stumped her class, and even her teacher had thought that second sobering sentence printed neatly in her favorite color was a lie.

“Most of them believed that I’d written two books?” I asked.

And for reasons much more profound than my foolish pride, I truly wished that I had.

Kelly Kittel is a mom and an author. She’s had 13 pregnancies and has five living children. She lives with her husband and their two youngest children in Rhode Island but her favorite writing space is in their yurts on the coast of Oregon. She has been published in several magazines and anthologies and her first book, Breathe, A Memoir of Motherhood, Grief, and Family Conflict, was recently awarded the IPNE Best Narrative Nonfiction Book and Book of the Year.