What a Pandemic Funeral Taught Me About Family

I’d spent years distancing myself from relatives. When my uncle died, I found something that had been deeply missing in my quarantined life. 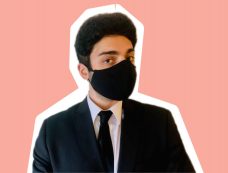 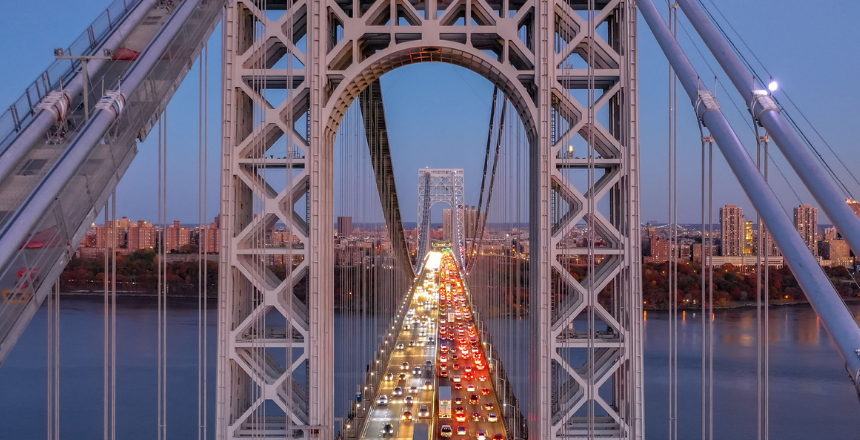 When my great uncle Tony died in July, he didn’t perish from the virus. Natural causes, I was told, after years of dialysis following multiple heart attacks. Somehow he made it to eighty five years-old. My great aunt Gladys had been taking care of him through all of his health issues and now, closing in on eighty years-old, she was finally saying goodbye.

I hadn’t seen most of my family in nearly two years, when my grandmother died. When I married my wife Michelle shortly after, I was in no mood to have a large, lavish party. We chose to wed in town hall and celebrate with a small party of friends and immediate family. I don’t know whether extended members were offended, but we did receive numerous congratulatory cards in the mail full of well-wishes and warm sentiment.

My family was once a tight-knit community in the Bronx consisting of both our Puerto Rican and Italian American sides in the Bronx. But over decades and generations, we dispersed to the suburbs of Long Island, New Jersey and upstate New York. We had grown accustomed to only seeing one another at weddings and funerals. Still, time and distance between gatherings didn’t mean our love didn’t exist. We were all just… busy. But when someone died, we all showed up.

My mother asked me if I was coming to the funeral. “Of course,” I said right away. But minutes later, I wondered how a group of people would properly distance and operate in a funeral parlor during a pandemic on a hot summer day. Michelle, still nervous to mingle in public, encouraged me to attend and go pay my respects. Perhaps she knew something I didn’t or maybe she wanted a break from me for a few hours.

I’d been quarantined for nearly four months, working from home and becoming used to socializing through a laptop screen. My only physical outings consisted of quick, weekly supermarket runs and daily walks around my neighborhood. How would I feel dusting off my only black suit and congregating inside of a congested space for more than an hour?

The service was set for Thursday. I was slightly apprehensive but didn’t let my nervousness overwhelm me. I put on my suit and my mask, slipped a travel-sized sanitizer in my pocket, got into my car and set out for my destination less than one hour away. During the drive, I wondered if I even knew how to socialize in real life anymore, though I figured it was anxiety talking.

I questioned my reason for attending this funeral. I didn’t know my great uncle very well. He was in poor health throughout most of my life and he rarely attended family gatherings. But my grandmother meant a great deal to me growing up. She was like a second mother. Her sister Gladys meant a lot to her and even looked like her, too. Perhaps I just wanted to feel close to my grandmother again and repair the hole in my heart since her passing.

As my drive continued, I reminisced about the gatherings I attended as a child. I felt badly for not having remained close with my cousins, aunts and uncles. Those memories were fading in my mental scrapbook. This funeral was my opportunity to reconnect and see their faces again, or at least their eyes. 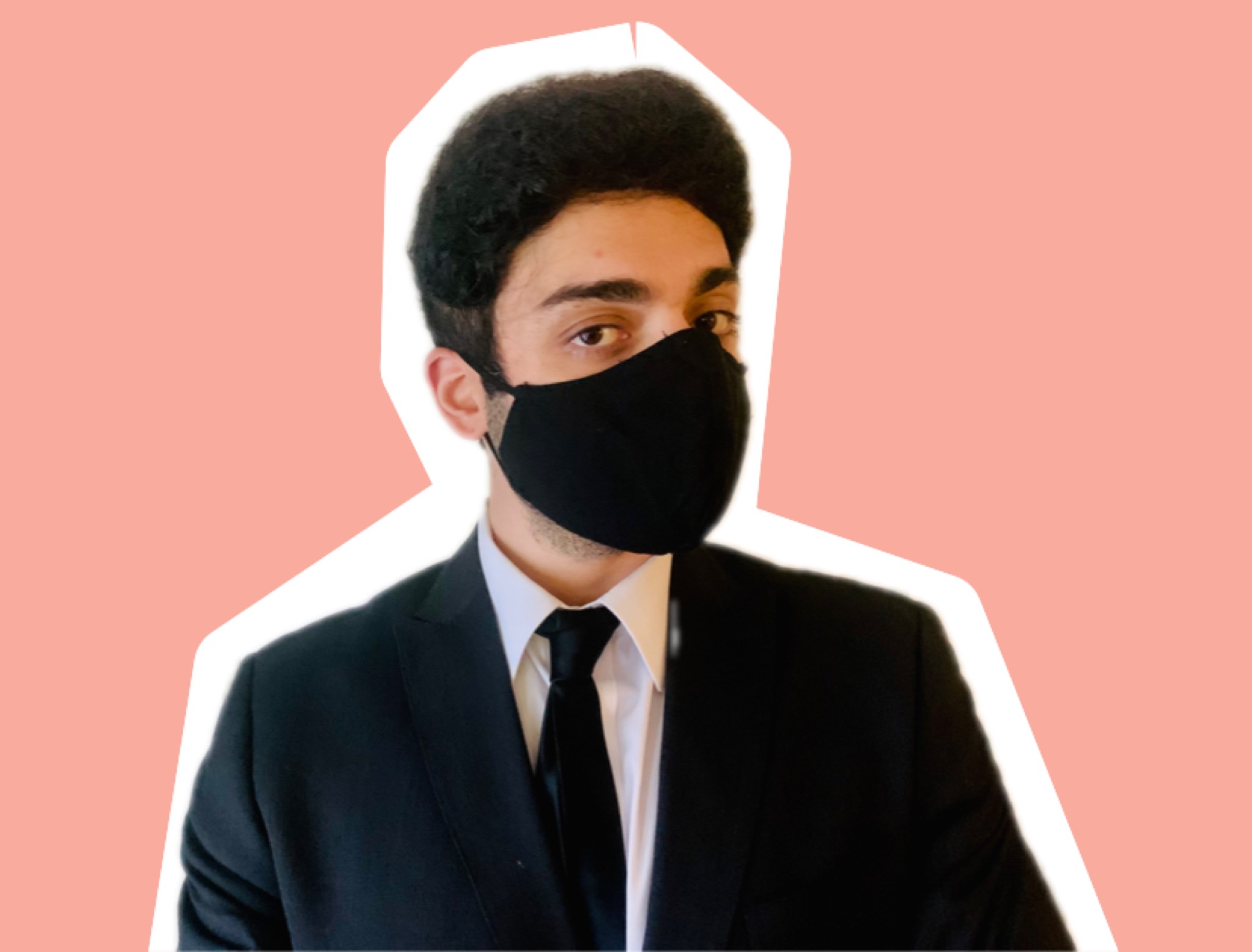 Raj, right before leaving for the funeral

Thursday afternoon’s weather was surprisingly sunny with low humidity––a rare departure from the oppressive heat and grey clouds that had been blanketing our skies for weeks.

I walked into the parlor to a sea of face masks. Relieved I wasn’t the only person who believed a virus was rampant, I proceeded to greet cousins, aunts and uncles with distanced hand waves. When I was feeling adventurous, I bumped elbows in affection. After some awkwardness around lack-of-hugging, the masks became virtually invisible as we began chatting and catching up, though some elderly family members kept tugging at theirs like a nervous tick. The desire for family and need for social interaction felt evident as the atmosphere felt more like a celebration as we laughed and swapped stories.

There was a feeling of gratitude, and even joy, for each other’s presence. We’d all been dealing with the same isolation for months now and were just happy to be out of the house. My making an effort to pay respects during this time of unrivaled uncertainty meant the world to my great aunt Gladys who snuck in a hug when no one was looking. To her, me taking an hour-long car ride was the equivalent to my crossing an ocean by canoe. When she saw me, she saw her sister and the man she helped raise.

We reminisced through the layers of cloth covering our faces, and still managed to cry and laugh. We flipped through old photo albums sharing memories of Gladys’ and Tony’s life together before he became ill. For those couple of hours, I felt a sense of closeness I hadn’t felt since our last assemblage.

I left the service feeling the kind of reinvigoration only my family can provide: a sense of belonging that had been deeply missing in my quarantined life the past few months.

I left the service feeling the kind of reinvigoration only my family can provide: a sense of belonging that had been deeply missing in my quarantined life the past few months. I might not have realized that void had the pandemic not occurred. But who am I kidding? That connection had been slowly missing since childhood. The elders who were once in my life frequently, whom I took for granted, were now relegated to an occasional novelty in an obligation I fulfilled every now and then.

On that drive home, I felt melancholy. I realized I longed for a family connection after spending years distancing myself from them. I thought I needed to assert my individuality, but now, all I seem to long for is their closeness. Maybe what I was running away from was in fact what I craved all along. Maybe it was time Michelle and I made a greater effort to incorporate our family into our lives beyond the occasional phone call.

I made a promise to myself that once this pandemic is over I will make a greater effort to see Gladys and the rest of my family more often. I will take the drive to Jersey again and again––not because I felt obligated to, but because it feels good.

Life passes us by no matter how much we celebrate, reflect or mourn. If I reserve family for special occasions only, then I’m missing out on the little moments and connections that in fact create those precious lifelong memories. I think I’m finally ready to create more.

Raj Tawney is an essayist, journalist and poet in New York, writing about family and culture. Recent contributions include O, the Oprah Magazine, New York Magazine and The Boston Globe. You can read more about his work at rajtawney.com.