How to Brush Your Teeth While Grieving in a Pandemic

I’m an ex-addict grieving my partner’s sudden death. Thanks to COVID-19 isolation, all my comfort must come from within. 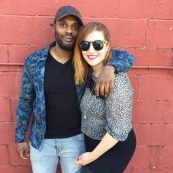 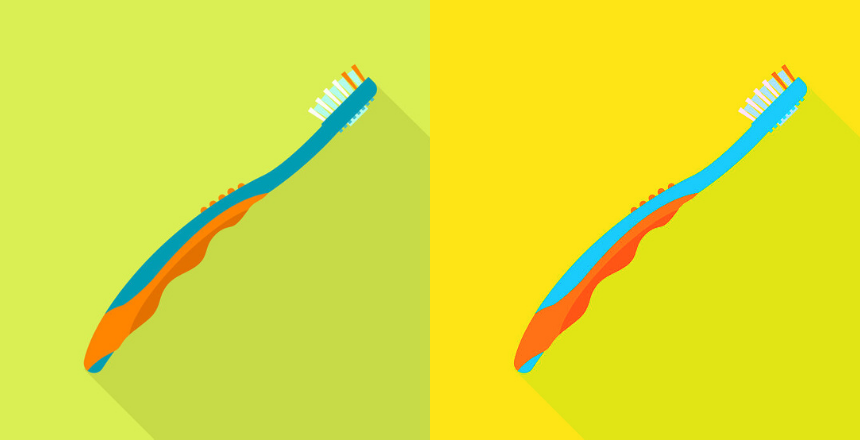 I was a shit show when I met Rich in 2016. I’d been misusing opiates for years, dating apathetic or abusive men, had no goals or self-respect, and was barely holding it together.

I felt like I’d known him my whole life after our first date. I don’t mean that in a cheesy rom-com way. I mean I felt immediately at ease—something I don’t often feel with men. We were two very different people—he: a cool-tempered ex-athlete who worked as an electrician and owned his own home, me: a tempestuous musician and artist living off money I’d been awarded after a major car accident (the catalyst to my addiction).

Our relationship moved quickly. For the first time in my life, I felt safe, protected. He listened to and supported me, showed interest in my perspective. He made me feel important. And loved. I started to expect more for myself; I wanted to do better, to be better. He encouraged me to quit doing drugs, and I did—after six long years—in 2017.

Rich was sweet. Quiet. Shy. A bear of a guy with deep brown eyes, impossibly long eyelashes, and the brightest smile I’d ever seen. He was goofy (though he’d wince at that descriptor), kind, and sensitive—perpetually lovable. We were good together, and good for each other. I’d never been a better version of myself than I was when I was with him.

By the time the pandemic hit, we’d been living together for a few years. Now, basically confined to our apartment, we did what we always did—made the best of it, and comforted and entertained each other during the worst of it.

Then on July 20th, 2020—an otherwise pretty normal day—Rich didn’t come home when I expected him. I tried to reach him for hours, but couldn’t. I paced and searched, called everyone we knew hoping there was a harmless reason for his absence.

After many hours, I got the call that shattered me—the call that completely and utterly broke me into pieces: Rich had died while out that day. He was a healthy 33-year-old man. A runner. But it was heart disease that killed him.

It made no sense. He and I were so in tune; we knew when the other was suffering without speaking a single word. He’d comfort me by running his soft hand down my back, and I’d try to make him laugh. Now, all I could do was lay in our bed searching in my mind for his soft hand. I rocked back and forth, sobbed, screamed. I held his clothes to my nose, desperately taking in his scent. I stared at the wall for hours—it’s almost all I could do. 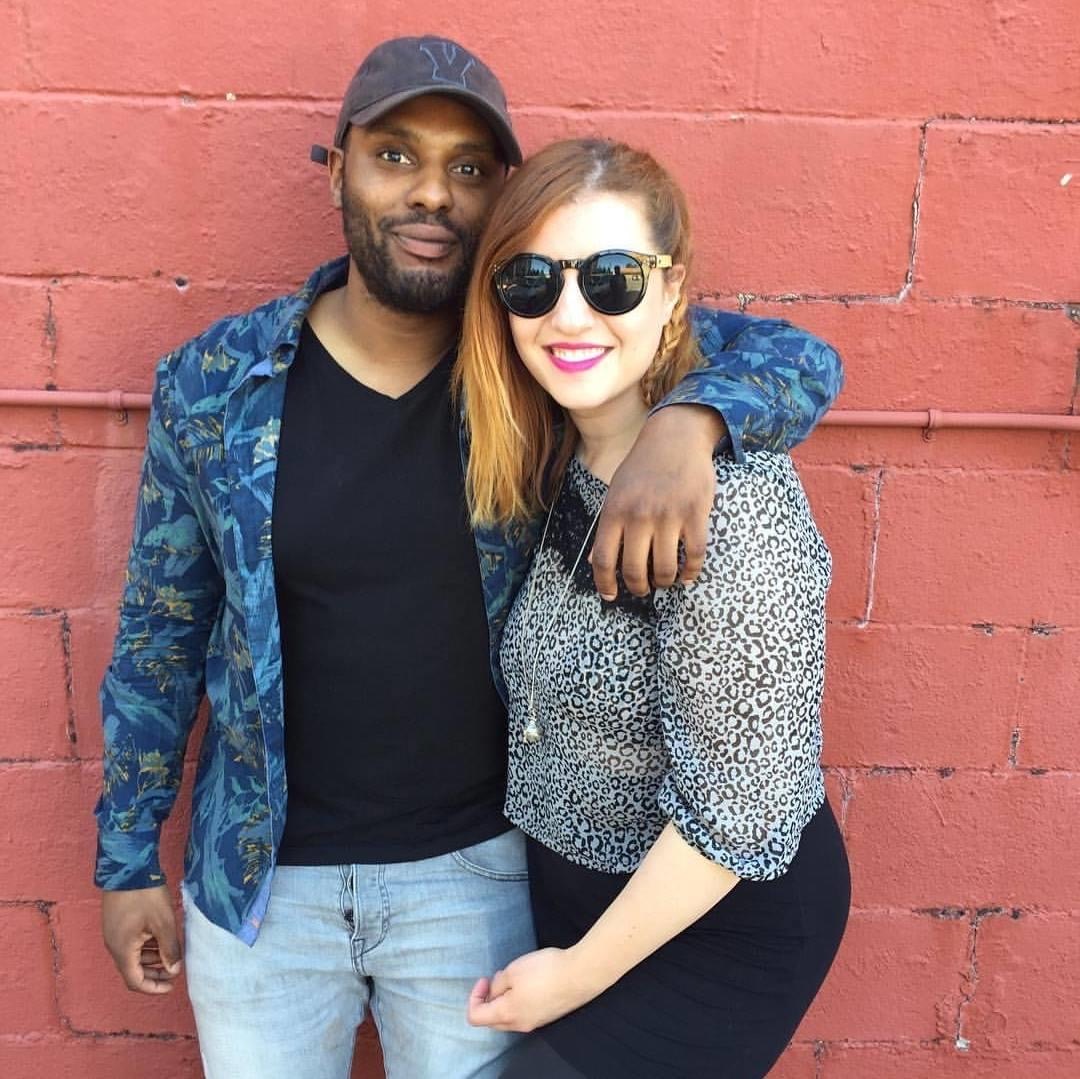 Mel Zee and Richard out on one of their first dates, 2016

In those first weeks after he died, I felt insane. Everything reminded me of him. I knew I needed to try to get used to “life on my own,” but there was his favorite chair, his coffee creamer, his shoes, his jacket, everything he’d left behind.

I put his toothbrush into a drawer so I didn’t have to look at it. An hour later, I exploded at the thought of him not being here to brush his teeth. So I took it out and put it back next to mine, only to be devastated once again when I walked by the bathroom and saw them standing there again—the only thing left of Rich and I that still intertwined—bristle-to-bristle, embracing in the dark.

There is no forgetting in the early stages. My body was racked with anxiety, sadness, and anger that never let up except in the few precious hours where I’d go completely numb. I was so full of emotion, my body felt like it had expanded to twice its size—like the rage and horror and loneliness and despair could come leaking out of my pores at any moment because they had to go somewhere. But there was nowhere for them to go.

There is no comfort in grief. None. And in the middle of a global pandemic, even less than that. It must be nice to have faith during crises; to believe your partner is playing a harp in the sky somewhere. For me, though, there’s nothing. Dust. I have no idea where he is—he’s just gone. Sometimes people who’ve never had faith a day in their lives tell me “he’s in a better place.” Oh really? Where is that? It’s like they’re using the idea of God and the afterlife as a default, one-size-fits-all answer to grief just so they can tie it up in a tidy little bow and not think about it anymore. But grief is messy. It gets all over you and you can’t clean it off.

Time is no longer linear. Sometimes I’ll flash to a memory of us and it feels like it was yesterday. Other times, I see his picture and almost don’t recognize him, he’s so far away from me now. There are days where the pain is unbearable—days where even my hair is in pain, my toenails, my fucking teeth.

For a while there, I lost myself again and was drinking heavily, not exercising, chain smoking, binge eating, and hanging out with people from my past who I never wanted to see again. I’ve managed to (mostly) pull it together now, and am doing my best to treat myself with kindness. The old me would certainly have collapsed by now and been snorting lines the length of city blocks to escape. Yet, here I am taking pretty good care of myself.

Some days I can’t stand the thought of brushing my teeth and starting another day without him. Other days, I wish I’d never met him so my heart didn’t have to be this broken. But that feeling doesn’t last long—I’m forever grateful I got to love, and be loved by him. If I hadn’t, I’d still be flailing around endlessly mistreating myself.

I have a strength I didn’t have before I met him. So, I’m trying my best. And considering all I’ve been through, I think I’m doing pretty well. When I can’t hold myself up, my family and friends are there. I truly don’t know what I’d do without them.

I have to make it through this pandemic without Rich now, and then the rest of my life after that. So, I brush my teeth and start each day because that’s all I can do—keep going, keep moving, keep waiting for the good days I know will somehow come again. I’m still kind of a shit show sometimes, but I have a deep sense of self-worth now—residue from Rich’s love.

I’m going to hang onto as much of him as I can (his toothbrush included). But I know I have to start building some kind of new life for myself, one with no tidy little grief bows or rom-com happy endings. Maybe one with just a little bit of hope. And for now, that’s enough.

Mel Zee is a writer, living and working in Vancouver, BC. She has written for The Temper, Like Vancouver, and Hearty Magazine. Her work is available here: www.melzee.ca.