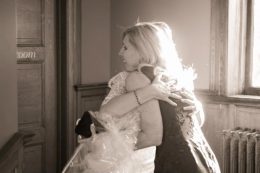 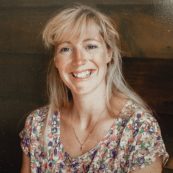 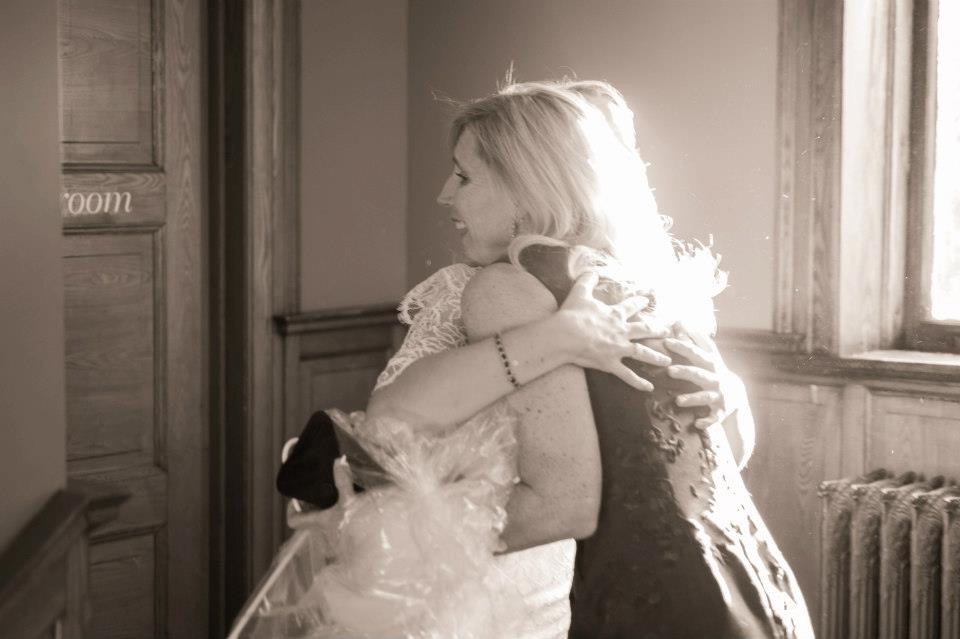 The author on her wedding day with her aunt Lynn. (Courtesy of Cate Honzl)

On New Year’s Eve one year ago, my widowed stepfather and my sister-less aunt joined me in throwing my mother’s funeral confetti into the frozen air at midnight. It was 2020, and it was melancholic, bittersweet, and hopeful. We lost my mother to metastatic breast cancer in July and together our family survived six months of intense grief; the new year brought with it the promise of a pain that was slightly less acute and a tad more manageable, so long as we held each other close.

During one particular early February “self-care” bath, an optimistic phrase popped into my tired head for the first time: “Maybe, I’m going to be all right.” In the depths of winter, I was taking a writing course (a thoughtful “sorry your mom died” gift from dear friends). I’d started meal planning, doing yoga, and was even going to bed on time. My screenplay was selected for a dream opportunity! I was not just a functioning person but – gasp! – an almost happy one.

Then one night on my icy commute I called my aunt Lynn’s cell phone. I knew we both missed my mother desperately and thought connecting might cheer her up, even momentarily. She didn’t answer, which was typical, so I left her a voicemail. A few hours later, just after I’d tucked my toddlers into bed and sat down to work on a new essay, my phone rang. It was my sister who, in an unusually stressed tone, asked if I knew where Lynn was.

My dear Auntie Lynnie — my godmother, my fellow Gemini, the classiest and most generous woman I’d ever known — had purposely overdosed. Though she very much meant her attempt to be final — there were suicide letters meticulously left behind — she laid in the ICU for three weeks before she finally died. The word “ventilator” was one of many technical terms flying around our family during those long, torturous days, and we never could have guessed that a mere month later it would be part of some larger cultural vernacular. 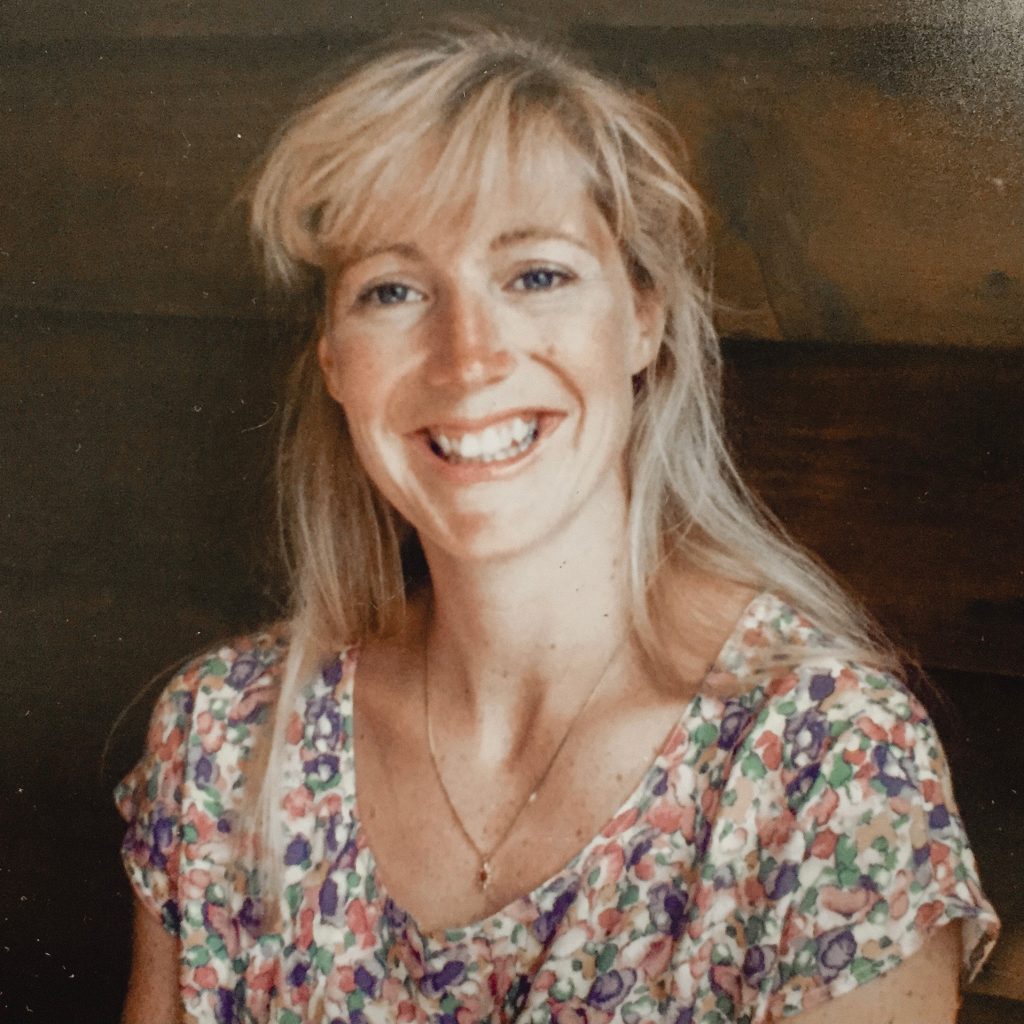 As we wrote her obituary, edited the eulogy and planned for hundreds of guests to attend her funeral, an almost impossible-to-imagine global pandemic knocked on America’s door. My husband’s extensive travel schedule for work was indefinitely postponed, as was the professional table read of my screenplay. Then, as I sat in a private room of a hibachi restaurant with my grieving cousins, sipping on cocktails and sweating in the heat, lamenting that things could not possibly get any worse, the phone rang yet again. Only this time, it was the country club calling to cancel my aunt Lynn’s funeral. As we’d soon learn, “large gatherings” were now banned.

Our family regrouped and hosted a small funeral service in my bereft grandmother’s living room. The event wasn’t without excitement of its own: My uncle’s date donned a floor length leopard jacket, high heels, and neon pink crutches that tipped into the lap of the priest on more than one occasion. Then, just as the caterers packed up in the driveway, my sister accidentally tumbled into the raging bonfire. Everyone stood gobsmacked in the front yard watching as she was thrown into a car and promptly rushed to the hospital with severe burns. After it was all over, we each grabbed a bottle of the leftover booze and went home to start a mandatory lockdown.

READ: New Year’s Resolutions for the Emotionally Infirm, the Crushed, and the Weary

In the months that followed I – along with the rest of humanity – was decidedly not “all right.” The world had been upended, so much so that my mother seemed to exist not just in another year but in another lifetime. That happened as several big “firsts” fast approached. On Mother’s Day there was an unexpected knock on my front door; my sister stood there eager to surprise me with a miniature urn of my mother’s ashes which, up until that moment, I had never actually seen with my own eyes. When my daughter innocently suggested that we use the remains to make an art project I burst into tears. Then, on the one-year anniversary of my mother’s death, we went to the cemetery to finally bury her, only to discover the gravediggers had dug instead in what appeared to be a century’s old unmarked grave. We exhaled a collective sigh of relief when we realized the hole was simply in the wrong spot and no ghostly spirits had been disturbed. 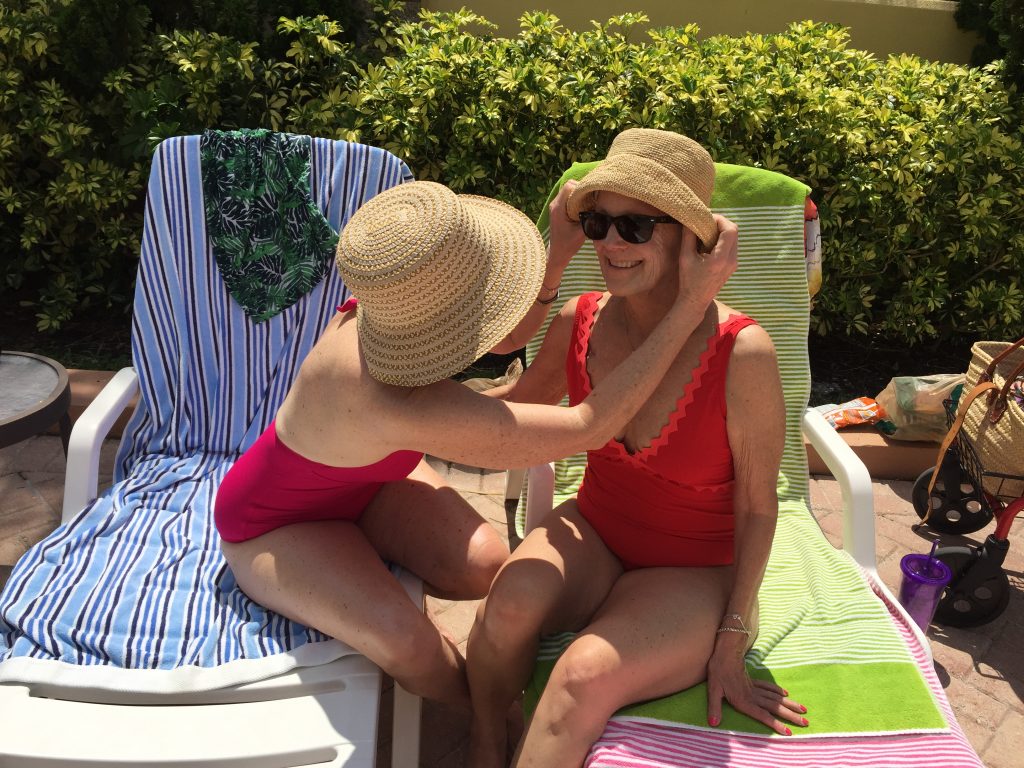 The author’s aunt, left, and mother. (Courtesy of Cate Honzl)

Somehow, 2020 became the most isolating, culturally traumatic, surreal year of our lives and now … it’s over. Never to exist in the space-time continuum again.

Nothing magically changed at the stroke of midnight on December 31, 2020, when I threw paper confetti into the air once again. People are suffering and continue to struggle through a multitude of personal losses that will needle at their tender hearts for months, hell years, to come. The New Year feels melancholic and bittersweet. But what about hope? If so many terrible things can happen in the past 365 days, surely half as much good stuff can happen in the next.

Despite the year’s inauspicious start, the distribution of COVID vaccines and the arrival of new leadership bolster the sense that our collective wish for better times ahead might soon be granted. So maybe I really am going to be all right in 2021. Maybe we all will be.

Cate Honzl is a writer and TV producer living in Minneapolis. As a film fanatic, her biggest disappointment is how little movies actually prepared her for death. Also, Target needs a grief aisle. Follow her on Twitter @CisforCinema.