From a TV anchor mourner to a dive bar ‘post-party,’ you really would’ve loved it. 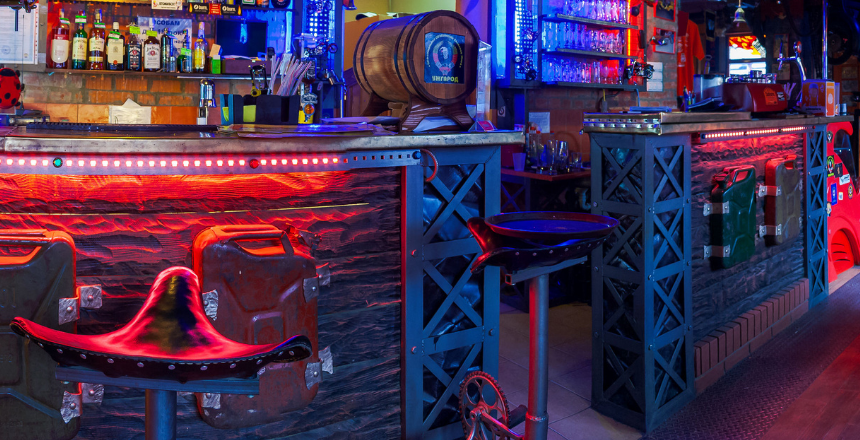 I’ve wanted to tell you a lot about what happened the week of your funeral but it never seemed like the right time. And after all, I have time: You’ll be dead forever. I wanted to get it out while I remembered and now you’re from a different time, the before times, before the pandemic. Your life doesn’t overlap with this part of history and that’s weird.

First of all, while I’m thinking of it, Melissa Swan came – both days! To the visitation, the funeral, and the reception. She was very nice and liked my eulogy a lot. She grabbed me by the shoulders and said so. Having a TV news anchor there impressed a lot of people. A lot of people didn’t know she was from Leavenworth. And, again, she was there both days.

You always said, even before you were sick that I shouldn’t go crazy when you died. You thought you went crazy when your mom died and you regretted it. Is writing this … crazy?

Oh, another exciting thing that happened was David and Carlos flew people up from Louisiana on their private plane! I’m not sure where the plane flew into. Maybe Clarksville. We never saw the plane. Carlos was in one of the best photos from your slideshow so I watched it, again, with him waiting for his photo. I did that with Cindy too and Connie J and Nancy B and a lot of other people. At first, I didn’t think the slideshow was a good idea, but Dad did. I didn’t think you’d like it – too sentimental? Too modern? Something was off about it. But then it became clear I couldn’t frame all these photos myself and people do like to look at the slideshow. I’m still not sure you’d like it, but you were outvoted.

Nancy Kraft rolled with our changes. She’d tell me to go to sleep when I’d text her at 3 am. Thank you again for letting us have the funeral at Kraft’s. I wanted to have it where I’d been to funerals before. You were in Parlor A, like Margaret.

You said Susie could help me pick out the flowers if I wanted her to, but I wanted to do it. They were all white. I think they were good. I asked Carol if I’d ordered enough. She seemed to think so.

Bruce put out circus peanuts. You’ll be pleased to know that, yes, people did eat them and people probably do like them more than they admit. I did not eat them. They are bad.

The funeral was very crowded like you predicted. People would come up to me and explain to me who they were. That was one of the craziest things to me. They were just being polite I guess, but, like, I knew who they were because they were in your life.

I knew everything about you. You were my mother.

Rita came with the secretaries and they all wore scarves to honor you. Zach drove from Brooklyn, Dabney flew in from Wyoming, Chris took a Greyhound bus from New Castle, Indiana. No, I didn’t know that was possible either. Getting ahold of him to tell him was, as always, a fiasco. When I finally did, I said you died and there was a long pause. I said “Chris, you have to respond.” He said, “I’ll remember your mother as long as I live.”

Bruce put out circus peanuts. You’ll be pleased to know that, yes, people did eat them and people probably do like them more than they admit. I did not eat them. They are bad.

Auntie Ruthie came up from Florida. Seeing your aunt turn that corner into Parlor A –it was a disruption of the universe. She wasn’t supposed to be there, at your funeral, not her own niece’s funeral. It’s wrong. My mom should outlive all her aunts, is what I think!!

The last time we spoke I lied to you. It was that morning, Friday, September 14. I was going to go home to rest. Dad was about to drive me home, Bruce and Susie were still in the room with you. You called me over and asked if I’d “heard when.” I said no, no one knew, but that wasn’t the truth. The doctor had told Dad and Bruce that you would probably die Monday. This was five days after we’d been told you had weeks to live by that nurse practitioner who was wearing Rothy’s. I looked at the floor, at her Rothy’s, when she spoke. We talked about the Rothy’s like she hadn’t just said my mother was going to die. She said they’re fine, the Rothy’s.

I was on the phone with Eric and had missed this conversation about you dying Monday, so I didn’t want to tell you something I hadn’t heard myself. I didn’t want to have that conversation at all, to be honest. We had had a horrible time the night before. You threw up maybe 100 times into those horrible green bags and eventually I passed out next to you at 1 am and told Susie to wake me at 3. I’d never done that. I’d never quit before. There was a feeling we were coming to an end, you and I. As a duo, this was the end of the road.

I looked at the floor, at her Rothy’s, when she spoke. We talked about the Rothy’s like she hadn’t just said my mother was going to die.

At 9 am I said goodbye and you’d fallen asleep somehow quickly after I lied to you. That was the last time I’d see you alive, such that you were alive. Watching you die was like unspooling a kite string. You were floating away. When there’s no string anymore, it’s a surprise and yet it’s not. The kite floats away. It was always a kite.

I had also lied to you earlier that week when you asked me if I knew what I’d wear to your funeral and, again, I said I didn’t know. I’d already ordered the dress while you were asleep.

Emily did my hair both days, once at her salon in Georgetown, once at Patty’s house. She was upset. I looked just like you. I couldn’t tell that was hard for people that day. Vera said she wanted to look for me but she didn’t know what I looked like “grown- Up” but then “There you were. You look just like her. I’d know you anywhere.”

People loved your funeral. We had a reception at Steve and Carl’s. There were gin & tonics and iced tea. Benedictine sandwiches. Your big head from the basketball games was there along with a bunch of Mardi Gras beads. Wait, does this sound nice? It was though.

After the official party, we went to the dive bar Hugh E. Bir’s. I know: You’re so proud. The bikers that were there asked if we’d come from a wedding. You know, those Wednesday afternoon weddings people go to all the time. But once they knew my mom died, they loved us and bought me a shot. Bikers love their moms. On that level, you can always relate to a biker.

I wish you could have been at your funeral. You’d have liked it. I’m sure you’d have notes, but we did what we could without you. It’s how we do everything now.

Caitlin Bitzegaio is a writer and performer based in New York City who co-hosts the podcast “We Stan Together.” Find out more at caitbitz.com.