A Fitting Farewell in Atlantic City

Here’s how we said goodbye to my clever, caustic, complicated mother. 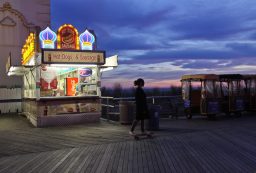 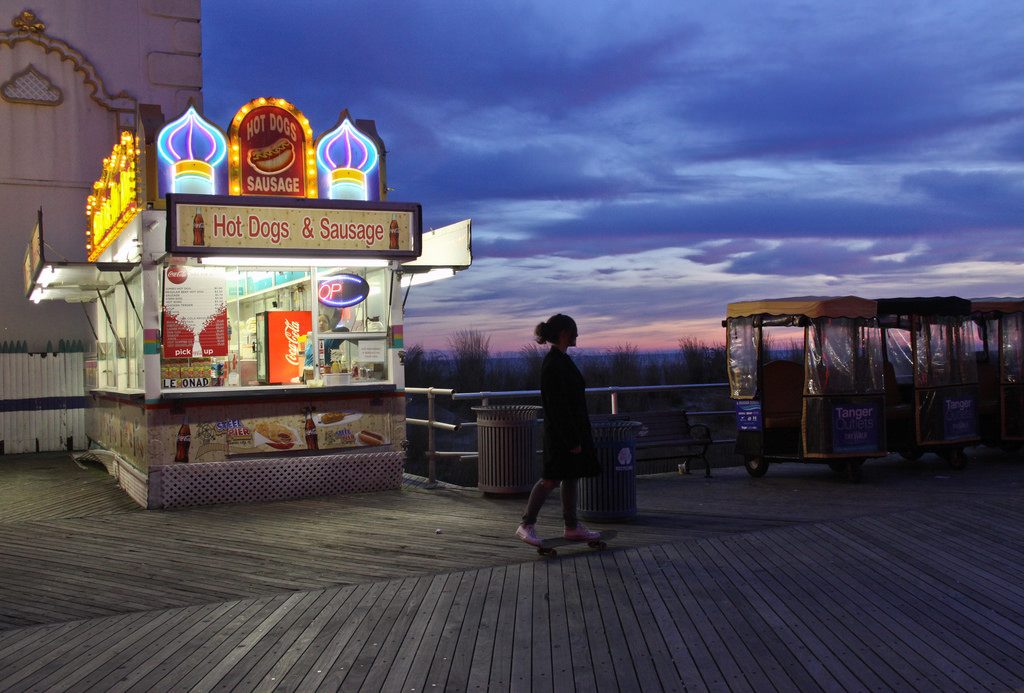 My father and I are at a family bar mitzvah in New Jersey. It’s been two years since my mother died. I am dancing the hora next to my cousin. We spin around the room, sweating in our clingy dresses, tipping on our tall shoes.

“I miss your mother,” my cousin says in a thick Brooklyn accent. “She was so funny. It’s too bad she’s not here,” 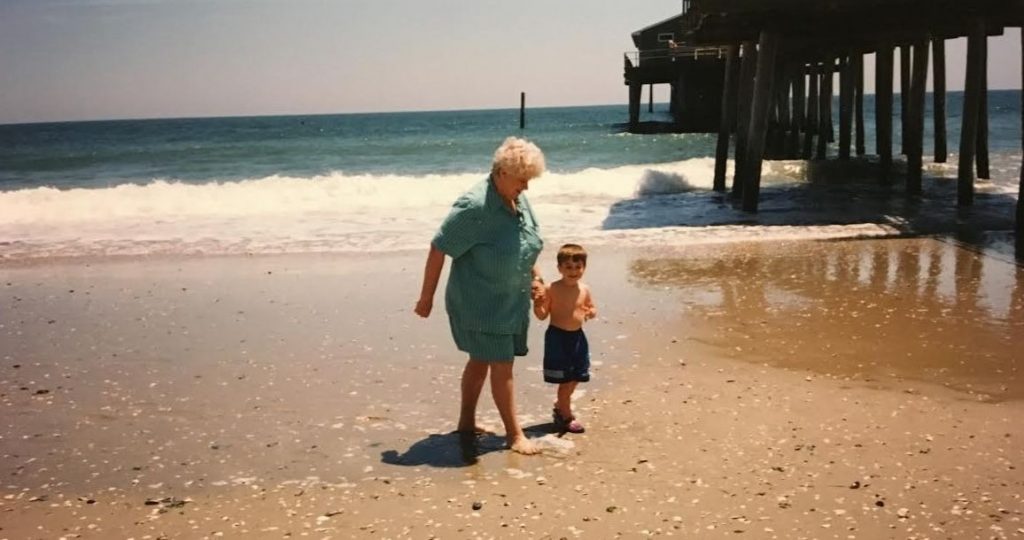 The author’s late mother, with one of the author’s sons. (Courtesy of Stacey Freed)

We have brought my mother’s ashes with us. They’d sat in my father’s closet in his Rochester apartment until his grief and guilt, perhaps, had become too much. And until we had a reason to be in New Jersey, where he is not allowed to drive because of a traffic altercation that didn’t end well. There was a shouting match between him and the police, and my mother got involved. But when the police shouted at my mother, it angered my father who may have done more than shout back. They took him to the station. My father never appeared in court and is technically “wanted” in New Jersey.

But my mother had told him that when she died he had to scatter her ashes over the ocean in Atlantic City, the last place they had lived before leaving New Jersey for Rochester.

We’re dancing and the sun is readying itself to set. The pastries have been eaten and the coffee’s all gone and there’s nothing left to do but leave for the ocean. My brother and I convince my father that driving two hours to Atlantic City is crazy. Let’s just go to the closest pier to scatter the ashes, we tell him.

It is October and the wind is a chilled blade against my skin. I get in the back of my brother’s SUV. We drive a half an hour to the nearest public beach. My father and brother in their suits and I in my flimsy dress get out of the car. My fancy sandals are no match for the damp, cold, shifting sand. I remove them and my toes go numb. The sky is a smoky blue, the temperature is dropping, and the wind is picking up.

My father carries my mother’s ashes in what looks like a metal bread box. She had a big personality. She was smart, macabre, caustic. She used to say, “When I die, I want to be cremated. And after you scatter my ashes, whenever you get dust in your eyes you’ll think of me.”

She was angry at a world she believed dismissed her. She never forgot a slight. She wielded a kind of power in being a victim. “You’re gouging my eyes out and your brother’s cutting my legs off,” she’d say.

She loved chocolate and “La Boheme” and collecting music boxes. She had an infectious laugh. Sometimes our relationship felt like this: If life gave her lemons she’d find my open wounds and squeeze them in. But then again, once at the grocery store, she bought food for an old couple who couldn’t pay their bill. In my high school yearbook, a friend listed my mother’s roast chicken as one of her favorite things.

We traipse across the sand. “She wanted her ashes to go far into the water,” my father says. He’s in his late 70s. He has grown thinner and smaller, his hair just wisps atop his head. We stand at the ocean’s edge and scan the waves. They churn at us, pushing us away. We return to the car.

We drive another half hour until we find beach access at what appears to be an unused Army depot. In the bluing light, we stumble between vacant, broken buildings, sitting like ancient ruins. My father shakes his head.

We go back to the car and turn on the heat. “Fuck it,” my brother says. “I’m driving to Atlantic City.” My father has to direct him to the pier. For three years my brother had cut off all communication with my parents and had never visited them at the beach.

On the morning my mother died, my father called and told me she’d fallen getting out of bed. “Your mother’s gone,” he said. “Don’t tell your brother.” I felt light-headed, my chest constricted.

She lay on the floor of their bedroom. I touched her face and whispered, “I love you.” I did not feel particularly sad. I had already mourned the death of the woman who made the best noodles-and-butter and played Perquackey with me and showed me a love of reading. What I had learned from her was that life would not break me. I could choose to engage life differently. The mother I remembered had been gone long before she’d slipped from her bed.

We waited for the police. I called my boyfriend. I called my ex-husband. I called my best girlfriend. One of them contacted my brother. My father had made no provisions for my mother’s dying even though she probably said, “I’m dying” every day for at least five years. She had gotten into bed and like the grandparents in “Charlie and the Chocolate Factory,” and she just stayed there. But she was not jolly. She was sick, angry, depressed and she was determined to die. And then she did. My brother called. I handed the phone to my father who cradled it against his ear and began to speak.

We arrive, finally, at the pier, which reaches out over the water. The moon is bright, big and full. We walk to the end where my father opens the box and removes an ash-filled plastic bag. I stare at the white-fisted waves. In my head I say the “Sh’ma,” a Hebrew prayer affirming God’s oneness. Cold, damp wind spread my hair around my face.

My father struggles to open the bag. Once he does, he upends it over the metal railing. Wind grabs the ashes and wrestles them out to sea.

My father releases the plastic bag. It pauses on the air like a cartoon ghost then zips and stumbles away. My brother and I circle my father in a hug.

The next day is Hurricane Sandy. The storm slams into Atlantic City; the ocean reclaims the land, salty water fills apartment buildings then spills from dark broken windows. My mother is home.

Watch Stacey read a version of this essay aloud:

Stacey Freed is an award-winning writer for national trade and consumer publications. She holds an MFA from George Mason University. Her essay, “Tourist No More,” appeared in the anthology “She Can Find Her Way: Women Travelers at Their Best” from Upperhand Press. She has recently finished a draft of a novel she hopes will one day see the light of publication. When she’s not writing, she loves to hike, read or bake bread.