‘At Least You’re Not Having Twins’

As a mother of twins, responses to my latest pregnancy announcement are all over the map. But amid a private loss, one remark cuts to the bone. 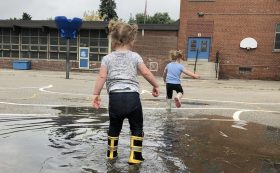 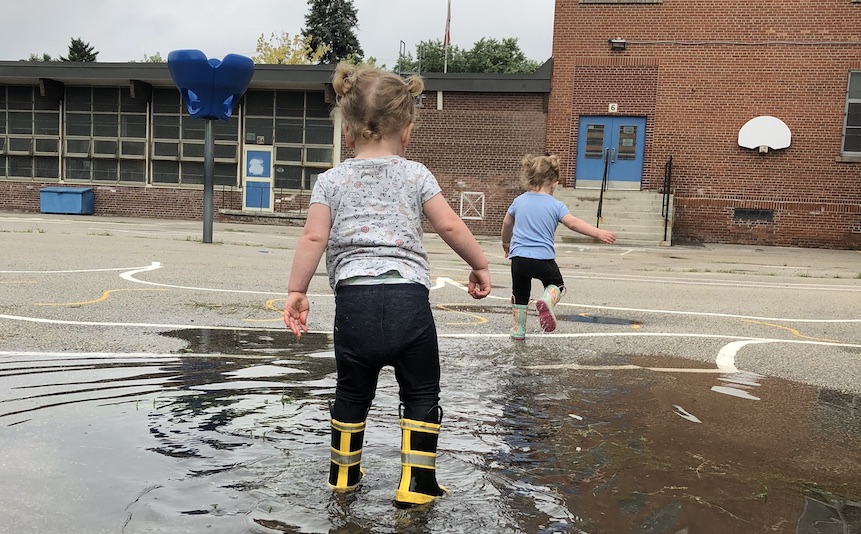 We recently sent out our annual holiday cards to friends and family featuring adorable pictures of our children. This year’s card included a baby announcement.

People are still receiving their cards — and the reactions have been pouring in. The best ones are those that express complete and unreserved excitement for us. Some have been notes of congratulations but with a tinge of judgment for having a third or an inability to hold back comments on the obvious, that our lives will be even busier.

Wow, you’re really going to have your hands full.

I thought you would have been done with two.

Where are you all going to sleep?

Are you going to be able to continue with your Ph.D.?

Some haven’t said anything to us at all, which makes me wonder — if they can’t bring themselves to offer even a lifeless “congrats”—  maybe they are expressing disapproval via if you can’t say anything nice, don’t say anything at all.

But none of these reactions cuts to the bone like “at least you’re not having twins.”

READ: After My Miscarriage, I Was Still Pregnant

I think I know what’s happening here. People see how busy our life is with a pair of two-and-a-half-year-old twins. They think about the chaos of a household of twin 3-year-olds and twin infants. I mean, I think about that too, daily. When I’ve got one twin who has just climbed on top of the table and is ready to rocket launch herself onto the couch that’s eight feet away and another who just pooped her pants and is crying because she didn’t make it to the toilet in time and I’m making that split decision to intercept Super Girl, knowing I’m going to be cleaning poop for the next half hour and consoling a child who is disappointed in herself, I can’t help but wonder how even one infant fits into that picture, let alone two.

The people who say “at least you’re not having twins” are probably thinking the odds of having another set of twins are so remote there is no need to censor this comment or to even check the correctness of assuming we’re not having twins. Most people know we used IVF to conceive and were only putting in one embryo, so it meant if twins happened again, they would have to be identical. I mean, what could the odds be of having another set of identical twins after having had a set of identical twins? It’s got to be one in a billion, right? (Actually, it’s closer to 1 in 70,000.)

But I think, more importantly, they don’t think.

Because if they did, they might realize saying this out loud, to parents who fiercely love the twins they have and wouldn’t give either one up for a less chaotic life, it might come across as rude. They don’t realize saying this states an assumption that they believe is held so widely it would also be held by the parents, that a single child would be better than twins.

READ: My Wife and I Had a Twinless Twin

Sometimes we tell people who give us this reaction, “actually we did have twins and we lost one.” To which the person usually tries to dig themselves out of the very deep hole they are in by saying “I’m so sorry for your loss.” But, the damage is done at that point – we are already focusing on how they probably think it’s a good thing we lost one of our babies.

I mean, I love and forgive the people who say this. They don’t know how long and hard our road to starting our family has been. That this isn’t our first loss. I know they don’t mean harm, but not meaning it doesn’t stop it from being received.

I fight every day to remember the baby we lost. I fight against my own conflicted feelings about losing that baby, and the days I hear “at least you’re not having twins” are the hardest ones to endure.

Our two-and-a-half-year-olds may be identical in appearance but have very different personalities. I know better than most that losing one of a set of identical twins is losing an entire universe of uniqueness in a child I will never get to know.

Nevertheless, every once in awhile, I have brief moments where I mix up who’s who. It’s in those moments the grief over the loss of the twin from my current pregnancy finds sunlight — knowing we’ll get to see glimpses of the baby we lost in the baby who survived.

So, for now, my somewhat dark coping mechanism is framing the loss as if we had to lose another baby, at least we’ll get to know its twin.

Nicole Minutti lives in Toronto, Canada, with her wife and (soon-to-be three) kids. She works and studies in the field of health policy. In the little spare time she has, she enjoys reading, writing, cycling, and scuba diving.