‘Call Me a Mother’

After two miscarriages, I feel like a parent — even though I’ve never held my babies or pushed them in a stroller.

“What’s on your mind?” Facebook asked on Mother’s Day of this year.

The empty box sat there. Staring at me. Prompting me to say something. Do you say something? What do you say? Who are you now.

Not seven days earlier my husband and I had lost our first baby. Perhaps we should zoom further back.

The pendant Talia wears in remembrance of her losses.

My husband and I got married on 3/10/13 (I have a thing for numbers). The moment we got married, the questions started from friends, family members, co-workers, even strangers. “When are you going to get pregnant?” “Are you pregnant?”

We decided before we got married that we would take a year of “just us” time before we started trying for a family. I would tell everyone who asked, “my husband demanded a year of marital bliss first,” and that seemed to work. But after our first anniversary, these questions came more frequently. 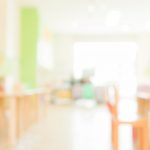 Returning to School After My Stillbirth 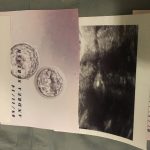 On 4/4/14 (see, numbers), I found out that we were expecting our first child. Well, that was easy, I thought. Until a month later when I started bleeding and cramping. On 5/5, the loss of our baby was confirmed at almost eight weeks. On 5/7 I had a D&C (dilation and curettage) surgery to complete the process. On 5/11, Mother’s Day, I felt bombarded.

Beautiful babies and proud mommies filled my news feed. “Thanks to my baby girl for making me a mom!” read one post. “Happy Mother’s Day to the amazing moms I know!” read another.

The whole week prior I just wanted to crawl under a rock. I stared listlessly at the TV screen and computer, unable to rally myself to any action. But something about Mother’s Day made me want to speak out. So, for the first time, I told the world (a.k.a. Facebook) that I was a mom. I carried a baby in my belly for only eight weeks, but I still felt like a mom.

Fast forward through the doctors’ visits and the “actually it happens to one in four women” conversations, my husband and I were lucky to get pregnant again. We found out the day after my husband’s birthday, 6/25. But by 8/15, we found out that we had lost our baby again, this time at nearly 12 weeks.

By now I feel like a mother, though I’ve never held my babies in my arms. But what would society call me? They don’t seem to see me as a mother because they’ve never seen me push a stroller down the street. Someone close to me, who also lost a baby, said to me one day, “You know, they have a word for when you lose your parents and they have a word for when you lose your spouse but what do you call a parent who has lost a child?” She had brilliantly encapsulated exactly how I felt that Mother’s Day, staring at the Facebook prompt “What’s on your mind?”

But really, I just want you to call me a mother and respect my journey. Not to trivialize my loss since they weren’t born, or to tell me I’ll have that same kid another time. Not to tell me my feelings aren’t real since I never met the babies. To respect my unfortunate expertise here.

Oh and please don’t call on 12/13 or 3/3. Those will always be important dates for me (their due dates), but this year at least I will probably be staying under the covers with my puppy and husband, avoiding all Facebook prompts.

Talia Haykin comes from a long line of rabbis, from which she rebelled to be a freelance writer and social media consultant. She is currently the Director of Marketing & Communications for the Jewish Community Center in Denver, Colo. Follow her on Twitter @thdpr.