As I lay in my hospital bed, I could hear the woman in the next room dying. Someone was wailing. I pawed through the bed sheets for my 3-month-old son, but I couldn’t find him. Everything felt hot and damp from my leaking breast milk. I heard the cries again.

Oooooh! I kept trying to peel back the twisted linen.

And then, Mercy! Mercy!

This was not my son bellowing. Instead of his fuzzy head I found a giant call button. Then my eyes made out the lopsided fruit basket and plastic pink water pitcher. I tried to sit up, but got caught. There were wires snaking out of my gown and I smelled like a sour armpit.

The past 24 hours leached slowly back into my brain. I was 40, had just given birth to my third child, and was training for a half-marathon when a night of “bad indigestion” turned out to be a heart attack. Instead of picking up my older kids from the playground after school, I’d found myself on a metal table, gazing up as a handsome Italian doctor stented one of my coronary arteries and chatted with me about designer watches. Staring at the images of my heart pumping and trying to bat my eyes flirtatiously.

It was deemed a spasm. Or a blockage. Possibly an arterial dissection. I had no family history of heart disease and had blood pressure so low that I often got dizzy from tying my shoes. Five different doctors asked me if I’d done cocaine. I told them I was flattered they thought I might live that wildly.

Then I’d swallowed enough painkillers to make everything a dim lavender, and wound up in this lovely room with windows and complimentary mouthwash. I got fluffy socks with treads and an endless supply of Jell-O cups. A nurse named Miriam who told me all about her magical orthopedic sneakers that carried her through Jerusalem and were only thirty bucks online. 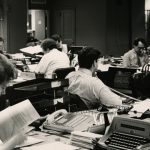 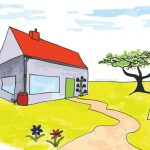 When Your New Home Has a Sad History 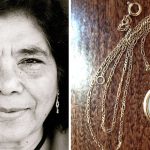 Mourning Tina, the Nanny Who Raised Me

My husband was there, squeezing my hand, stroking my head. Whispering, “What the fuck?”

At some point, he leaned in to say he was going home to be with the kids for a bit. His eyes looked raw from exhaustion and the tears he’d tried to hide. I asked him to send me pictures, especially of the baby. Then Miriam turned off the harsh overhead fluorescents, and I must’ve fallen asleep. That’s when the wailing began.

It was getting louder, sharper. A frantic parade of rubber soles rushed past my open door. Beepers, bells and whistles. Suction.

“Ms. Cook, we’re trying to help you,” boomed a white lab coat across the hall.

Please, she begged. Her voice scraped up the pain from somewhere so bottomless and terrified. More scrubs charged by and there was a loud whirr of some machine.

Yes, please, I said. To whoever was listening.

I’d never seen Ms. Cook’s face or heard her voice before this moment. Whatever had brought us here didn’t matter. We shared just a short path of linoleum between us on this cardiac care unit.

I knew if I turned my head a few degrees, I could watch Ms. Cook dying.

“Code!” called one of the nurses.

The game of human telephone circling the floor. Everyone lurching forward as they ran. I wanted to tell her I was here for her. If she could just take a few deep breaths and refocus…or maybe that’s what I needed to do. Part of me thought I was dying with her. We all were. We were put inside these rickety bodies that cracked and crumbled and from the moment we came out of the womb we were just inches away from drowning, breaking, smashing into a thousand pieces.

Ms. Cook wasn’t forming words any more. She was gasping; howling. The whole night felt like it was trapped in her broken body. I squinted at my monitor, wondering how I could be still pumping blood in and out and for how much longer. The air was shuddering with death.

I queued up some Sanskrit chants on my phone. Forced my eyes shut and grunted, Om. Even under the soundtrack, I could hear Ms. Cook keening. Omomomom. I kept going until everything else fell away.

A few minutes or hours later  — really, who could tell? — Miriam snuck in and wrapped my arm in a blood pressure cuff. The chanting was done. The floor was quiet.

“How is that other patient?” I asked.

“I don’t know,” Miriam said. She was a bad liar, and I didn’t want to make her say the d word out loud. Her magical shoes shuffled out quickly before I could ask more.

It was morning now. A new shift of doctors began rotation. They pulled the wires off my chest and said it was a spasm, after all. Or a blockage. Possibly an arterial dissection. Most importantly, it would probably almost definitely never happen again. I was spared. My husband brought me my Wonder Woman underwear and a clean shirt to wear home.

On the way out, we passed Ms. Cook’s room. Her bed was empty, made with pristine corners. All of her was gone. Everything that had come undone had been carted away. There was not a stain or a scent of her left behind.

I leaned into my husband’s shoulder and said, “There was someone there last night.”

We walked slowly into this new day that Ms. Cook would never see. My feet tingled and I shivered even though it was finally spring. A few blocks away from our apartment, my husband pulled the car over by our favorite diner and we got egg sandwiches.

I wiped the grease from my mouth. I wiped my eyes too, but there was nothing there. I didn’t know how to cry for Ms. Cook without crying for myself, my children, my husband. For all the Ms. Cooks dying alone in the night. All of us, so terrifically fragile.

Abby Sher is a writer and performer living in Brooklyn. She is the author of “Amen, Amen, Amen: Memoir of a Girl Who Couldn’t Stop Praying (Among Other Things).” Her writing has also appeared in The New York Times, The Los Angeles Times and Elle magazine, among other publications. She has written previously about death and superstition for Modern Loss.