How Do You Want To Die?

The Conversation Project gets people — yes, even 20- and 30-somethings — talking about their end-of-life preferences. There’s a lot of avoidance when it comes to talking about how we’d like to die. Our death may feel so far off as not to warrant a conversation just yet. And as for our parents and grandparents, well, it’s just plain awful to imagine our world without them. But sidestepping the issue does nobody any good, says Mandy Ferguson, a 24-year-old advisor to The Conversation Project. The four-year-old organization’s “audacious” goal, said Ferguson: “To make sure that everyone’s wishes for end-of-life care are expressed and respected.”

The brainchild of longtime syndicated columnist Ellen Goodman and Len Fishman, a senior care specialist, The Conversation Project has partnered with the non-profit Institute for Healthcare Improvement to provide a host of resources to facilitate these admittedly challenging conversations. Their free Conversation Starter Kit, which has been downloaded from The Conversation Project website more than 150,000 times, asks users to ponder such questions as “Where do you want to receive care?” and “Whom do you trust to speak for you?”

Ferguson spoke recently with Modern Loss’ Gabrielle Birkner about the genesis of The Conversation Project, the difference between a “good death” and a “bad death,” and when and how to start that conversation about our inevitable final days. 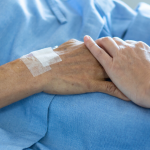 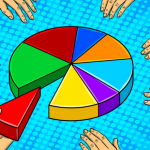 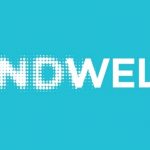 What, exactly, is “the conversation” at the heart of The Conversation Project?

The Conversation Project is dedicated to helping people talk to their loved ones about what their wishes are regarding end-of-life care. More often than not, this is not one conversation, but a series of conversations with family members, friends, providers, and so on.

How did the project get started?

The Conversation Project began in 2010, when Ellen Goodman and a group of colleagues and concerned media, clergy and medical professionals gathered to share stories of “good deaths” and “bad deaths” within their own circle of loved ones. Over several months, a vision emerged for a grassroots public campaign spanning both traditional and new media that would change our culture. The goal: to make it easier to initiate conversations about dying, and to encourage people to talk now and as often as necessary so that their wishes are known when the time comes.

What do you mean by “good deaths” and “bad deaths”?

We really like to think of them as “good” deaths and “hard” deaths. Too many people are dying in a way that they wouldn’t choose for themselves.  Their loved ones might be faced with a whole host of decisions that they aren’t prepared to make or that they don’t have answers to.  A “good” death is one where the individual’s wishes for end-of-life care were respected.  Additionally, it is more bearable for the survivors.  We know that families and loved ones of people who have had conversations are left feeling less guilty, uncertain and bereaved after a death.

Your downloadable Conversation Starter Kit suggests people start these conversations by writing a letter to themselves, their family or a friend. What should be in that letter?

These letters are often very personal and vary by individual. We have a wonderful example letter on our website, from a mother to her family. It is so heartfelt and touching, that we love using it as an example for people who are having trouble getting started.

Political rhetoric has led to a lot of misinformation about the doctor’s role in all of this. (Many of us remember the “death panels” hysteria.) In what ways should physicians be looped into these conversations.

Physicians are an integral part of this conversation. After talking to your loved ones about wishes for end-of-life care, it is important to also communicate these wishes to your health care team. TCP provides the, “How to Talk to your Doctor Guide” to help people get started on these conversations as well. Your health care team’s role is to listen carefully to your wishes, and then help you make the most appropriate decisions about your care.

A conversation is a starting point, but it’s not enough. Tell me about the next steps. What, ultimately, is The Conversation Project encouraging people to do besides talk?

The mission of The Conversation Project is that everyone’s wishes are expressed and respected. Whatever those wishes may be, we want to make sure that somebody knows them.  The end of The Conversation Starter Kit highlights some documents (Advance Directive, Living Will, and Health Care Proxy) that can be used to document your wishes and identify health care agents to act on your behalf if you are unable to make decisions for yourself.

Many of our readers are 20- and 30-somethings. When is the optimal time in one’s life to have these conversations?

Our favorite motto is that “it’s always too soon until it’s too late.” We often think that it’s too early to be talking about death, but there’s no such thing. We believe that it is better to have a conversation around the kitchen table rather than in the ICU. I’m only 24, and I know my parent’s wishes and they know mine!

Interview was condensed for length and clarity.