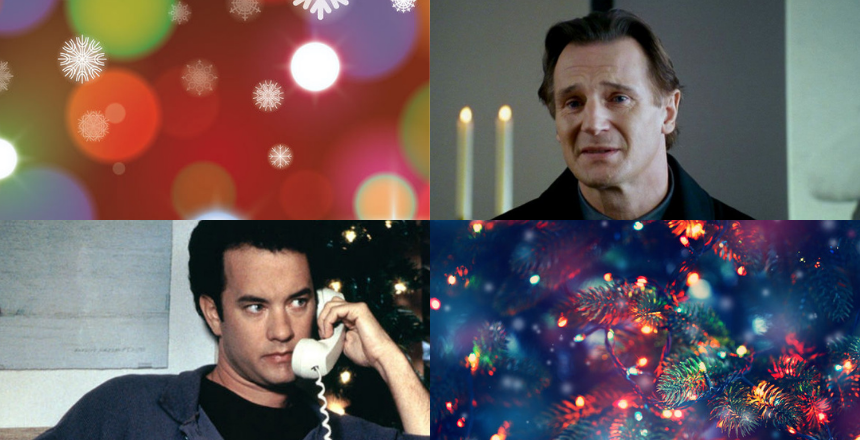 History has long forgotten the name of the first movie producer who considered the holidays, with its festiveness, goodwill and jaunty sweaters and thought “You know what would go well with this? Dead wives!” Whoever he was – and I’m willing to bet a gingerbread latte that it was a dude – he was on to something.

It seems that in so many recent holiday classics, there’s a handsome, stoic man in a fisherman sweater staring wistfully into his lavishly decorated tree, his handsome eyes filling with tears as he grieves his late wife. Handsomely. Female movie widows cry a lot, too, but you know they’re sad because they look like hell – barefaced, messy-haired, shakily-held coffee cup in hand. Nobody’s trying to date that. Trying to cut them out of the holiday party photos? Yes. Date? Nyet.

But for some reason, sad widowed dads are chick magnets, particularly at Christmas. Maybe it’s that women like saving people, and if you have to save someone, it might as well be a weeping Jude Law. Jude needs you. Just look at how the tears accent his impossibly beautiful eyes! This season’s cable holiday movies are even in on the act, like Lifetime’s “Feliz NaviDad” with Mario Lopez as a widowed father, who’s obviously a catch. Also he looks good in sweaters. Mario, sadly, didn’t make my list of best sad widowed holiday dads. But look who did!

4. Craig T. Nelson, “The Family Stone” (2005). Craig barely makes the list, as his character, the patriarch of a rich, judgy Connecticut family, isn’t widowed until the last scene, when he greets his whole judgy brood for Christmas without his unpleasantly pushy wife Diane Keaton. (They’d spent the previous Christmas being smug in winter wear and hating on Sarah Jessica Parker). But he’s on here, because his grief and stoicism is palpable as he stands in his Architectural Digest-worthy kitchen without his wife. And his sad brave face breaks your heart. Yes, he is wearing a sweater.

3. Liam Neeson, “Love Actually” (2003). I hate this movie because of its contempt for any woman who isn’t a 20-something Size 2 (For Christmas, Keira Knightly gets to be the romantic muse of not only her hot husband but his stupid friend, while Emma Thompson gets a Joni Mitchell CD she already owns as her husband buys his hot secretary jewelry.) I’m also not a fan of the subplot where Liam Neeson channels his holiday grief for his dead wife while ill-advisedly encouraging his pre-teen child to woo another child that he winds up chase-stalking through an airport before she moves away. (If he weren’t a cute white kid it would have been way less whimsical). For his pure heart in the face of sadness, Liam is rewarded the next Christmas with the love of Claudia Schiffer, because movies just hand out supermodels as consolation prizes.

For his pure heart in the face of sadness, Liam is rewarded the next Christmas with the love of Claudia Schiffer, because movies just hand out supermodels as consolation prizes.

2. Tom Hanks, “Sleepless In Seattle” (1993). I would have put Sam, the widowed dad whose heartbreaking Christmas evening phone call to a radio talk show, at the top of my list, but for my shallow reasons, Jude Law comes first. But he’s perfect, not only because his primary goal is to protect his son, but because he’s the best example of how caretaking women hear a man crying about missing his wife on Christmas and say “Well, obviously, he’s my next husband.) Also? Sweater. 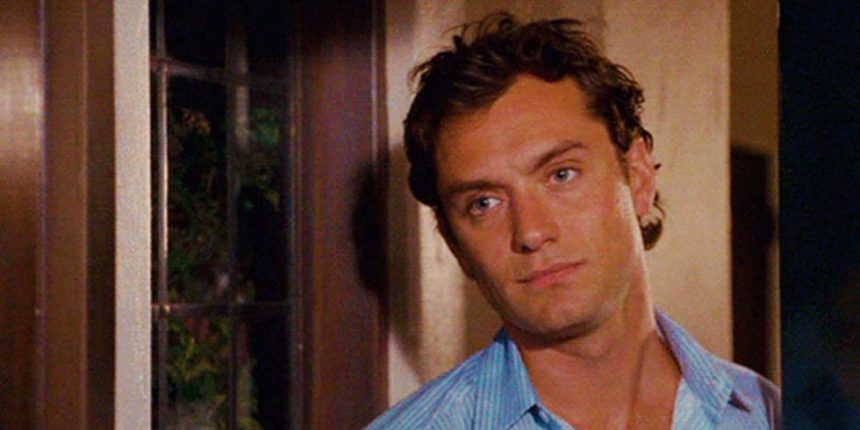 And the winner is…Jude Law

1. Jude Law, “The Holiday” (2006). This is my favorite, not only because of Jude Law’s face, but because it’s one of the only widow movies that doesn’t get mad at the widowed person for having a sex life. When we meet Jude’s character, he’s the drunk-hot brother of the woman Cameron Diaz is renting a holiday vacation rental from, and they hook up almost immediately because that much hotness has to go somewhere. But when we find out he’s been hiding not a wife, but adorable orphaned daughters, the movie doesn’t judge him for dating. Would it be this charitable to a woman? Oh, of course not. But once you see him making a puppet out of a napkin to make his kids laugh or sobbing at the prospect that Cameron is leaving forever, you don’t blame him. Because he’s a good dad who also looks like Jude Law. I will not add how good he looks in a sweater, because. You. Know. This.

We’ve learned that movies see sad dads as a sweet romantic project where they might see sad moms as a burden who’s going to ruin the caroling with her inconvenient grief. We’ve also learned that you should never cheat on Emma Thompson.

So what have we learned? We’ve learned that movies see sad dads as a sweet romantic project where they might see sad moms as a burden who’s going to ruin the caroling with her inconvenient grief. We’ve also learned that you should never cheat on Emma Thompson. But mostly, the take-home is that holidays plus grief plus hot men in sweaters are Hollywood canon now. It’s weird and you can’t stop it. Not that I would. Because Jude Law.

Leslie is the author of ‘Black Widow: A Sad-Funny Journey Through Grief for People Who Normally Avoid Books with Words Like ‘Journey’ in the Title” (Little, Brown and Co., March 2020). She is also a Modern Loss contributing editor.