Taylor Hawkins’ son poured everything into each slam of the sticks. When words fail, music comes through – and pulls us all in. Watching the Taylor Hawkins tribute concert online from London, it occurred to me that, aside from Dave Grohl himself, I may be one of the few that remembered the original mega-tribute concert: LiveAid. Thinking about that show, which happened at Wembley Stadium thirty-seven years ago, I realized the importance of what I was currently viewing. I knew how powerful the show’s impact would be. Social media quickly lit up with photos and video clips of performances that brought people to tears. I wasn’t surprised at all.

When Sir Bob Geldof had the idea for a show that brought together the biggest music superstars for a full-day concert, it was to raise funds for the famine in Ethiopia. He’d already had success with the holiday song “Do They Know it’s Christmas?” but wanted to bring those same artists together for a live show. Concerts with multiple acts that brought awareness to issues had happened previously (George Harrison’s Concert for Bangladesh, and Amnesty International’s Secret Policeman’s Ball), but they’d never been done on the scale that Geldof imagined for LiveAid.

On that day in 1985, I was twenty-two, and watching on a small television from the apartment I shared with my new husband, Kevin. I’d always wanted to be a music writer but set that aside to pursue the life of a married woman—home, kids, 9-5 job that allowed time with family. I lacked the confidence and fortitude to travel the world, pursing bands or reviewing concerts. Watching LiveAid reminded me that I was no longer hoping for a life in rock music. I wasn’t at this show, pen in hand, covering it for Rolling Stone. Instead, I was one of the million or so that watched via satellite as the heroes of my music life, U2, David Bowie, and the surprising highlight act, Queen, took the stage. 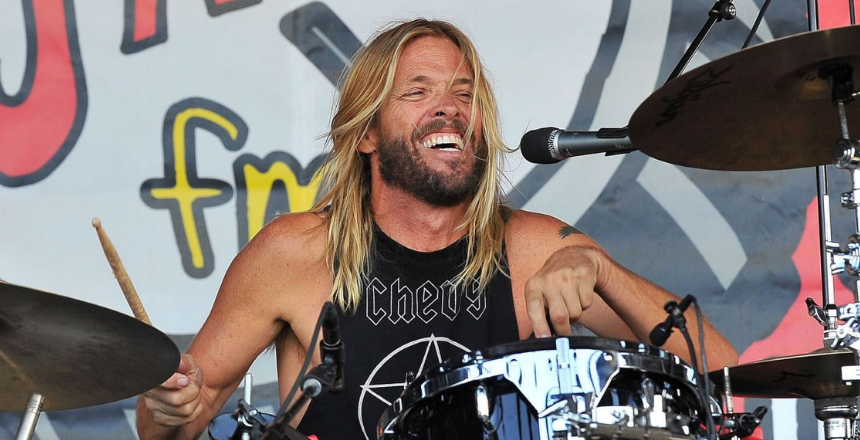 The day-long show had a larger purpose. And for the first time, the music industry, not just a few philanthropic-minded musicians, understood that music and performances could bring awareness to and raise funds for world-wide issues. Many of us had seen the documentaries on the Ethiopian famine. What could we do? Then, Geldof put together a show, with volunteers ready to take my call. I became a monthly donor to my chosen charity, all thanks to his brilliant idea.

Just over ten years later, I watched another day-long tribute concert, this time for Freddie Mercury, arranged by the surviving members of Queen after Mercury’s death from AIDS. It was a loss that had shaken me. It clearly illustrated how my life path had changed from the dreams I had at seventeen. I remember lying on the floor of our newly remodeled home, putting all my Queen albums on the stereo, and acknowledging that MTV’s day-long coverage of mourners gathered at Mercury’s home would be my only connection to the event. I wept for hours. Queen was my band. I collected all their records, had seen them several times, had even met them twice. How disappointed teenaged me would be, I realized then. By the time of Mercury’s death, my path was clear. Kevin and I had purchased a house in the suburbs, and we had a four-month-old son.

I wrote off my subsequent depression as post-partum, and certainly had no time to grieve for teenage dreams and passed-up career plans while caring for an infant. But when remaining band members Roger Taylor, John Deacon, and Brian May, gave Mercury a fitting send-off, I knew I would spend the day, once again, in front of the television, by now a larger screen with cable which allowed me to flip channels from MTV to BBC. The full-day event, with favorites like George Michael and David Bowie, allowed fans to mourn Mercury’s passing, but also to feel, as LiveAid had done previously, as though we could help deter the epidemic of HIV/AIDS. Once again, we were given a way to turn our grief into action.

Through the years, there’ve been other mega-concerts to memorialize or celebrate. LiveAid begat FarmAid, shows raising funds for disadvantaged farmers organized by Willy Nelson. Beastie Boys’ late front-man Adam Yauch produced the Tibetan Freedom Concert in San Francisco in 1996. And Sir Paul McCartney arranged the Concert for New York City, to raise funds for and honor first responders after 9/11.

Such shows have always been about creating awareness and memorializing. It wasn’t surprising then, after Taylor Hawkins died on March 25, that his Foo Fighters bandmate Dave Grohl would honor him with a concert featuring many of Hawkins’ favorite artists. Hawkins was that rare performer who readily admitted his success was due to the influence of other musicians. He sought out those people, showing his appreciation, jamming with them whenever he could. As such, they were all eager to honor him.

Thousands once again filled Wembley Stadium. One of the most poignant acts was my old favorites, Queen, whom Dave Grohl recognized as “probably Taylor’s favorite band and his favorite drummer.” Together with Grohl and singer Sam Ryder, Queen performed five of their biggest hits. Then, May took the stage solo to sing one of the most beautiful Queen songs, Love of My Life, a song known to fans as the one Mercury sang a capella, with the audience joining in, lighters aloft.

Through all of this, we’ve turned, as we so often do, to our music heroes. Losing one of them, one so young and who conveyed such joy, adds to the oppressive sadness we’re all so tired of bearing.

As many of us watched the Taylor Hawkins memorial concert, now on large screens, through streaming services, simulcast and made available to rewatch, we felt a connection only these events can create. Many posted their surprise at how emotional they became. Yet, in the past three years, we’ve accumulated a collective grief. We’ve lost millions to pandemic. We’ve experienced divisions over politics. We’ve watched, feeling helpless, as relationships buckled under the strain of separation and quarantine. We’ve lost passion for jobs and careers. Through all of this, we’ve turned, as we so often do, to our music heroes. Losing one of them, one so young and who conveyed such joy, adds to the oppressive sadness we’re all so tired of bearing.

So, yes, we’ve needed these send-offs in the past and we needed this one now. We shared Dave Grohl’s pain as he tried to sing “it’s days like these you learn to live again.” As Brian May recalled his time in that stadium to honor his bandmate Freddie, we yet again wept and shone our lights, swaying and singing along to Love of My Life. We cried in unison watching Taylor Hawkins’ young son, Shane, pound the drums, hoping that his dad would be proud. We shared his grief, watching it pour out with each slam of sticks to the kit.

Our collective grief, for so much loss, for so many ways in which the world has changed and shifted, for so many of our dreams that have been set aside, came through in that music. We all took comfort in the love performers all had for the musician, the father, the friend, that was Taylor Hawkins. Dave Grohl knew he needed to do this.

What he may not have known, is how much we all needed it to happen.

Lori Tucker-Sullivan’s book, I Can’t Remember If I Cried: Rock Widows on Life, Love and Legacy, which profiles the widows of rock stars who died young and what they have taught her about grief, is forthcoming from BMG Books in 2023.