Expressing loss through art didn’t heal my wound. It just exposed it to everyone, in feature-length format. 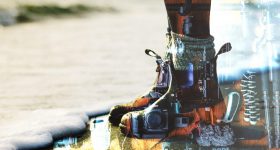 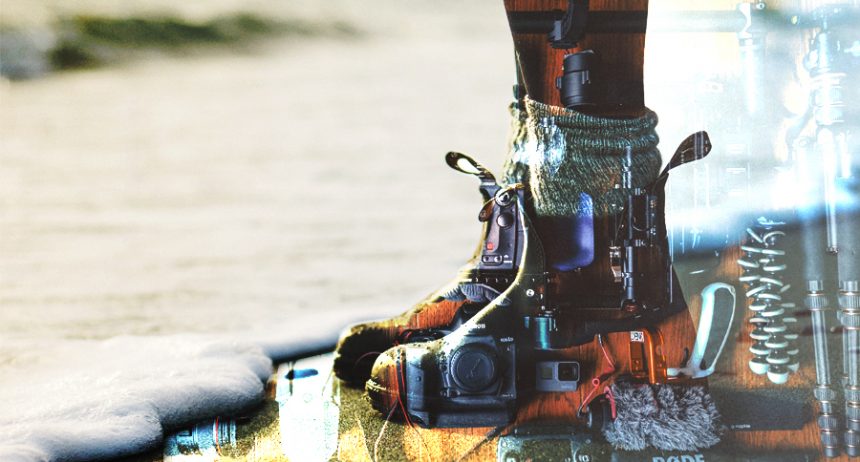 It’s the day after Christmas of 2016 in my mother’s home in Door County, Wisconsin. In the living room, my mom is dangling a pendant on a chain above her open palm and asking questions of my dad who died in 2009. My sister and grandmother are watching intently. Depending on which way the pendant swings, it’s a yes or a no.

I’m on my mother’s bed in the nearby bedroom half listening with the door open because this is kind of bullshit to me, but I’m still curious.

Not far from my mother and the pendant are boxes of coffee mugs, posters, and magnets that say “Love, Loss…and Wisconsin,” the tagline for the movie I made about losing my dad to cancer. I’ll be giving them away to our crowdfunding contributors in the following months.

Throughout this last year I’ve been taking “June Falling Down” to film festivals. It’s been a five-year process for this low-budget, homespun production and it’s finally playing for audiences. I wrote, directed, edited, and produced it, and also played the title character of “June.” 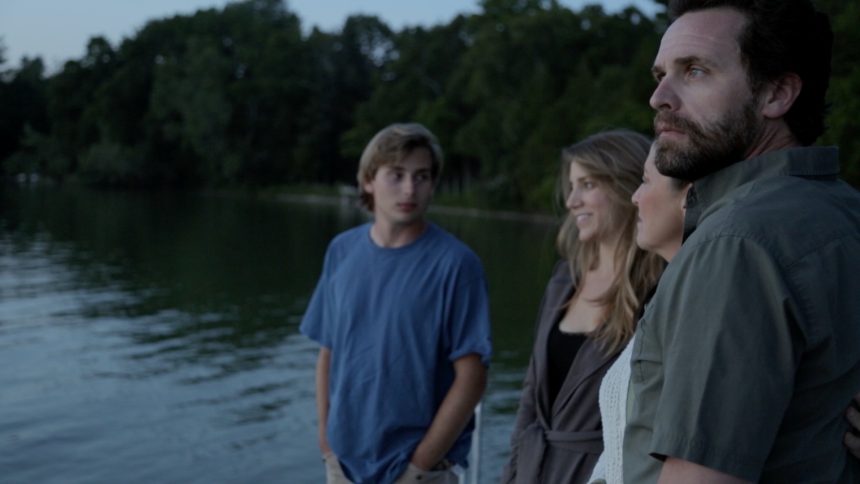 A scene from “June Falling Down”

June is returning home to Wisconsin for her best friend’s wedding one year after her father’s death from cancer. Just like June, when my best guy friend got married shortly after my dad’s death, the new line drawn down the center of our friendship gutted me. Just like June’s mother, my mom is into crystals and reiki. Just like June’s father, my own dad, a medical doctor, understood the weight of his diagnosis and it sent him into a depression that haunted my family and me for years after his death.

So I wrote a movie about it, partnered with my boyfriend in raising money and renting equipment, and gathered actors. Five and a half years after his death we began filming. At one point in my family’s living room I had actors playing my mother, father, brother, and a hospice worker while my real mom and sister sat quietly on the other side of the house. I brushed gray eye shadow under my movie father’s eyes so he looked sicker.

In other words, I found the most elaborate, most public way possible to share my grief with others.

READ: Executive Producing Your Own Goodbye

I don’t have an explanation for it. I would have made a movie no matter what. It’s what I’m driven to do. This was the subject at hand.

I’ve done interviews these last few years on the “personal subject matter” of the movie. The questioner will tread lightly, allowing me to say as much or as little as I want to. There’s an understanding that this movie was somehow therapeutic for me. That it was healing.

Here I have to pause and say that I’m still trying to figure out what healing from loss means. I have a strong suspicion it doesn’t really happen, at least not all the way.

Here’s what I know: my dad is still dead. What else is there?

A couple months after my dad died, a friend told me over the phone that I couldn’t let this define me and I would have to get over it someday.  I hung up on him.

Now I have social media images that I adapt for each screening, usually a photograph of my movie family on a dock with film festival laurels and quotes from reviewers. I am marketing the experience of my grief. It doesn’t get weirder than that. And yet I have to, if I want the movie seen. 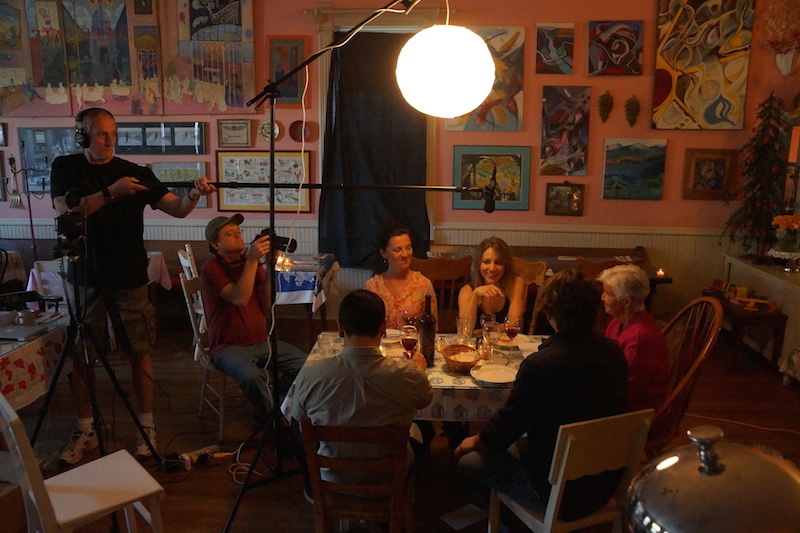 Recently after a screening, a woman came over to tell me how much she loved the movie. She then gestured to another woman not far off and said, “My partner loved it too, but she can’t talk to you or she’ll start crying again.” There was a moment of silence and then I said, “Oh, I understand.” In every audience, there is someone walking around with a wound similar to mine, just a different shape.

Expressing loss through art didn’t change anything about the loss of my dad. The wound is still there; it’s just exposed up on screen now.

Instead, my life changed and my dad is not here to be a part of it. Making this movie opened up a world of beautiful friends who will never meet him, who might think of him with sorrow because the movie is an expression of sorrow, rather than knowing how hilarious and fun he was. My dad was the life of the party and he loved movies. If he’d been around, he would have held the boom pole, he would have helped set up the wedding scene. He would have loved making a movie.

READ: Had I Sealed My Father’s Fate?

One of my favorite days of our shoot was the wedding reception scene. More than fifty local extras in Door County came out to an old town hall and danced to a blues band and ate white Costco cake on paper plates. I filmed about half of our footage and in some of the outtakes you can hear me laughing as the camera moves through the dancers. I’m laughing because I can’t believe we pulled it off, this movie. I’m laughing because it’s one of the greatest moments of my life.

So now there’s a movie version of losing him. I edited it together. My boyfriend composed music. We fixed up the sound and the color, created a website and social media accounts. In the end, it fixes nothing. The movie inspired by my dad is separate from him. Instead, it’s mine and ours, the community that made it. It’s a quiet and strange feeling sometimes, that gap.

So, here we are, my family and me, continuing on with our lives. I’m writing a new script. We just passed our eighth Christmas without my dad, my mother is contacting him with jewelry, and the merchandise for the movie inspired by him is piling up.

Rebecca Weaver is a writer/director/actor raised in Wisconsin and living in Los Angeles. Her first feature film, June Falling Down, is currently playing at film festivals around the country. Visit SilverLeafFilms.net to learn more about her work.