A Day for Lovers, Without Mine

On my first Valentine’s Day without Evelyn, I spent hours paging through old photographs. Those pictures speak to our love and her resolve, but they don’t tell the whole story. On my first Valentine’s Day without Evelyn — 10 months after her death — I cut a rose from the yard, select a See’s chocolate to eat on her behalf, and buy a red alabaster stone in the shape of a heart; it fits in the palm of my hand, and I hold it tight. Evelyn loved Valentine’s Day. She baked sugar cookies with red sprinkles; we exchanged cards; in the evening we’d go out to a favorite restaurant or make something special at home. This year there would be no cookies, no special meal, and the only card is the one she gave me last year, two months before she died.

Yesterday, I wasn’t sure if I would read it again, knowing it could hold an emotional landmine. Today I take my chances:

To my Sweetheart on Valentine’s Day.

Always remember – I love you.

You make me very happy!

With a sigh, I clear away the breakfast dishes and continue my ongoing chore of reorganizing the house for the living of one instead of two. I find a box of photo albums in a back closet from Evelyn’s childhood. Then a second box of pictures from college and early adulthood. A third box from our marriage. Thirty-two albums in all. I sit down and begin paging through them. 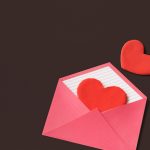 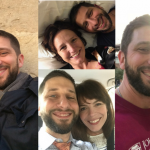 My Guide to Finding Love After Loss 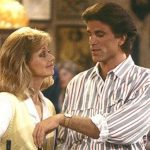 What Triggers Me Isn’t What You Think It Is

Here is Evelyn in her Brownie uniform. Singing Yum-Yum in her high school’s production of “Mikado.” Teaching a student with developmental disabilities. A photo of Giff, a friend Evelyn comforted as he was dying of AIDS. And a photo taken as she recovered from Candida — taken the day she stepped outside for the first time in months; I can see the light that had returned to her eyes.

I find photos from the extended trip we took to Great Britain. We’d been dating only six months at the time, and I wasn’t sure this was a wise idea, being together nonstop for five weeks. It was risky. It could break our relationship. But she understood something that I did not see. In the photo of us riding horses over the Gower Peninsula in Wales, her caption read, “The Zorba in you took a chance.”

There are photos of our first date at a movie theater on Solano Avenue, a summer picnic at Point Reyes on the cliff overlooking the Pacific Ocean, and the surprise candlelight dinner I cooked for her last birthday, not knowing it was her last.

I can’t stop. I keep looking at photographs until evening, take a break for dinner, and continue.

These beautiful, cherished pictures don’t show everything, though.

There are no photographs of when we were sad or frustrated. These albums don’t document my exhaustion at keeping us afloat during her illness. While the good times kept us going, it was our struggles that drew us closer and taught us to lean on each other when we felt defeated. I don’t want to forget any part of our life together.

Since the day Evelyn died, I’ve struggled to move beyond the shock, anger and despair. Ten months on, the edges of grief have dulled. I’m able to function. But the world has gone mute and numb.

The albums, scattered on the floor around me, have reignited the fires of grief.

I stare at the last photograph taken of my love, the black-and-white cast photo from “Quilters,” the play she was rehearsing when she died. In her eyes I see her belief in the unseen, and the strength to endure what was to come. I see the woman who loved me on Valentine’s Day, and all the days of our life, loving me through everything.

Mark Liebenow’s essays and poems on grief have been published in numerous journals. His book on going to Yosemite to deal with grief, Mountains of Light, was published by the University of Nebraska Press. His grief blog is widowersgrief.blogspot.com. He’s on Twitter @MarkLiebenow2.