My Dead Husband, the Serial Adulterer 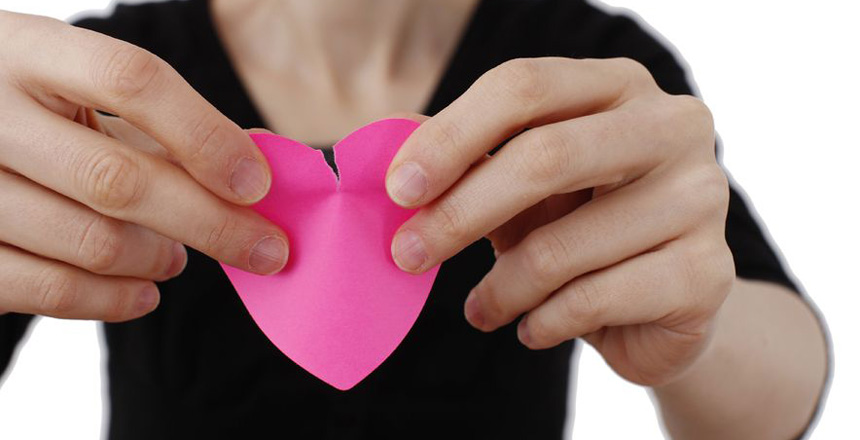 This is my confession. It’s long overdue, yet my fingers are itching as though I was allergic to the words I type: I was with a man for five years, and married for two of them. We lived in South Florida, where Max* was an instructor for the nation’s largest scuba diving school. His students routinely traveled from far-flung places to complete high-level certifications.

On Thanksgiving morning in 2005, Max went diving with friends at a popular spot near Ft. Lauderdale. I waited for him at home, passing the time chatting on the phone with friends and family, and sipping my first eggnog latte of the season. All the while, something was going horribly wrong for Max some 200 feet below the surface of the Atlantic.

The knock on the door surprised me, as did the appearance of Max’s boss, who rushed in and asked me to sit down. He had something to tell me: “There’s been an accident. I don’t know how bad. We need to go to the hospital — now.”

I remember saying “no!” very firmly, standing my ground and then collapsing onto the couch.

During the breakneck drive to the hospital, I frantically called both my parents and Max’s. My mind raced with terrible “what if” scenarios. By the time I arrived, my husband was lying on a stainless steel table, purple and bloated, water dripping onto the floor from his wetsuit. Minutes earlier, he had been pronounced dead upon arrival at the hospital.

His death certificate would eventually read death by drowning. But that declaration didn’t even begin to answer my questions about the complexities of what went wrong.

Every moment of the early aftermath is burned into my memory in slow motion. Family, friends, the diving community and strangers showed up to mourn Max. In the depths of my despair, their presence lifted me up.

But many of the people don’t know the full story.

A curious thing happens when someone dies. Secrets that have been bottled up for too long erupt like a cancerous tumor gone undetected for years. A rumor here and text message there leads to your friend calling one day to ask, “If I heard something really bad about Max, would you want to know?”

“Yes,” I whispered, then promptly threw up.

The “really bad”: Max had many — I mean, many — girlfriends during our five years together, from short-term flings with women from his past to long-term relationships with scuba students. Turns out he was what you could call a “professional dater” who happened to get married.

The truth hurt more than I thought possible, but not knowing was unimaginable to me. And still is.

Yeah, I know. You’re asking yourself, “How could she be so stupid? How could she not have known this was happening?” Excellent questions, dear readers! I have asked myself the same ones ad nauseum. But here’s the thing: Most cheaters are caught due to a change in behavior. With us, there was no perceivable change. Max dated the whole time. Add in his frequent work travel, his convenient underwater excuse for not answering calls, and the fact that this happened in the days of relative privacy before the era of social media, and my shock is relatively understandable. Also, I was a trusting wife. Silly me.

I’ve never before spoken publicly about Max’s busy dating life. I’ve never told his family; they’ve already suffered enough. Until now, it has been a topic I discussed only privately with my closest friends and family.

My therapist called my grief process “complicated.” Hello, understatement. For the longest time, I was furious with Max. I wanted to scream and kick and make him answer for his actions. I even imagined him coming back to life, just so I could punch him in the face.

But I had no outlet. No way to ask him why or how he could do such a thing. On top of that, I was surrounded by a community in mourning. I gritted my teeth to make it through one well-meaning conversation after the next. While all of the things I wanted to say were true, let’s be honest: It’s not exactly kosher to speak ill of the dead.

But just because someone is dead doesn’t mean they didn’t suck. There. I said it.

It took me six years to forgive Max — a timeline I am both ashamed of and proud of. Ashamed that I carried the anger for so long, and proud that I was finally able to lay it down.

I have come to the conclusion that Max’s cheating was about Max — and that it had nothing to do with me. My interpretation: He was seeking other women to fill a void inside himself, because facing his demons head on was more than he could bear. Since first hearing about his infidelities, I have recognized that Max was battling his own life issues and I happened to be a casualty of all that. Now, my anger has vanished, supplanted by sadness for Max. Letting go of my anger was the best decision I could have made, especially for myself.

As I wrote this, grief washed over me. I mourned him all over again, smiling through the tears as I remembered the absurd things he would do to garner a laugh. And I recalled the last minutes we spent together that Thanksgiving morning before his dive. I woke up very early with chilly feet, groggily shuffling into the kitchen and he gladly found me some warm socks fresh out of the dryer. Now that I have forgiven Max, I am ready to forgive myself for trusting him and for taking on the shame of the infidelity in the aftermath of his death.

This confession is a major milestone for me. It’s an opportunity to lay down my shame and guilt, two very heavy burdens that weren’t really mine in the first place.

*The name of the deceased has been changed.

Robyn Woodman lives and works in the Pacific Northwest, which means she drinks a lot of coffee and owns her fair share of scarves. When anger and blame weren’t the answers to the grief she felt after her husband died, she turned to meditation. These days, Robyn is fully entrenched in the health and wellness field. You can find her breathing deeply in a meditation retreat, sweating it out at a Pilates class, or planning her next trip abroad.