After my husband died, my best girlfriends didn’t know what to say to me. But their presence was more important than their words.

Three weeks after my husband Kaz died of cancer in 2011, my childhood friends Lee and Jen (forever “The Girls”) came to visit me in Los Angeles over Memorial Day weekend.

The last time we’d all been together was Jen’s post-elopement party in New York City nine years earlier. Before that, it had been Lee’s first wedding in the Philadelphia suburb where we’d all grown up, survived middle and high school, and played in an all-girl rock band together. Universities and marriages sent us in different directions, but this weekend, the last of my Bereavement Leave, they strutted into the apartment with their suitcases and purses, dumping everything summarily on the living room floor, practically in the same spot as Kaz’s hospice bed had been. 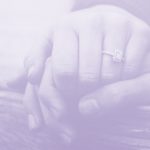 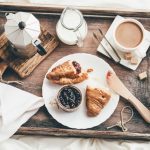 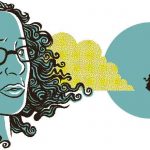 Saying I Do, and Saying Farewell

Maybe it’s a trick of the mind to believe we’re always young, but to me, The Girls looked the same. Lee was a pale, curvy blonde, and Jen was a pale, long-limbed brunette. Only when we laughed did the faintest of crow’s feet give away our collective 120 years.

“Can I smoke in here?” Lee asked. Normally, I would have said no, but that weekend, I hardly cared.

“How are you doing?” Jennifer asked.

“No, it’s okay. I just can’t put it into words exactly. All I know is I’m really glad you’re both here.”

Several bottles of wine later, the apartment shook with laughter. Remember the time we got high with those guys backstage and played our second set in slow motion? Or the time our bassist locked herself in the bathroom during rehearsal, upset about something none of us could now remember? All those times we fought and made up, the boys we crushed on, and days we cut school (except for Jen, the straight-A student)? Had we really been friends for 28 years? It felt like three lifetimes ago.

Alone in bed later, I stared into the darkness. When was the last time Kaz had laughed? I closed my eyes and tried to remember what it sounded like.

Morning brought strong coffee and a hike up to Griffith Observatory, where I showed The Girls the corner of the veranda where Kaz and I had married just five weeks earlier. It was the first time I’d been there since. The Girls asked if I was okay. “I’m fine,” I answered, and wondered why I wasn’t more emotional.

The next day, Lee left to meet some record producer, and Jen and I hiked through the majestic mountains of Malibu Creek State Park all the way to the old “M.A.S.H.” set.

“What are you going to do now?” Jen asked, perched on a log beside me.

“No idea,” I said, gazing at some birds taking off in the distance. “You’re not, but could you stop apologizing for everything?”

Something in her voice triggered a memory. For months after my mother died 18 years earlier, Jen had sat in her college dormitory hallway listening to me sob on the phone.

“It feels like I’m on the edge of a cliff,” I finally said. “I know the only way forward is to fall. But I’m really, really scared.”

I didn’t look at Jen, but heard her sigh. Then she put an arm around my shoulder.

Dinner was at a French bistro where Kaz and I had eaten in March. How strange to now sit here with The Girls, and what a relief to let them talk and laugh and not have to do or say anything. The Girls knew me in ways even my own family didn’t know me. And now I knew things The Girls hopefully wouldn’t know for many years to come.

When I drove them to the airport, we vowed to get together again soon somewhere between the East and West Coast. What would that be, Kansas? It didn’t matter.

The next day I drove by the tall palm trees and fake New York streets of the film studio where I worked. Every time someone came over to hug me and ask how I was doing I wanted to scream. By 5:30, I was hiding in a bathroom stall.

When I came home to the empty apartment the silence felt like a slap in the face. I started to sob. Then, on the coffee table, I noticed a photo booth picture The Girls and I had taken at Venice Beach the day before. They had kept the wallet-sized versions and insisted I keep the larger print, which was outlined with a ladybug motif. Still sobbing, I picked up the photo of our three smiling faces and walked over to the refrigerator. With a magnet, I stuck it next to a smiling picture of Kaz.

Niva Dorell is a filmmaker and freelance writer currently based in Los Angeles. She is working on a memoir of her experience as a newlywed/widow, and writes regularly about grief, writing and her dog at www.ridingbitchblog.com. Follow her on Twitter @nivaladiva,