My high school boyfriend and I lost our respective spouses just months apart — and reconnected over our grief. I would like to be able to say that we fell back in love and lived happily ever after. Something else unfolded. 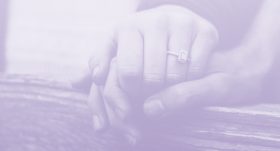 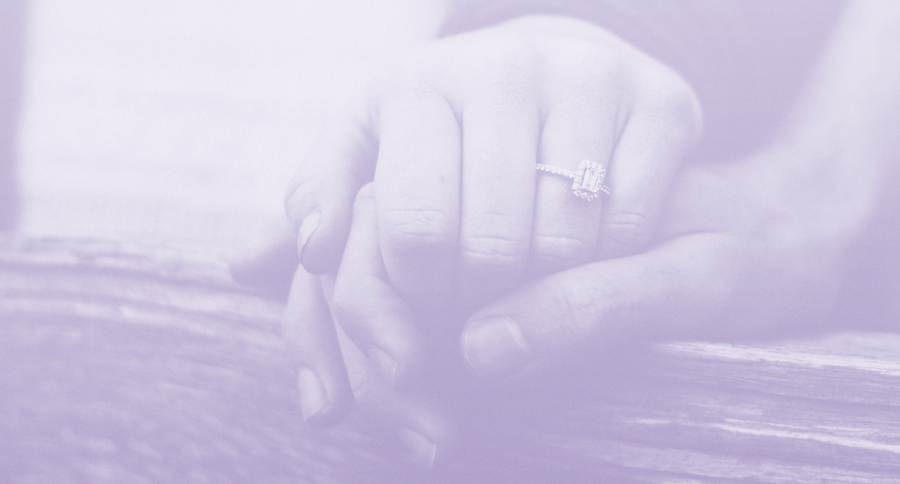 They had white, cream, pink and gray, but no lavender. I was standing in Target, the third store I had been to that day in search of sheets in the perfect shade of lavender to match my 10-year-old daughter’s new duvet. I stood there staring at the sheets, willing the lavender to appear.

Just then my cell phone rang. It was my first boyfriend, my first love. He would occasionally call on my birthday or another special occasion, but today was not my birthday — so why was he calling me? I was not in the mood to talk; I had the matter of the bedsheets to deal with. I answered anyway. I soon learned the reason for the surprising call: He wanted to tell me that his wife had cancer, and the prognosis was not good. We spoke for a long time. He told me how they discovered the cancer, how he felt when the doctor told them the news, and how they told their kids. 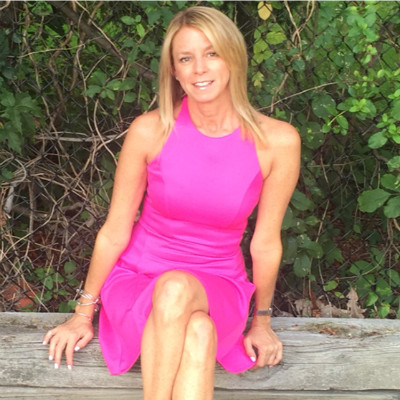 Stacy Feintuch (Courtesy of the author)

I walked out of the store without any sheets, realizing what a ridiculous thing I had gotten frustrated about just minutes before. Now I felt only gratitude for the well-being of my family.

Little did I know what life had in store for me.

Only three months after that phone call, my husband went out for a run. When he came home, he had a sudden heart attack and died almost instantly.

My old boyfriend called me when he heard the news. We spoke for a long time that day. He was the first person I had talked to that seemed to understand. I told him how lost and alone I felt, and he got it. His wife, after all, was dying.

Soon we were in constant contact. The closeness we’d shared all those years ago as a couple made us feel comfortable leaning on each other. We spoke a lot about our sadness, but we also talked (and laughed) about other things, especially our respective children. He even told his wife that we were speaking and it made her happy. She said that we needed each other.

I was still grieving when his wife died two months later. Grief bonded us. I don’t know if I could have gotten through that time without him, and I believe he feels the same way about me. I would like to be able to say that we fell back in love and lived happily ever after. That would have been a great story.

We didn’t. We discovered that we had become two different people in the time since we were teenagers. What we felt for each other was friendship. A very special friendship, one of the best ones I have ever had. But there was no romance.

READ: A Widow and her Galentines 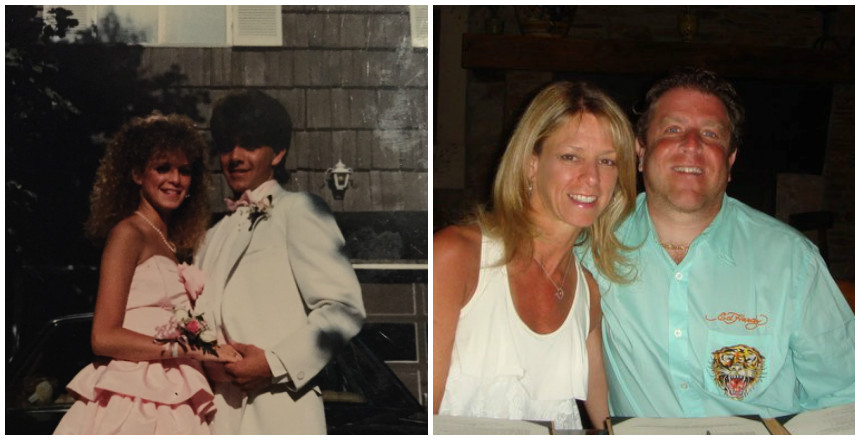 Stacy Feintuch with her ex-boyfriend, and with her late husband (Courtesy of the author)

But love comes in many different forms. The love my first boyfriend and I now share with each other is as dear to me as any romance with him could have been. It has been more than five years since my husband and his wife died, and we remain best friends. We no longer speak every day  — we don’t need to anymore.

It would have been hard to imagine back when I was 17 that my first boyfriend and I would, years in the future, go through parallel tragedies, let alone at the same time. Sometimes I think it is too coincidental to be believed, yet I hesitate to say it was meant to be: How could such sadness be meant to be? I wish neither of us nor our families had to suffer the way that we have. But during the most difficult time in both our lives, we had each other. We still do.

Stacy Feintuch blogs at www.thewidowwearspink.com and has been published on Scary Mommy, Mamalode, Sammiches & Psychmeds, Kveller, and Her View From Home, and has been featured on TODAY Parents. You can find her on Facebook at The Widow Wears Pink and on Twitter @stacyfeintuch.