Had My Dog Come Back as a Squirrel?

My beloved beagle died, but he still seemed to inhabit our yard.

By Carrie Friedman and Rebecca Soffer 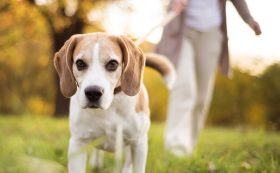 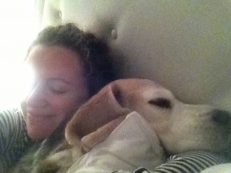 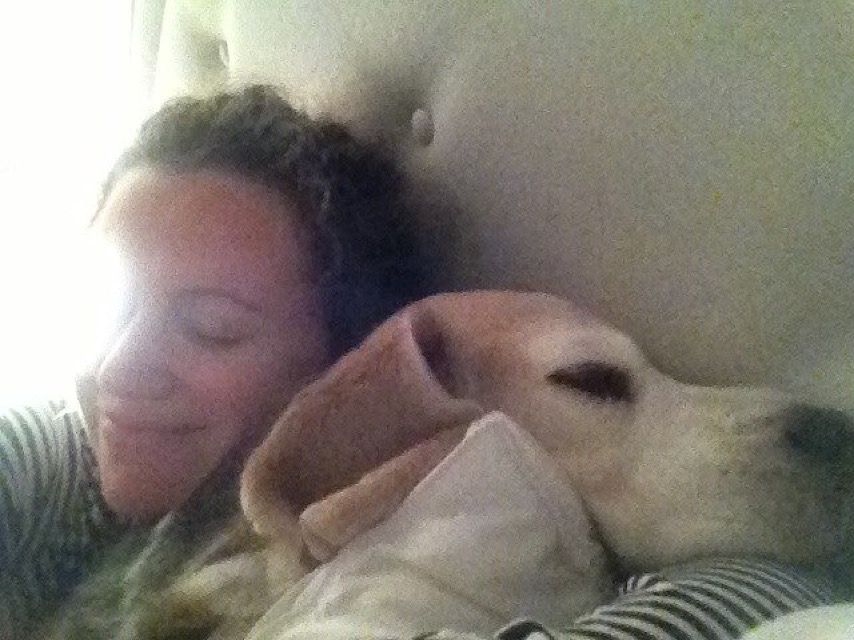 The author and Bo (Courtesy of Carrie Friedman)

I am fairly certain my beloved dog, Bo, has been reincarnated as a squirrel who watches us through our windows and would happily enter our home if invited.

After our beagle died at age 11, in September, I took to my yard the way some take to their beds. I sat outside watching the sky change, hoping it would calm me. It didn’t. I felt the wind blow, expecting it to comfort me. Nope. I cried through whole days while missing Bo. I slept less, and I longed for him. After all, for more than a decade, he had been my comfort through grief.

Not long after he died, I went to a friend’s dinner party and spent the night under the table, spooning her springer spaniel. On my walks to the coffee shop, I buried my head in the fur of any dog whose owner would let me. I talked to each dog the way I spoke to my own: Hello, old friend. How’s your life going? Are you getting enough treats? When was the last time you brushed your teeth? Some owners smiled at me with discernible pity or fear. One crossed the street, making me realize I am a crazy dog person with no dog. Which means I might just be crazy.

READ: My Sister, the Fly

I took my children to a petting zoo at a pumpkin patch. We brushed and pet goats and bunnies but it wasn’t the same, wasn’t enough. We loaded our car with pumpkins, big and small. For all ten of his Octobers, Bo would rearrange pumpkins in our yard daily (rolling them with his snout in most cases) as if he were a landscape designer who couldn’t quite get the feng shui flow to his liking. We’d find the pumpkins in the strangest places — places that defied gravity and belief: in our hammock, on the stair rails.

I’d always end up outdoors when I thought about him. I sat on the stoop, watching life go on. My daughters arranged the pumpkins in each of the corners of our backyard. The birds still chirped, the wind still blew. The squirrels performed high wire acts on the telephone lines. They clicked at me. I clicked my tongue back.

Bo killed a squirrel once. I saw him heading toward our doggie door, about to come inside, with what appeared to be a giant grey handlebar mustache: the dead squirrel in his mouth. I raced through the kitchen in time to shut the doggie door. So he buried it and came back into our house squirrel-less, his once-white face black with soil, a proud swagger to his strut.

I go to bed earlier and earlier, right after my young children.

One day in the middle of November, I spot a baby squirrel outside. He is so small he could be a chipmunk but for his grey coat and white stripe down his back. I watch as he paws at one of our smaller pumpkins, which is almost as big as he is, then rolls it to a different spot in the middle of the lawn. He doesn’t eat it, he just places it there. The next morning, that same small pumpkin was on the roof of our garage. The day after that, I caught the squirrel peering through our french doors at us, especially interested in our kids, following them with his tiny brown eyes. Bo always saw the kids as his pack members.

READ: Pet Loss Is Peculiar. Animal People Get It. Others, Not So Much.

“I think Bo came back as a squirrel,” I told my husband a few weeks later. I explained about the window and the pumpkin, how he isn’t scared of us, how he chased bubbles the kids were blowing yesterday. My husband had reasonable explanations for all of it. But then he laughed. “Wouldn’t it be perfect? He relentlessly stalked squirrels for 11 years and then through some kind of karma gets reincarnated as one?”

I laughed too, but didn’t say what I was really thinking: Can we have this squirrel as a pet? I had begun seeing a therapist. I told her about the squirrel. She said: “It’s this sort of thinking that gets the brain — and the heart — through its toughest times.”

“So my imagination created the squirrel?” I asked.

“There may be a squirrel,” she said, “but as grief crystallizes and hardens, sometimes magical thinking is the only way to survive for a bit.”

I return to my yard. The sun feels nice on my face. The little squirrel has no fear, comes within two feet of me now. I click at him, he clicks back. I clicked at my human children yesterday, accidentally. I might become the Jane Goodall of the squirrel world. I might be okay with that.

The day Bo died, I rested outside with him on the grass, petting him and singing the song I made up for him when he was a pup. Now I sit outside and sing to the squirrel, enduring but not loving these winds I can’t control.

Carrie Friedman is a freelance writer living in Los Angeles. She has been published in The Washington Post, the Los Angeles Times, Newsweek magazine, and more, and is honored to be featured in Modern Loss for her first time.