We laughed, we cried, it was better than ‘Cats.’ 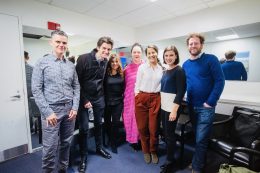 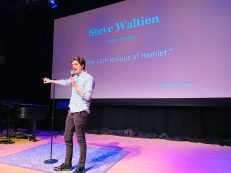 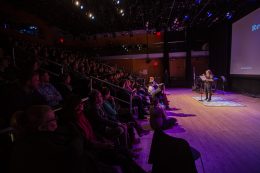 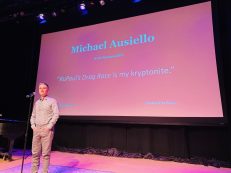 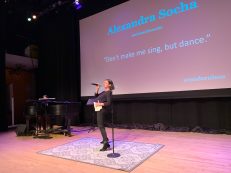 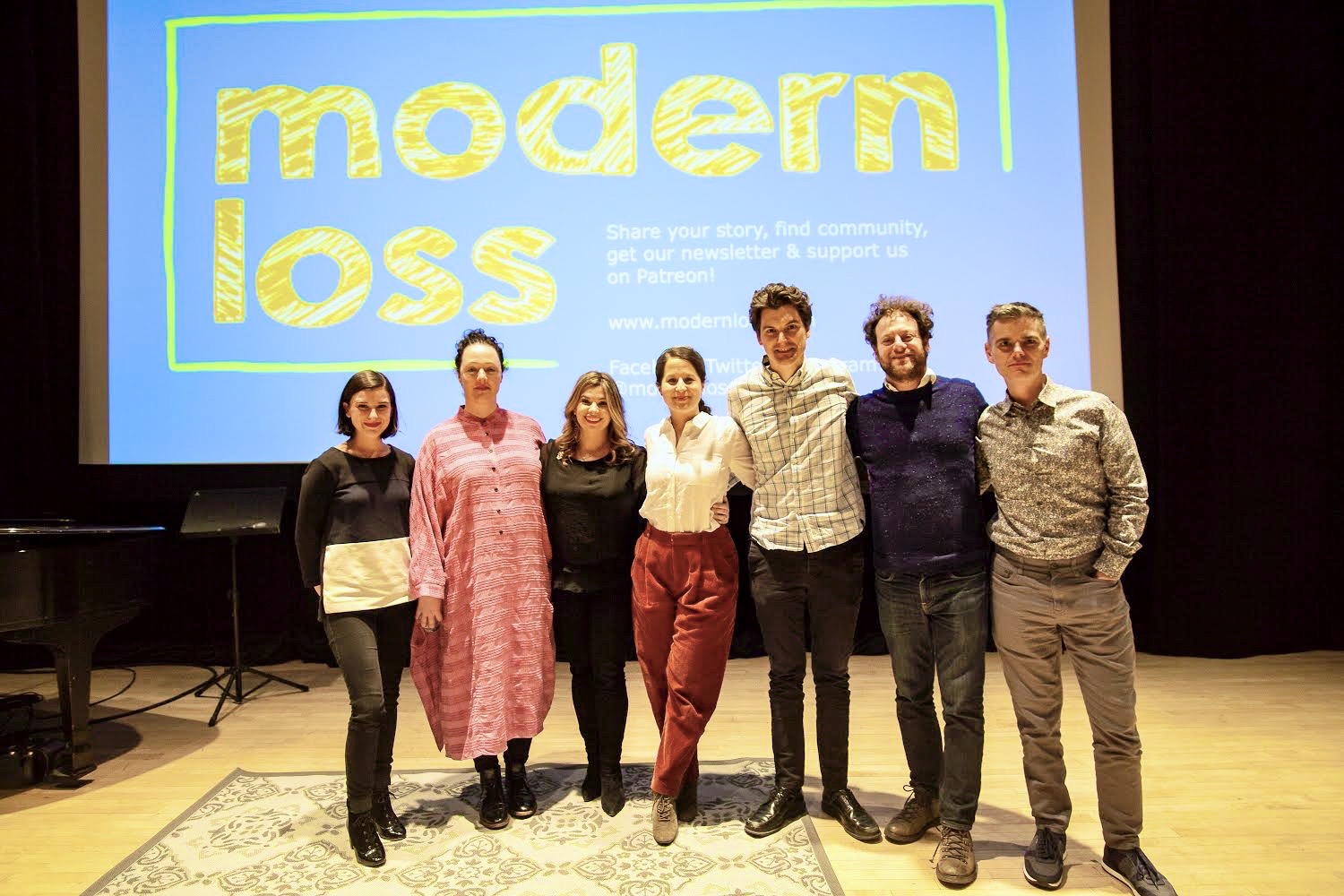 On November 6, I had the absolute pleasure of emceeing a powerhouse lineup of writers, comedians, composers and actors who took to the stage for an evening of community and candid, Six-Word Memoir-style storytelling about the long arc of grief — the good, the bad, the ugly, and even the hilarious. And they did it in front of a sold out crowd of 225 people at the Marlene Meyerson JCC Manhattan.

It’s no small feat to find people, particularly noteworthy ones, who will say, “Sure, I’d love to reveal some of the most vulnerable experiences of my life to a crowd of hundreds!” And, to be honest, finding those people who will agree to such a thing can be a delicate, lengthy and nerve-racking process of research and just plain old working the connections. But when they do, something magical happens. When we share our stories with utter honesty and even a healthy dose of fear, we end up pulling everyone else in. And that is how you start to erase the stigma surrounding grief.

This was the case with our six storytellers: authors Michael Ausiello (Spoiler Alert: The Hero Dies) and Glynnis MacNicol (No One Tells You This); Broadway and television actress Alexandra Socha; theatrical composer Ryan Langer; award-winning composer, singer and musician Shaina Taub, and comedian Steve Waltien (The Late Show with Stephen Colbert). Their various performances ranged from comedy acts to cabaret-style presentations, all of which started with a simple, Six-Word memoir (basically, sharing an narrowly-focused experience of loss in six words), then fleshing out the story for six or seven minutes. They cracked the audience open so widely that after the show, when we opened up the stage to a “six-word slam,” during which anyone in the crowd may stand up to share their six words on loss, seemingly half the room did so.

Over the years I’ve produced several Modern Loss storytelling events around the country, and they’re all impactful. But this was the first time experimenting with folding music and song into the program. It was a gamble. But the result was full of humor, comfort, unexpected surprises (let’s just say nobody entered the room expecting to hear a song from My Fair Lady!), and an evening that unequivocally proves listening to 90 minutes of stories stemming from loss can be as entertaining as any other event you’d deem worth your precious Wednesday night out.

Here are a few photos from the evening, but watch this space for more soon, including videos of the performances! 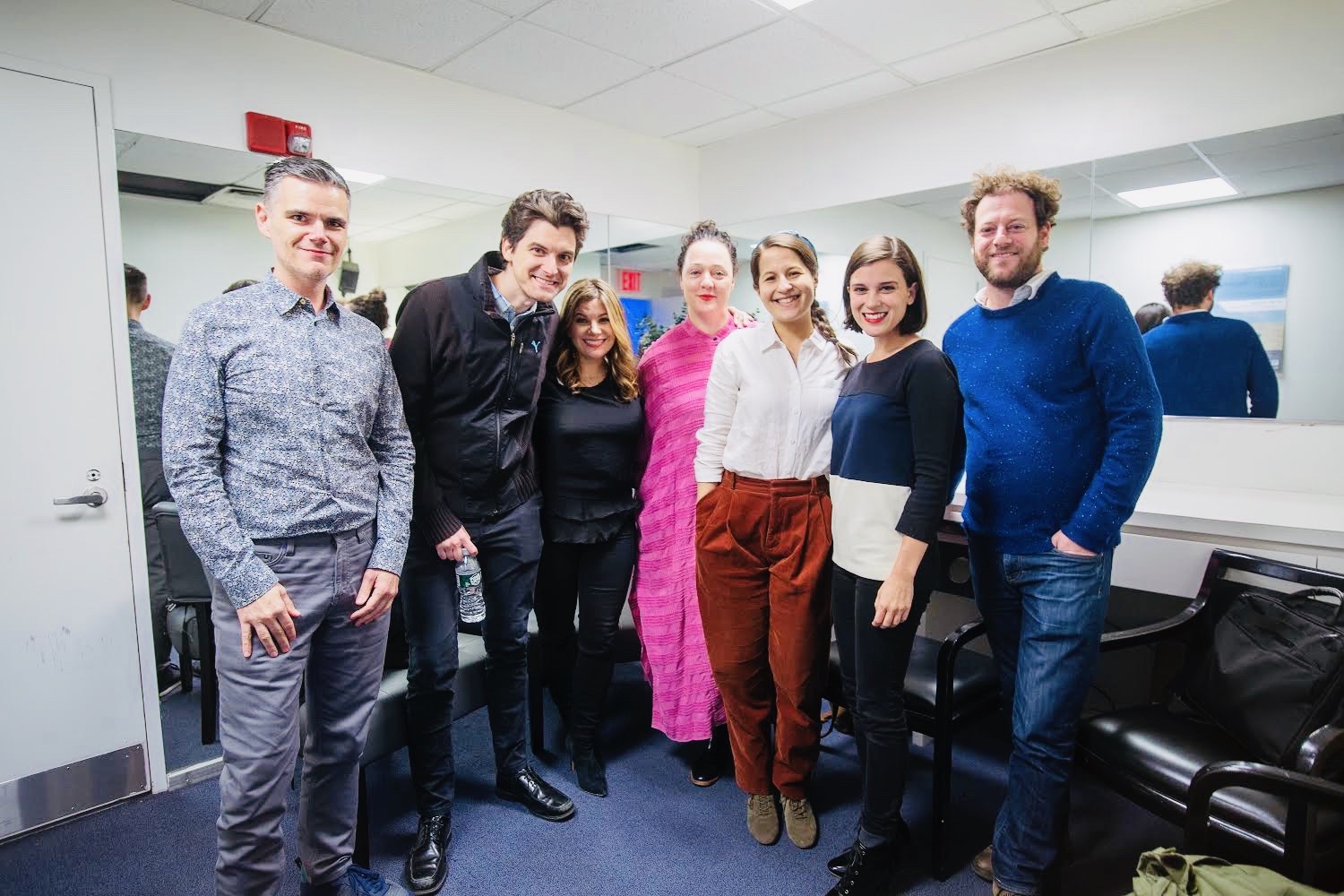 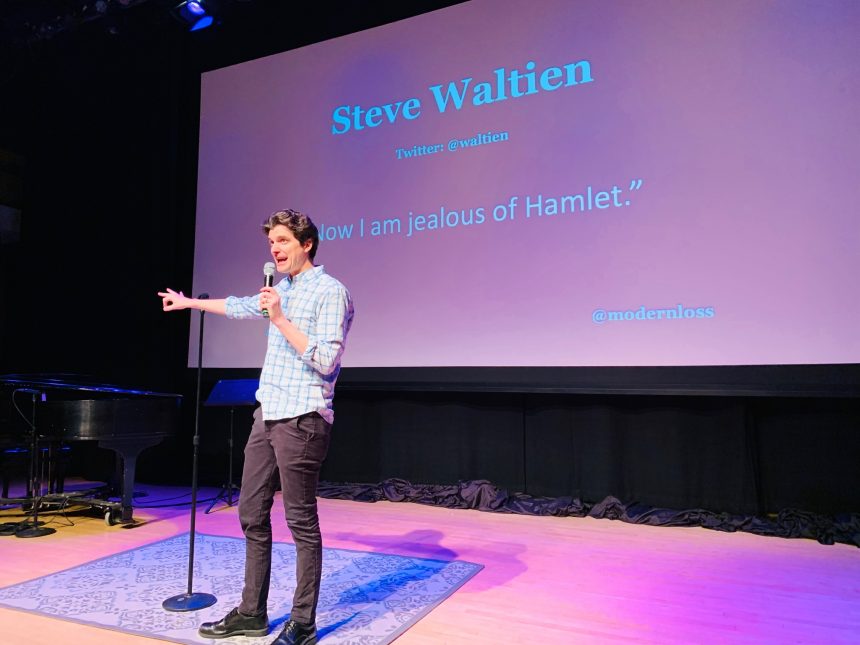 Improv comedian Steve Waltien (a writer for The Late Show With Stephen Colbert) looked to Shakespeare for inspiration after his father’s death. 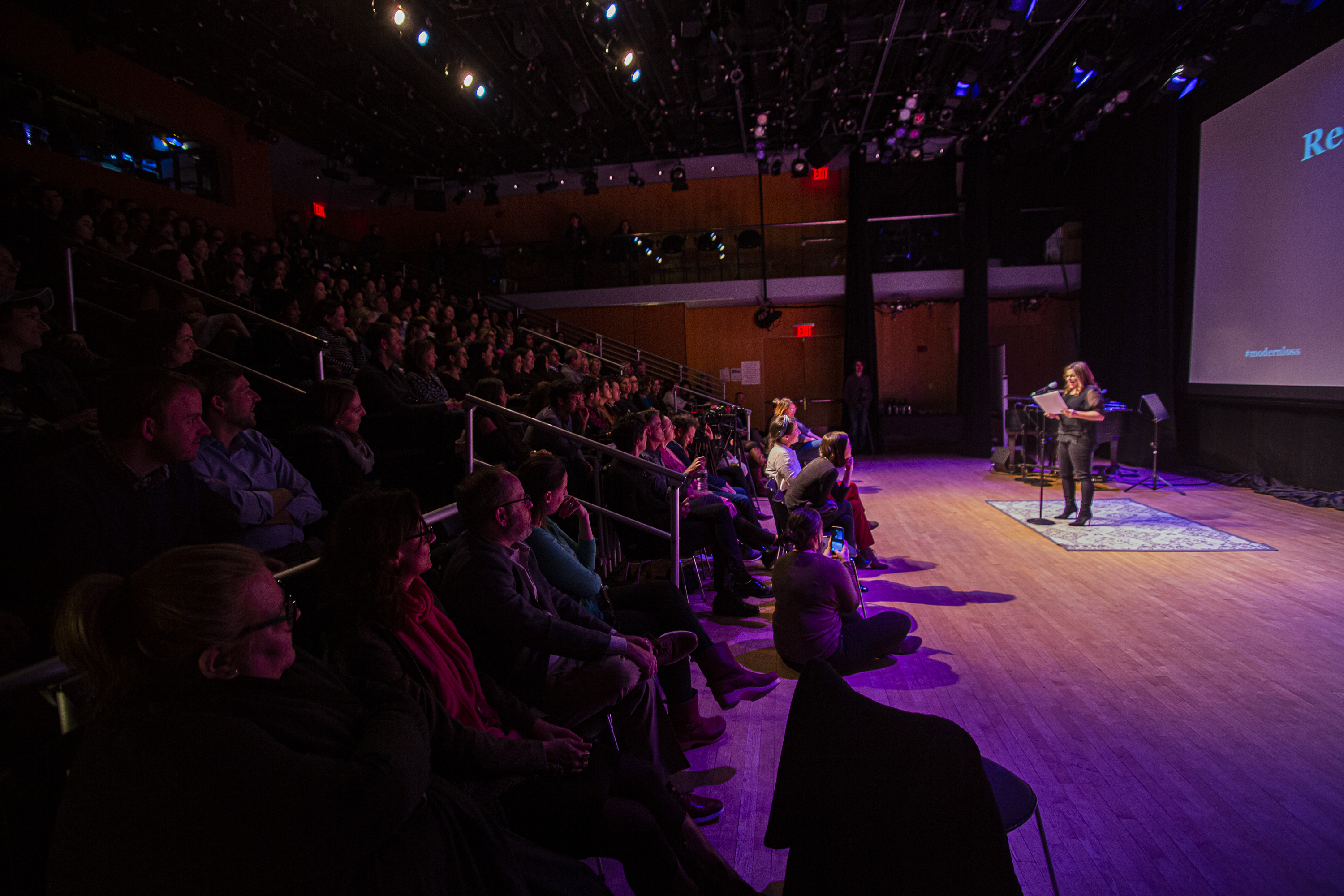 Rebecca Soffer hosts the evening in front of a sold-out crowd. 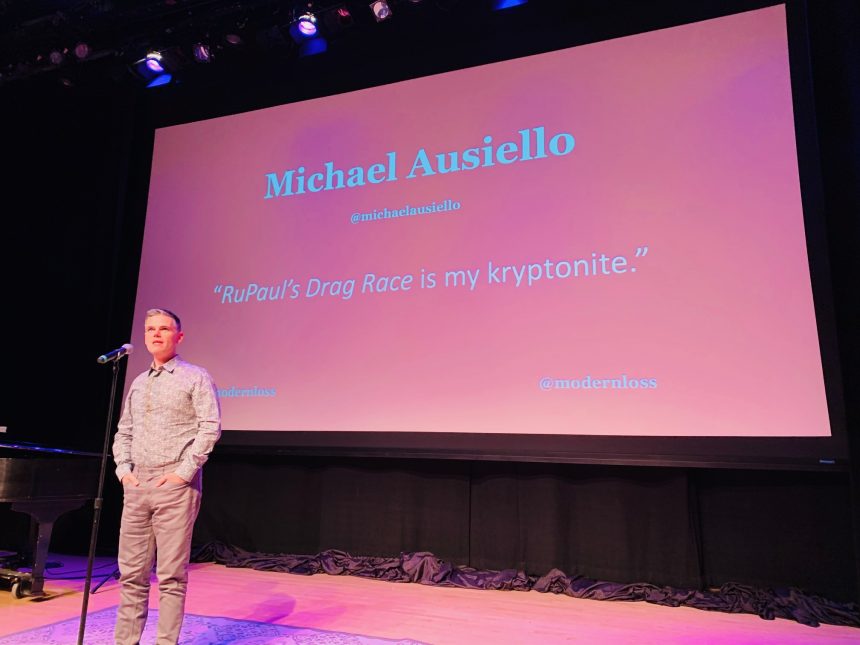 TVLine.com president and author Michael Ausiello goes deep into why he can’t bear to watch ‘Ru Paul’s Drag Race’ after his husband’s death. 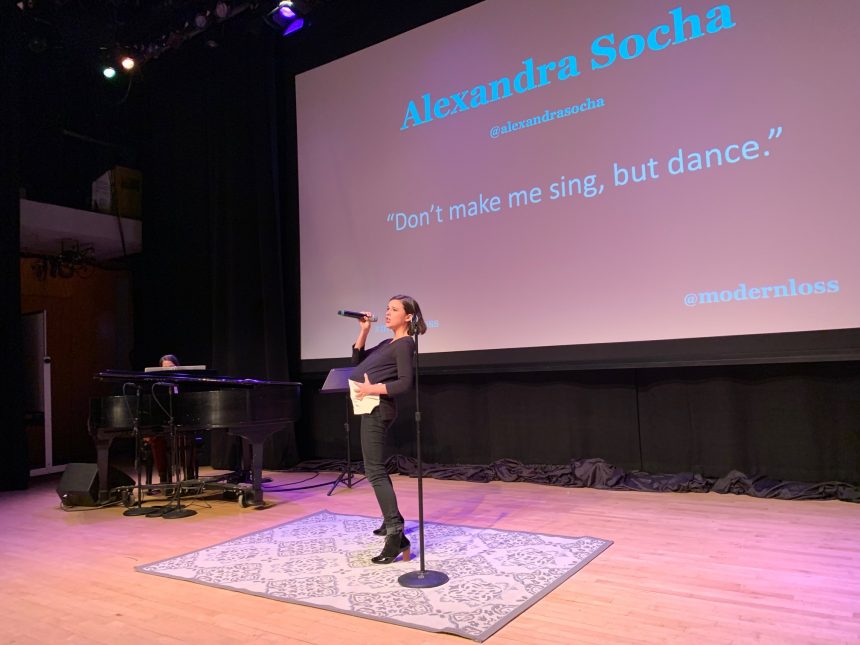 We won’t fully give it away, but let’s just say that Broadway actress Alexandra Socha is channeling her mother through one powerhouse song!