When the troubled woman who gave birth to my little boy died at age 31, I realized just how much I’d been riding on her imagined recovery. 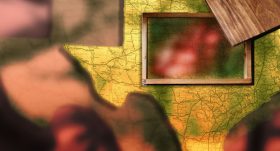 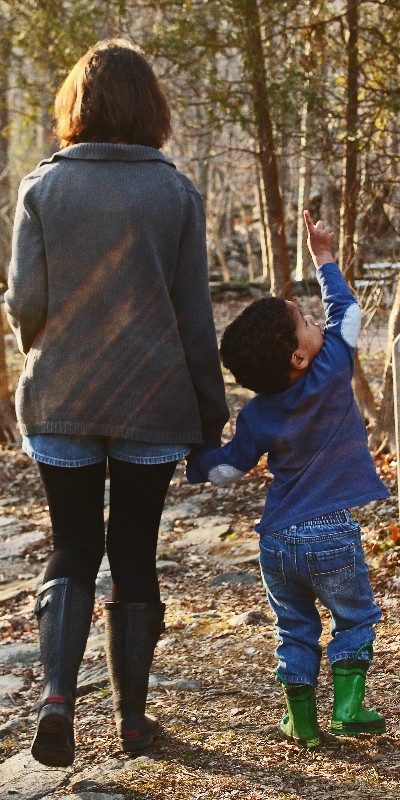 The author and her son. (Courtesy of Lisa Pierce Flores)

On the Tuesday afternoon before my son’s Thanksgiving break, I unzipped his backpack to find his latest batch of Pre-K projects — a leaf collage made of wax paper etchings, a headband in the shape of a black Pilgrim’s hat, a turkey traced from his small, outstretched hand. I gathered them together and placed them alongside similar toddler art in the box I keep in his closet.

Some day, I thought, I’ll share these with his birth mother, Rachel. She’ll be well enough, clean and sober enough, to go through them, hold them in her hands, and talk with my son about how special they are to her, how much she’s wanted to see him and all he’s been doing over the years.

A week later, though, Rachel had died in her sleep. She was 31. In the days following her death, we exchanged emails with her family, but don’t know much more than that. Certainly her many years battling drug addiction and poverty had played a part.

About three months after Rachel’s death, as my son emerged from the shower and looked down at his water-slick tummy, he pointed to his belly button and asked where it came from and what it was for.

He was only 4 at the time, and I guess I could have told him less, talked around the ghost in the room, but I was raised by a scientist and my parental go-to is to answer questions about the natural world with as much candor as possible. So I explained that his belly button is what is left of the cord that connected him to his “first mommy” when he was in her tummy. I told him that everything his first mommy ate came to him through his belly button.

I said “first mommy” because what 4-year-old knows what a “birth” mother is or what “biological” means? And to say “the woman who gave birth to you” feels like legalese.

“Aren’t you my first mommy?” he asked.

We’d been over this all before. But this was the first time it had come up since Rachel’s death. This time, he looked up at me expectantly, like he was waiting for the answer he would finally understand.

It had been a while since we’d approached this fraught patch of emotional territory. The last time he’d asked, “Where is she?” and I’d been able to say “Texas.” This time I would need to come up with a different answer.

But instead, for the first time he asked, “Did I ever see her?” And I was relieved to be able to answer “yes.” Then I told him about the day we’d taken him to visit his “first mommy.”

The day we finally met Rachel in person she was at least 100 pounds heavier than the slim young mother of four in the pages of the scrapbook she’d made for our son while she was pregnant. But we instantly recognized in her all of the features that our son is regularly complimented on — the same endless eyelashes, softly rounded cheeks and lips, the same Barbara Eden eyes, sly one moment and sad the next.

Her shoulders were stooped and she couldn’t raise her head from all the antipsychotic drugs she had been given during a recent stay in a mental facility. She blamed her weight gain on the meds. She told us she was sleeping in a storage locker.

Every answer to every question was delayed, as if she was swimming through some invisible fluid to try to reach us.

Then we allowed her to hold our son and she brightened. She told us what she knew of our son’s birth father, of her current living situation and the barriers to public aid that stood in her way of getting off the streets. But her responses didn’t make much sense. Her thoughts would begin traveling along one path of confused syntax before veering off onto another and never quite looping back again. Mostly she focused on the eight-month-old boy sitting on her lap, her face turned toward his, ignoring her surroundings, ignoring us. Who could blame her?

READ: Two Truths and a Lie 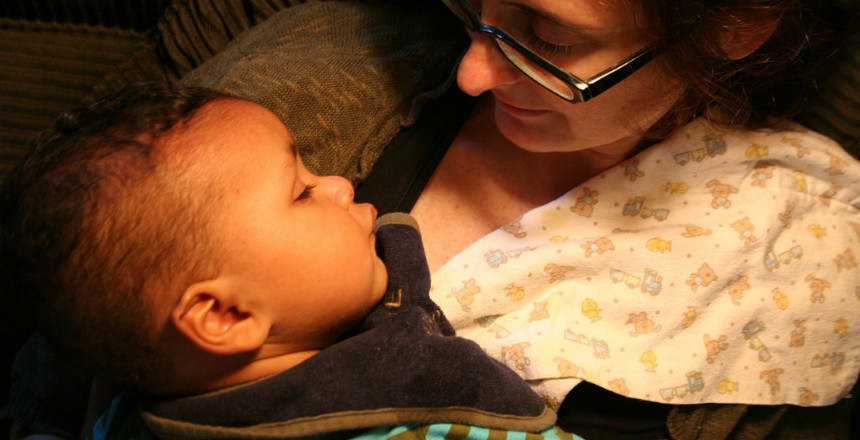 The author and her son. (Courtesy of Lisa Pierce Flores)

She had a black eye that day. Her current companion was abusing her. She told the social worker who arranged the meeting that she was not using illicit drugs anymore, but the social worker, who had worked with her over the years at a variety of social service agencies, was dubious.

When my husband and I pressed the social worker to learn if there was any way to get Rachel into an in-patient treatment facility or public housing it turned out that an outstanding bench warrant precluded her from access to any form of public aid, and the fine on the bench warrant, a few hundred dollars, might as well have been a million. We asked if we could pay that fine and we were told that we would have to give the money directly to Rachel, a move the social worker said would be less than useless. She said Rachel would surely use the money for the drugs she’d been taking throughout her pregnancy, the drugs that had left our son fighting for his health in the NICU the first two months of his life.

As I left that meeting I remember feeling dizzy, as if I were spinning in the chaos of Rachel’s gravitational rotation, in the chaos of the failed social safety net that should have been there to catch her, but that instead seemed to me that day like so many fragments swirling in a windstorm.

I didn’t tell our son all of this, of course. I said he’d met his first mommy in Texas when he was eight months old, that she had held him in her lap and that she had been so happy to see him. Then I held my breath.

What would I say if he asked if he could see her again? Or where she was now? I had no prepared answers. But he didn’t ask. The story of the meeting seemed to satisfy him. He pulled his shirt back down over his belly button and said he wanted to go outside.

A few weeks after Rachel died, my son brought home another backpack full of Christmas-themed handicrafts. I took them out one by one, like always, and started walking upstairs to place them in “the special box.” And then I remembered.

I sat down and spread them out on the dining room table and stared. Snowmen made of cotton balls, wobbly attempts at writing his name, construction paper Christmas trees decorated with paste-hardened bits of tissue. What should I do with them now, in this new world without her? Who was I saving them for?

I don’t think I had ever realized until that moment how much I had riding on my imagined recovery for Rachel. How much the ritual of placing things in the box was about my connection to her, my way of showing her that I was doing the best I could to mother our child.

Lisa Pierce Flores is a writing teacher and editor whose journalism, essays, fiction and poetry have appeared in The New York Times, Entertainment Weekly, The Forward, West Wind Review and Slush Pile Magazine. She is the author “The History of Puerto Rico” (Greenwood). She lives in Connecticut with her husband and son.

Tags: Adoption, It's Complicated, Parenting After Loss
Published on March 28, 2017