The Lucy Van Pelt of Loss It’s Saturday at 8 a.m., and my phone is ringing. From the other end of the line, my best friend provides an update on the latest installment of family drama after her grandfather died. This person is fighting with that one over how they are handling [insert anything and everything that comes to mind]. This person isn’t talking to that one and all you want to do is close your eyes and pretend it’s not happening. The story was a familiar one. I listen dutifully and we laugh at the absurdness of what happens to relatives when someone dies.

I’m at work and a woman who just lost her husband appears at my office door to confide in about how tough the upcoming holiday will be on her and her family. “How will I deal with the empty seat at the table?” she asks and “How will I hold it together for the children?” Holidays are hard, I respond, since sometimes the loss just hits you like a ton of bricks; other times, though, you’ll unexpectedly recall some holiday memory involving your deceased loved one, and find yourself smiling.

I’m at the hospital with my wife and her family talking to the doctor about how to make Grandpa comfortable in his final hours. “Make him comfortable?” What does that mean? They turn to me for guidance, saying, “You’re the expert. What should we do?” I explain that they will up the pain medication, his breathing will slow down and he will drift off peacefully. I’ve come to learn that “make him comfortable” is what all doctors say when nothing more can be done and death is imminent. 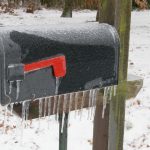 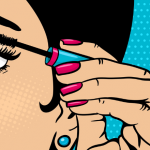 That Time I Had A Pre-Funeral Beauty Supply Store Meltdown

Usually I love being called an expert. After all, I’m a consultant and get paid to be the expert in the room. But this is the one time I don’t want to play that role. I’m viewed as one because my father died when I was 19 and my mother died three years later. I don’t think anyone ever wants to be known as the death and dying pro unless they’re a hospice worker or funeral director. For the record, neither of those will be career choices for me in the future.

I’m not an expert. I’m more like the Lucy Van Pelt of my group of friends. You know Lucy (even if you didn’t know she had a last name). She’s the one from the Peanuts gang who sets up her rickety lemonade stand with a sign reading “Psychiatric Help 5¢ — The Doctor Is In.”

I dispense advice that, for the most part, is worth its five cents charge. See, I believe even though the story of how someone dies is always unique to that person, there’s always commonality that helps someone feel less alone when the story is shared with someone who’s been there. It’s a club nobody wants to be part of but to which everyone, eventually, gains access. When you’re in the club, it’s your job as a member to help the newbies get through initiation. In my head all I hear is “I’m not just the president, I’m also a client.” It’s as though the Hair Club for Men could moonlight as an effective grief support group.

It’s so hard to find a silver lining to the experience of losing someone so close to you. But dealing with the loss of my parents at such a young age has given me the opportunity at so many different stages of my life to dispense advice. My parents died a few years apart, both from cancer (she says in a whisper), but in very different ways. My dad was diagnosed on April 1, which we all thought was a cosmic April Fool’s Day joke, and died a month later on May 2. He was a quiet, unassuming kind of guy, and that is exactly how he died. He died surrounded by his whole family. No fuss! My mom, on the other hand, had a two-year battle with the disease and died a slow painful death. She was in and out of the hospital, refused treatment numerous times, and had an on-again, off-again relationship with hospice. Unlike my dad, she waited to die till nobody was in her hospice room. As my mom’s primary caregiver, I learned to navigate hospitals, ERs, and hospice facilities at a very early age. This knowledge has served me — and my friends — well over the years.

Most of my friends have lost a grandparent, but so few have lost a parent. It’s a club I wish they didn’t have to join. But when they do, I’ll be at the stand, ready to give them my five-cents’ worth.

Donna Schwartz is the CEO of The Hilartz Group, which is a group of consultants specializing in marketing, fundraising and professional development. In her spare time, she enjoys traveling with her wife and spending sunny days outside at their pool.