The Lie We Tell Ourselves About Mental Health 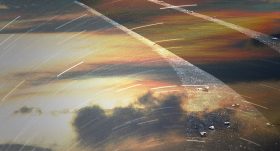 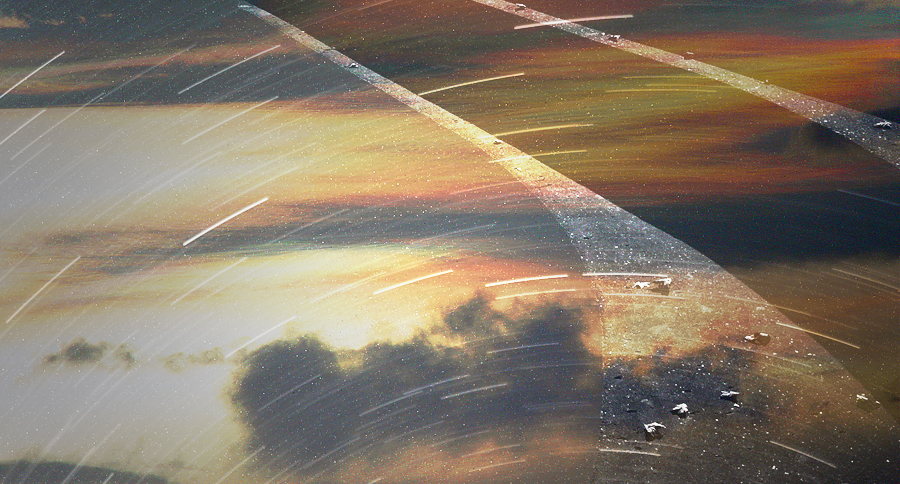 When I was a child, my mother often brought me and my siblings to a church-basement soup kitchen, where we served food to and ate dinner with people whose lives seemed very different from ours. It was the first place I met adults with no teeth and saw children who clung to their parents, living from shelter to shelter. Each time we left that downtown church and drove home to suburban Milwaukee, our mother would quote the bible, reminding us: “Blessed are the poor in spirit, for theirs is the kingdom of heaven.”

My mother capably raised all five of her children and then, when my youngest sister left for college, she had her first nervous breakdown. She cried for hours, and paced the house in an endless loop, starting at 4 a.m. Eventually, she was diagnosed with bipolar disorder and led us through years of turbulent ups and downs — sometimes held in check by medication, sometimes not. 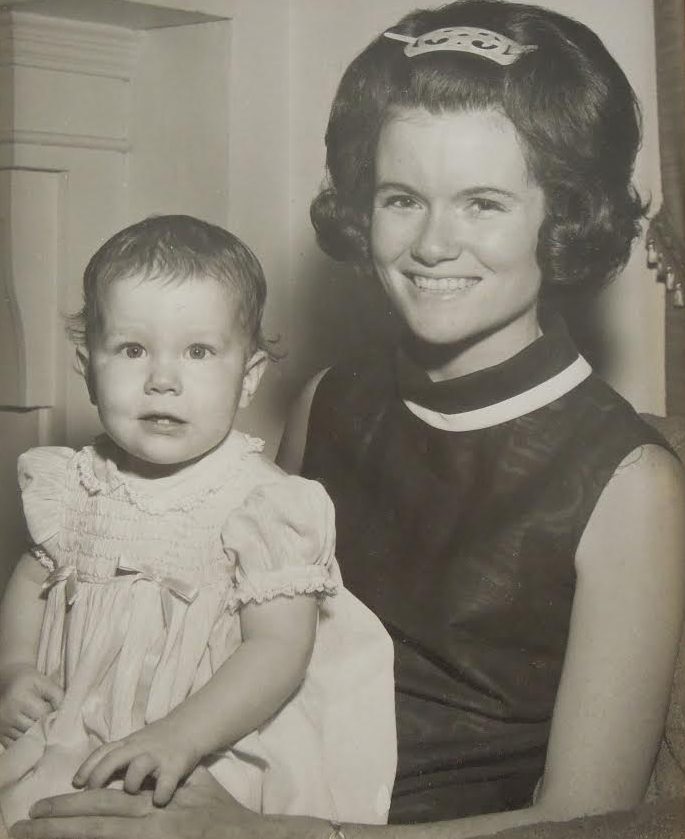 The author and her mother (Courtesy of Kelly Matthews)

The lie we tell ourselves about mental health is that there is a clear line dividing those who are of sound mind from those who are mentally ill. The truth is closer to the writer Susan Sontag’s observation that we are all citizens of two countries: the kingdom of the well and the kingdom of the sick. None of us is immune to anxiety or depression, and none of us can say we will never have a full-blown breakdown.

READ: Sixteen Years After My Brother’s Suicide, Keeping His Memory Alive Finally Feels Less a Burden — and More a Privilege

My mother had her last breakdown at age 67, when she plunged once again into depression, a darkness she dreaded. She was hospitalized in a locked ward, as had happened before, but was released because she didn’t seem to be a danger to herself. Afterward, she became obsessively anxious about food. She refused to eat and rapidly lost 30 pounds. I visited her in Milwaukee, determined to put measures in place to maintain her physical health until her dark days passed. I was equally determined to get her out of her apartment, where she spent most of her days pacing the floor.

On Sunday morning, I took her to Mass, hoping that familiar, comforting rituals might help her believe her depression would lift. She fidgeted in the pew but managed to sit, stand, and kneel at the appropriate times. Across the aisle from us sat another fidgeter, a disheveled man in a worn coat who muttered to the woman beside him, a stranger, throughout the liturgy.

After the sermon, as the priest solemnly returned to the altar, the man rose and shouted an impromptu address, ending with the enigmatic statement: “I know I speak for others here when I say, keep it simple!” His lone voice echoed off the marble pillars and was lost in reverberation.

I looked at my mother. To my eyes, she and this man were members of the same tribe, lost in their circuitous thoughts, striving for connection to the kingdom of the well but trapped in the unhealthy kingdom of their minds. She showed him no sign of recognition.

As I was leaving that afternoon for the airport, my mother paced her living room and repeated her mantra: “I’ve got to get out of here. Got to get out of here.”  Her depression had become a prison she longed to escape. My siblings and I talked with her longtime psychiatrist, who couldn’t explain why her regular medications weren’t working. We moved her into short-term assisted living, where the nurses could monitor her nutrition and her pills. She was so overcome with anxiety that she didn’t know one day from the next, and we worried she might accidentally overdose. We tried our best to keep her safe.

READ: What My Dad’s Suicide Taught Me About Resilience 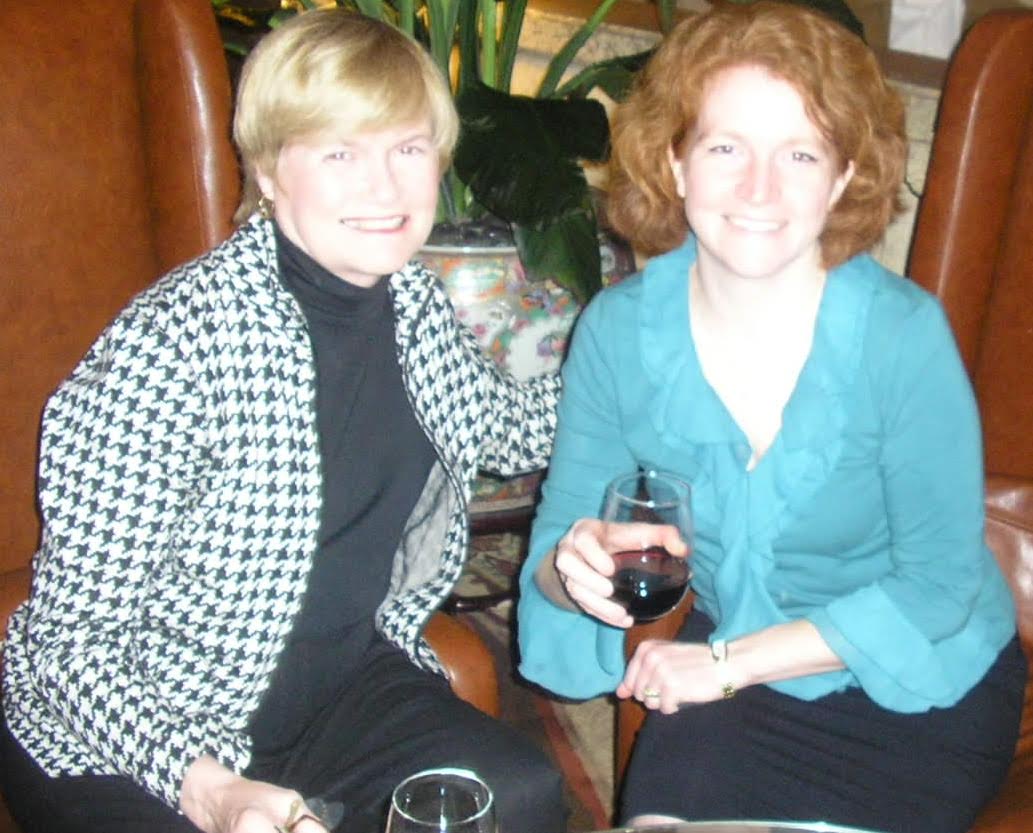 The author and her mother (Courtesy of Kelly Matthews)

Fifteen days later, after eating breakfast with the other residents on her wing, she returned to her room and hung herself. It was three weeks before Christmas. I got the call as I was driving to work. I remembered her repetitive muttering: “I’ve got to get out of here.”  She had escaped the only way her tormented mind could come up with. She traded the kingdom of the sick for the kingdom of heaven.

In the months that followed, I noticed people on the margins in a new way: the man who daily begs from commuters at a local intersection, the woman who asks me for change when I go to the store. These are people my mother taught me to help when I was a child, and they are the people she eventually resembled in the depths of her own mental illness. I used to avoid acknowledging them — I was in a hurry, and I doubted my spare change would help.

Now I make sure to look each person in the eye. I touch their hands as I give them my coins. I want them to know that I really see them, that while I inhabit the kingdom of the well, I am marked by my inheritance from the kingdom of the sick.

“Take care of yourself,” I say, over and over each day.

Words I wish my mother could have heard.

Kelly Matthews has published short stories in Salamander, Jewish Currents, and Pangyrus, and has won fiction awards from Ulster University and the Massachusetts Cultural Council. She teaches college courses on James Joyce and other Irish writers, and she lives in the Boston area.