What Is ‘Sexual Bereavement’?

We don’t talk about it enough. 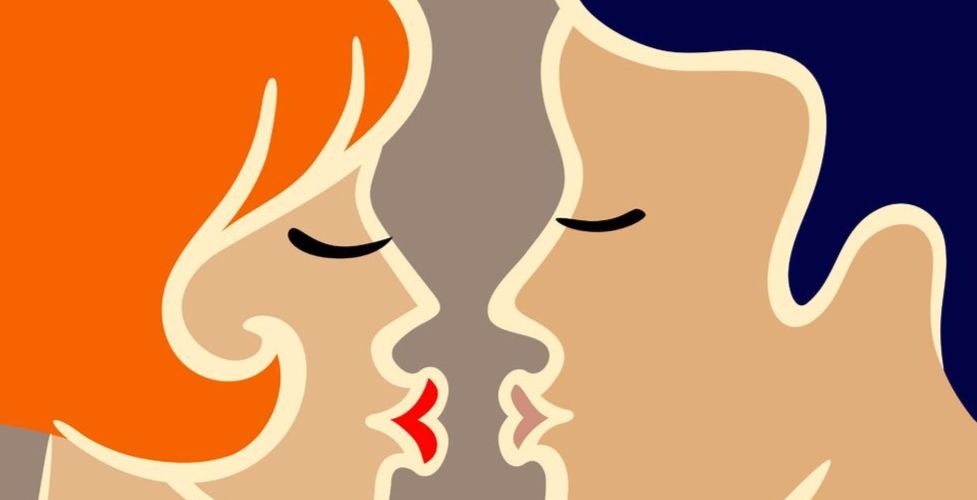 It’s all over the media. Bestselling books, popular blogs, and talk shows have discovered that older people are enjoying sex. One writer in her 70s exclaims that she is having the best sex of her life. Studies report that people in their 60s, 70s and beyond consider sexuality an essential element in their lives and critical to their relationships. But there is one thing these upbeat studies are not saying. People in those age groups are also dying. And the death of a long-term partner leaves someone to grieve the end of this shared sexuality that was so critical to the relationship.

I hadn’t understood the importance of this until Bart, my husband of 40 years, died after a serious illness. I thought I could cope. I could take care of the finances, handle household repairs, maintain the car. More importantly, I was surrounded by a wonderful family and a large group of friends who grieved along with me and allowed me to talk and cry about my loss.

READ: Four Days After My Mom’s Death, I Met the Love of My Life

But I was blindsided by the realization that gone for good was the sexual intimacy that Bart and I shared. Gone was the appreciation and understanding of bodies that had aged together, the decades of shared humor and pillow talk that were intertwined with sexual enjoyment. I was unprepared for the depth of this loss, and I immediately understood that this was not a grief that was going to be easy to share with family and friends.

Self-help books focusing on loss warn that unexpressed grief is like a powder keg waiting to be ignited and that the only grief that does not end is the grief that has not been fully faced. Easy enough to write, but what if there is a powder keg grief that makes people uncomfortable if you try to talk about it? I called this loss “sexual bereavement,” and wondered if there were many women like me reluctant to talk to about it.

Since I am a researcher by trade and training, I began to look at various sources for help with my problem. What I found was a culture of silence surrounding death and sexuality. Popular memoirs by widows went silent on the issue of sexual bereavement. When Joan Didion writes 240 pages about her husband’s death in a book acclaimed as “a classic book about mourning” and when Joyce Carol Oates can “unflinchingly” write another 450 pages about the loss of her husband and neither one of them mentions sexual bereavement, there is a unspoken message to the rest of us: Keep your mouths shut.

Maybe I was looking in the wrong places.  Maybe there would be a frank discussion about sexual bereavement in the numerous self-help books for widows. But frank discussions were nowhere to be found, at least not where I was looking. Sex was barely mentioned in various Griefing 101 books I paged through. However, yearning for touch was considered acceptable and grieving widows were urged to get massages, cuddle grandchildren, and even go to hair salons to get shampoos. In one book, readers were warned that the loss of touch, while distressing, “had really nothing to do with sex.” Really? I didn’t think my own sexual bereavement could be handled by a hairdresser.

What were counselors and therapists saying about this issue? The research tells us that counselors are pretty much like everyone else.  Many find the topic of elderly sexuality uncomfortable and they steer clear of it. An article in The Journal of Sex and Marital Therapy (2014) reported that physicians and therapists generally avoid talking about sex with older patients. An article in the journal Age and Aging (2011) goes so far as to suggest that health care providers might share the prejudice that sex in older people in “disgusting” and “funny.” It is not surprising that a widow recently wrote on a grief blog that she finds it hard to bring up sexual issues and even when she drops hints both male and female counselors skirt the topic.

Almost no one is writing or talking about the loss of this cherished and fundamental part of life. Was this just my problem?  I decided to try to find out what other women are thinking. I contacted a colleague, Linda Simkin, who worked with me in the past on adolescent sexuality research. She agreed to look at the other end of the age spectrum with me and do some exploratory research on sexual bereavement.

We mailed a 19-item anonymous survey to 158 women nationwide and asked them to mail their responses back to us. Researchers consider themselves lucky if about 15% of the people who receive a survey will bother to send it back. We knew we had a real issue when an astounding 68% of the surveys were returned.

The women were 55 years of age or older and currently partnered. We wanted to know how often they had sex, whether they enjoyed it, and if they thought they would miss having sex with their partner if they were predeceased. We then asked if they would want to talk with friends about this aspect of their grief and, similarly, if one of their friends was predeceased, would they be likely to raise the topic of sexual bereavement with that friend.

What we found out: 40% of the women said they had sex once a week or more, 86% said they enjoyed it, and almost three quarters (72%) presumed they would miss sex if their partner died. Most women thought they would want to talk with friends about this aspect of their grief, but more said they would rather have the friend be the one to raise this topic first. Despite this fact, more than half of the women said that it would not occur to them to bring up the topic of sexual bereavement with a widowed friend and, even if it did occur to them, they would probably be too embarrassed to bring it up — even with a close friend.

Older widows fared worse than younger widows. The older the widow, the less likely women said they would be to raise the topic of sexual bereavement. About half the women said they would discuss loss of sex with widows between the ages of 40 and 49, but the percentage dropped way off as the age of the widow increased.

A grief that is not openly acknowledged and cannot be shared is known as a disenfranchised grief. Sexual bereavement fits this pattern. But normalizing the topic might not be easy. For example, as with all griefs, there are things better left unsaid.  We know by now not to suggest to a couple that they should have another child to replace a child who has died. Similarly, while well-intentioned suggestions to deal with sexual bereavement by seeking a new partner or using a vibrator totally miss the point. The loss of the mutual coping patterns that develop over a long period of time in a loving, enduring sexual relationship cannot be fixed or replaced that easily.

As with many other aspects of grief there is value in being able to share the pain with someone who will simply listen and acknowledge the loss. Attempts to talk to friends, family and therapists, are sure to be awkward and bumbling at first, but the more people acknowledge sexual bereavement, the better we will be at finding ways to address it and, perhaps, finally break through the silence that surrounds it.

The full study, Acknowledging sexual bereavement: a path out of disenfranchised grief, was published in Reproductive Health Matters.

Alice Radosh received her doctorate in neuropsychology from the City University of New York. Before retiring to Woodstock, N.Y., where she splits woods to heat her house, she directed New York City’s mayoral Office of Adolescent Pregnancy and Parenting Services. She is the co-editor of a book on women and retirement and her academic publications include research studies on condom availability programs in high schools. She serves on the editorial board of Jewish Currents.