‘My Death Stories Are My Birth Stories’

That precious, precarious, otherworldly state of giving birth reminded me of something else: moving through grief. 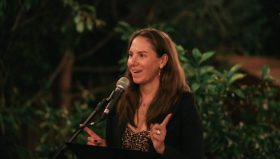 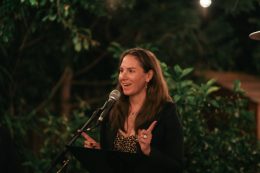 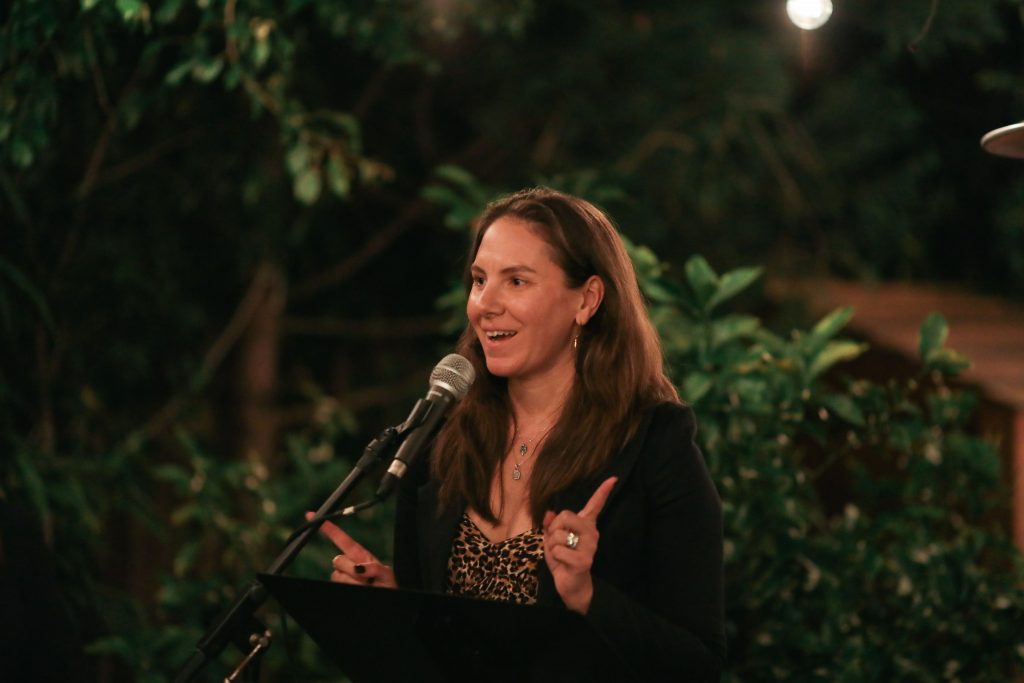 The author tells a version of this story at a Modern Loss live storytelling event in Los Angeles, March 27, 2019, (Ella Hovsepian)

When I had been in un-medicated active labor with my first-born for like 30 hours, after one failed trip to the hospital where I was told I was only two centimeters dilated and should go home.

After a trip to an acupuncturist in the East Village in front of whose office I nearly punched a woman who smiled knowingly as I stood screaming at the top of my lungs during a contraction.

After something like four hundred trips up and down the stairs in my apartment building to try and “move the baby down.”

After a dance party in my living room to try and “dance the baby down.” 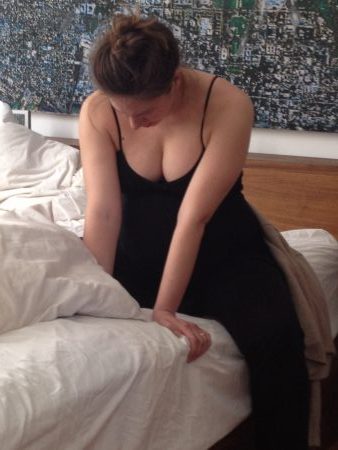 The author, in labor. (Courtesy of Emily Ziff Griffin)

After homeopathic remedies, and chanting, and praying, and singing, and eating, and throwing up, and begging, and bargaining, and pleading with every god and goddess there is or has ever been….

After all this fucking shit, none of which seemed to be doing a goddamned thing except reminding me that I was still incredibly pregnant and in horrific amounts of pain, I had, logically, become convinced that my husband and my labor-support doula were conspiring against me. Much like Mia Farrow eventually discovers in Rosemary’s Baby — conspiring against me to do what, I’m not exactly sure.

Have my baby? I guess? It was confusing.

My husband recalls leaving the room so that I didn’t see him laughing. Because if I had seen him laughing I would 100% have tried to murder him. There was a kitchen full of knives right there. No one would blame me. This was all past the point of insanity.

In order to redirect me, the labor support doula suggested I take a bath. She prepared a warm tub with eucalyptus bubbles and told me to get in. I was pretty sure this was another one of her evil tricks, but I was too tired to argue.

I remember leaning over the edge of the tub in between contractions and muttering “Why, why, why, why?” To which the doula wistfully responded: “This is just how you and your baby are bringing her into the world.”

“Kristy,” I snapped back. “I don’t even know if I want this fucking baby, OK? So that shit isn’t going to work on me.”

Consciously, I did want the baby. She was a planned pregnancy. I had spent months reading books and buying supplies and taking classes and doing everything possible to be ready for her. I believed people when they said you will fall in love like you can’t even imagine.

‘Admitting that part of me didn’t want to move past the pain allowed the rest of me to do it anyway.’

But in that moment, with my consciousness stripped bare, when a deeper, darker part of me was given the chance to speak, it said:

I don’t know if I want what’s on the other side of this.

I don’t know if I want this other life, a life that looks different, that feels different, where I have to be different.

This might be bad, but what if that’s worse?

It took me almost 20 years to come out from beneath the shadow of that, to talk about it openly, to feel my feelings about it, to write and create from it. I spent that time supporting other people’s creative lives while denying my own. I spent it numbing my feelings every way I could — food, sex, drinking, drugs. (I mean, I was also in my 20s so it was kind of OK.) I spent it worried that if I revealed the truth, if I revealed myself, if I allowed myself to inhabit my full power, no one would love me.

It took all that time to become willing to step into what was on the other side of that loss. That willingness began as a desire. And the desire began as a glimmer, a vision of what might be possible.

No longer broken, no longer a victim, no longer robbed of a childhood or cheated out of an easier life. No longer resentful and afraid. No longer abandoned, voiceless, powerless, and sitting on the sidelines.

Something shifted with those words in the bathtub.

Like admitting that part of me didn’t want to move past the pain allowed the rest of me to do it anyway. Soon we were back in the hospital. The same hospital, in fact, that treated my dad throughout his illness. And eventually, after like 10 more hours, my sweet baby girl was born.

Living in that precious, precarious, mysterious, confusing, enlivening, otherworldly state that is grief looks almost identical to living in the throes of creativity, of giving birth. It is in those states that the most profound pain and uncertainty give way to a vision of what is possible, of who we are capable of becoming, of what all of this — this everything — might mean.

I died a kind of death when I was reborn as a mother. When my father died, I birthed a life that would never otherwise have been possible — a rich, complex, and vibrant life that is what it is because of, not in spite of, what I lost.

And it is in those experiences that I have come to understand a very simple truth, a truth I later heard perfectly expressed by Reverend Michael Bernard Beckwith: Pain pushes until a vision pulls.

Emily Ziff Griffin lives in LA where she writes, produces, teaches, daydreams, and mothers two young kids. She is the author of the YA novel, “Light Years,” inspired by her father’s death from AIDS. Find her at emilyziffgriffin.com
190
Share on Pinterest