I Watched ‘The Avengers: Endgame’ and ‘Game of Thrones’ in the Same Week

In the throes of grief over my mother’s death, it was both masochism and meaningful.

Warning: MAJOR SPOILERS for Avengers: Endgame and Game of Thrones ahead!

Several months ago, I flew home to the US from a business trip. It was my first overseas work trip since my mom died in January 2018, and two days prior to this flight my dad had a health scare.

Desperately homesick and battling my ever-present anxiety that everyone I love could die at any moment, I scrolled through the on-flight entertainment in an effort to find a mindless distraction. Something, likely the Devil himself, possessed me to choose Avengers: Infinity War. I’ve seen most of the movies in the Marvel Cinematic Universe and love them all, though I typically tear up throughout watching. Of course, this would be a safe choice in my fragile state. Shortly thereafter, I watched these beloved characters hold their loved ones in their final moments and openly sobbed into my third glass of airplane Merlot, remembering my own final moments with my mom. As I watched people disintegrate to dust, I thought of her ashes. 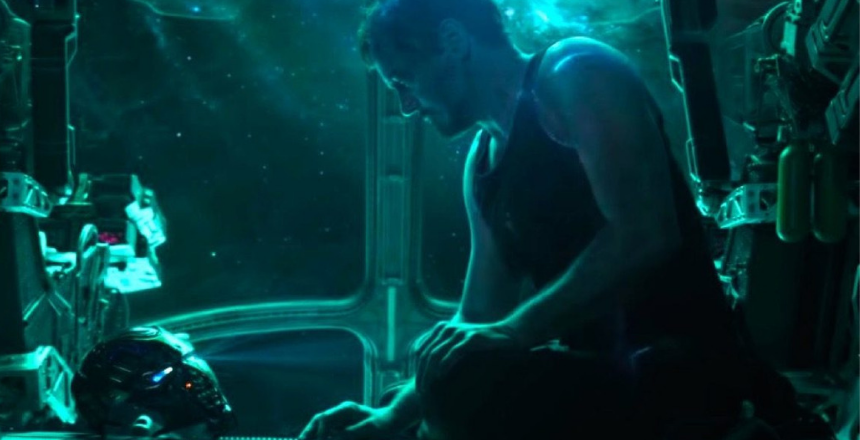 Despite my reaction to Infinity War, it never occurred to me that I could opt to not see Avengers: Endgame. In fact, I was eager to see it. I arrived at the theater on Thursday evening, excited to watch the remaining Avengers undo Thanos’ snap. Of course, tears soon streamed down my face, but this time into an empty box of popcorn instead of in-flight wine. During the first thirty minutes of the film, I saw my grief manifested in the characters on screen: Thor’s anger and isolation; Steve Rogers’ seemingly futile attempts to move forward; Natasha Romanoff’s impulse to “fix” this. Tony Stark’s efforts to build something good for himself and his remaining loved ones. In the 15 months since Mom died, I have been and continue to be each of these characters in the aftermath of their losses. It was shocking and painful to see those elements of myself projected on the big screen.

Tony Stark’s death was the most difficult scene for me by far. A lot of people think it’s not good storytelling if everyone gets a happy ending. But I do not want good storytelling. I want Morgan Stark to have her father. I want to have my mother. I called my dad on the way home, just to hear his voice, because in the aftermath of that movie I so desperately needed my remaining parent. I sat quietly with my pain for the rest of the night, but for some reason read every article I could find on Endgame. I had an emotional hangover on Friday.

Barely recovered from Endgame, I proceeded to immediately and voluntarily watch Game of Thrones: The Long Night with my boyfriend on Sunday. I am less invested in the characters on GOT than I am in those of the Marvel Cinematic Universe, leading me to believe that I would not have what I call a “grief flare-up,” as I did with Endgame. Yet again, I was wrong. Similar to my reaction to Endgame, it was not the death that elicited my sadness, but the grief. As Daenerys sobbed over Jorah, I was once again reminded of my mom’s final moments and of my own debilitating grief in the weeks that followed. I used my night-owl tendencies as an excuse to stay up when my boyfriend went to bed and secretly watched the scene repeatedly on my phone.

There is an inherent masochism behind my behavior last week. I willingly, knowingly, and repeatedly subjected myself to things that would deeply upset me. And despite my reactions to these scenes, I know I will watch Endgame again and that I will see GOT through the finale, which I’m sure will only bring more loss and grief.

Why will I keep doing this? I spent time pondering this question as I watched Daenerys’ raw, early moments of grief for a third time before having a realization .During Endgame and GOT, I thought not only of how painful loss is and how desperately I want my mom, but also of the universality of it all. As much as grief is an inherent part of the human experience, it can also be excruciatingly lonely. I often talk about my mom, but rarely do I feel I can talk about my grief. Watching these stories unfold within days of each other was definitely brutal, but it was the least isolated I have felt with my grief in a long time. Grief is not often discussed openly in our society, but it is often a theme in movies, television, and books. It is the human experience that informs these depictions and it is through these depictions that I realize this: I am not alone in it.

Molly Canty lives in Washington, DC where she works for a social enterprise focused on technology and global health. When she’s not at work, Molly is likely curled up on the couch watching baking shows with her boyfriend and her dog or exploring nearby vineyards.