My Stillbirth Experience Changed the Way I (Don’t) Plan

The daughter I had so many dreams for never took a breath of fresh air. Now I have a healthy baby, but I don’t let myself imagine the future. My son will turn one in June, but I am having difficulty planning his party.

I’m not overwhelmed with choices or being indecisive. I just don’t want to let myself make those plans. I don’t want to be disappointed if they don’t happen.

In 2012, I lost my unborn daughter the week before Thanksgiving. I’d already mentally planned out what that Thanksgiving would look like. I even knew what Roxy would wear to meet her grandparents the week before Christmas and what she would wear to Christmas Eve mass. When we lost her, I mourned not only my daughter but also all the lost possibilities and milestones that we would never share.

I got pregnant relatively quickly after we decided it was time to start a family. Everyone was excited. My pregnancy was easy. I had no morning sickness, wasn’t overly tired, and had the clearest complexion of my life. Although he would never have said it out loud, my husband Scott wanted a little girl, and when we discovered we were having a daughter, I, too was elated. I looked forward to bonding with my own mother over the shared experience of being mothers to daughters. 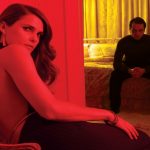 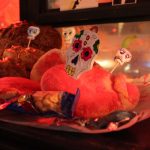 I was excited on November 14, although I knew the likelihood of having your first child on its due date is highly unlikely. I went for a long walk that morning and stopped for lunch. I got home around 3 and was tired, so I decided to treat myself to a nap. When I woke up around 4:30, I noticed that Roxy wasn’t moving as much as she usually did. I drank some juice, lay on my left side and began a kick count. When Scott got home at 5:30, I told him she wasn’t moving much and we called the doctor. Even when the doctor told us to head to labor and delivery, I wasn’t too concerned. I had heard plenty of first-hand accounts of how babies slowed down right before they were born after dropping into position and runing out of room to squirm.

The drive to the hospital took a long time; Hurricane Sandy had swept through two weeks before, and the city was still recovering. Our planned route through the tunnel wasn’t an option, and we fumbled trying to navigate the best way. Scott dropped me off and went to park while I checked in. The nurse took me back to an empty triage unit and began to hook me up to the monitors. She couldn’t find the heartbeat. She left to get another nurse and left me alone in that silent room. When the second nurse came in, I started to panic. They brought Scott in, and I had to update him. It is the only time I have ever seen my husband turn ashen. He was almost sick. The on-call doctor came in to tell us what we all already knew— our little girl was dead.

We both went into autopilot. We were admitted and removed from the other laboring women. I told Scott I didn’t know if I could do it. How would I be able to get through labor knowing that the baby I was birthing had not survived? I also didn’t know if I wanted to see her. A stoicism born out of necessity was taking over and pushing emotion out of the way.

My OB-GYN insisted on coming in for the delivery. When she arrived, we discussed what would happen next. In an attempt to make it all be over as quickly as possible, I asked about a c-section; she said it would be better for me physically to deliver vaginally.

Ten hours later, at 10:07 AM, I gave birth to Roxane Persephone Chinn, a beautiful 19-inch long, 6 lb 8 oz baby girl with my lips and her father’s eyes. It was silent, only the beep of my IV. Roxanne was quickly taken away to be cleaned up and to wait until we were ready to be together as a family. When they brought her in, I noticed they’d covered her face with the blanket so other people in the hallway couldn’t see that she wasn’t alive. They placed her in my arms and I openly wept for the first time. There are still days I openly weep for her. Scott and I became parents again when our son Desmond was born in June 2014. We try to enjoy each day and all the small things: His goofy laugh, the way his nose wrinkles up when he sees something funny, how frustrated he gets when he can only scoot backwards and wants to go forwards.

We try to be in the moment. We both acknowledge that we don’t know how much time we may have with him. The Type A, super-planner me has been supplanted by someone who doesn’t want to make the plans. I’m not thinking about what my son will be when he grows up. I don’t imagine him learning to drive. When other moms talk about whether or not our kids will get into their zoned school due to overcrowding, I have nothing to contribute even though I feel passionately about education. I even have difficulty buying clothing for him in a size larger than he currently wears. It’s my bastion of self-protection, and I don’t know if it will ever change.

Time helps in learning to deal with your grief, but there will always be lasting differences in me. My life is now divided into two sections: before Roxy and after we lost her.

Katie Irish is a freelance costume designer for TV and film who most recently served as the assistant designer for The Americans on FX. Her first feature, The Widowers, which she not only designed but also produced, was released in February (www.thewidowers.com). In her free time, she loves eating good food, traveling to new places and old favorites, and laughing with those she loves. www.katieirish.com