When Dad was here, we made olallieberry jam on Father’s Day. Now that he’s gone, our sweet tradition has evolved. 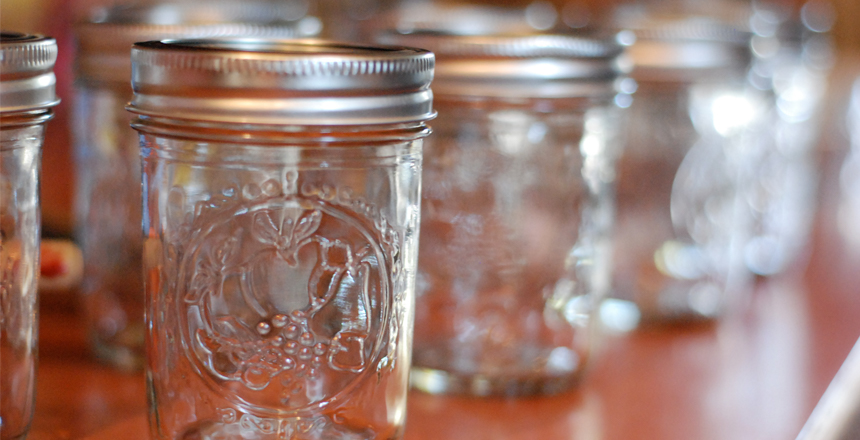 The nine-by-thirteen-inch baking dish, covered with foil, felt weighty in my 15-year-old arms. I lifted it out of the cardboard box the woman from church had just brought to my family’s home and set it on top of the stove in preparation for baking. Fortunately, this Pyrex rectangle didn’t contain a casserole, but something more appealing. It’s not that I was ungrateful for all the casseroles people did bring over out of love and sympathy and generosity, but I’ve always looked forward to dessert the most. My dad had a sweet tooth too, but he had died —  hence the sudden plethora of nine-by-thirteen-inch baking dishes.

The pale yellow sticky note on top provided brief but clear instructions: “350°, 35-40 minutes.” In less than an hour, my mom, sister, and I had our first taste of Creeping Crust Cobbler. Filled with warm, sugary berries, it immediately reminded us of the olallieberry jam we had a tradition of making on Father’s Day. Every third Sunday in June, the four of us woke up early, put on clothes we didn’t mind getting stained, and drove an hour to Gizdich Ranch in Watsonville, California. We lathered ourselves with sunscreen and walked up and down the long rows of olallieberry vines. “Two for the bucket, one for the mouth,” we joked as we filled up our buckets.

READ: Here’s How the World Marks Death With Food

The day’s intermission consisted of a stop at the Gizdich Ranch Bake Shop to share a warm apple dumpling à la mode (dessert memories are a theme of my childhood). Then, once we got home, it was back to work — time to make the jam! 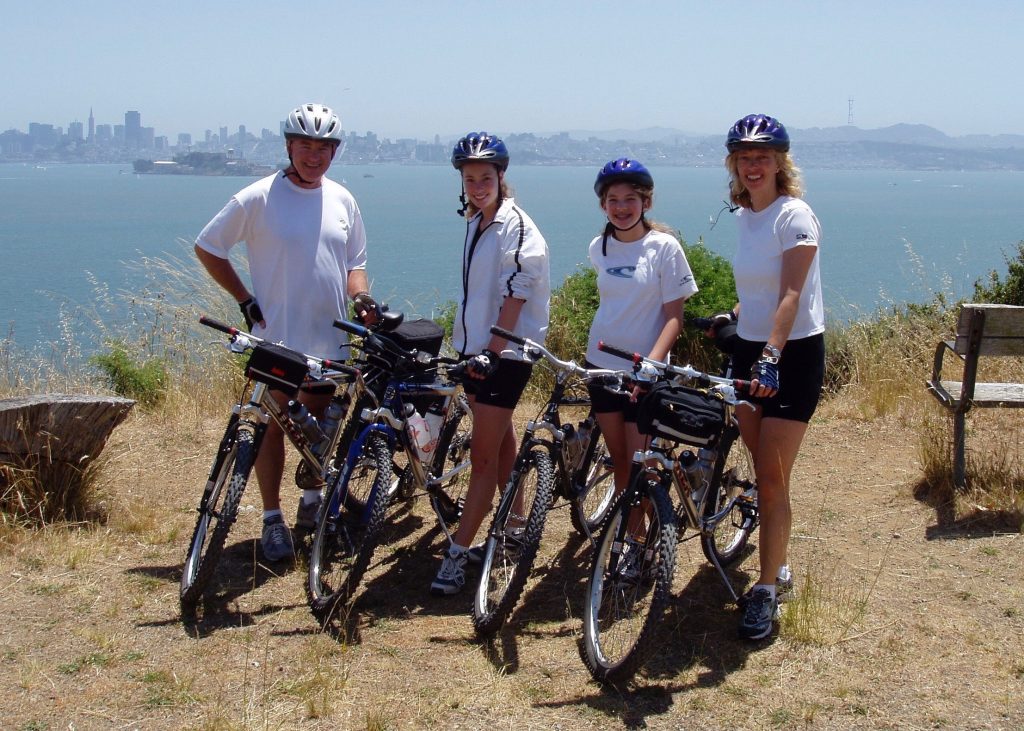 The author, second from right, with her late father, her sister, and mother. (Courtesy of Shannon Casey)

My mom washed the berries, lined up the jars in rows, and boiled the lids to sterilize them. She oversaw the whole operation. As the youngest, I got the fun job of squishing the berries into a lumpy pulp with a potato masher. My older sister mindfully measured the sugar, using the flat edge of a butter knife to level off the heaping scoops, and counted out loud as she poured it into a large bowl. My dad stirred the large pot of soon-to-be jam as it boiled on the stove and told us when it was time to slowly add the sugar. He kept stirring, standing over that hot stove in the middle of the summer, until eventually the molten fuchsia liquid was ready. My parents’ teamwork was seamless as my mom held a funnel steady over each glass jar while my dad poured in the boiling hot jam. My sister and I helped screw on the lids, turned the jars upside-down to set, and voilà — homemade olallieberry jam.

This October will mark 12 years since my dad died, and my mom, sister, and I all live in different cities now. Although we usually get together for the holidays, we’re hardly ever in the same location for Father’s Day. By necessity, our tradition of making Father’s Day jam has shifted, and for over a decade now, we’ve been making berry cobblers. Sometimes we’ll bake one around Father’s Day, or the anniversary of his death, or on a typical Tuesday when something causes all those memories to float a bit closer to the surface.

It was on one of those mundane evenings when I turned on the oven light to watch the cobbler bake and realized that that’s how my grief is now — usually below the surface, but inevitably creeping up when certain ingredients are combined just so.

Each year when the season begins to change from summer to fall, I know the anniversary of my dad’s death is just around the corner. The ubiquitous falling leaves tend to provoke tearful reflections on death and decay, yet I’m grateful for the reminder that in the midst of change, there is still beauty. Last fall, my sister and her husband came to visit me in Washington and we went apple-picking. Of course, it wasn’t the same as picking olallieberries, but we were together. To borrow from Walt Whitman, we were together and we remembered the rest.

Shannon Casey is an intermittent traveler, writer, photographer, and musician. She is also a physician assistant currently practicing in Seattle, Washington.

5. Spoon berry mixture over batter (do not mix; batter will creep up around the berries)